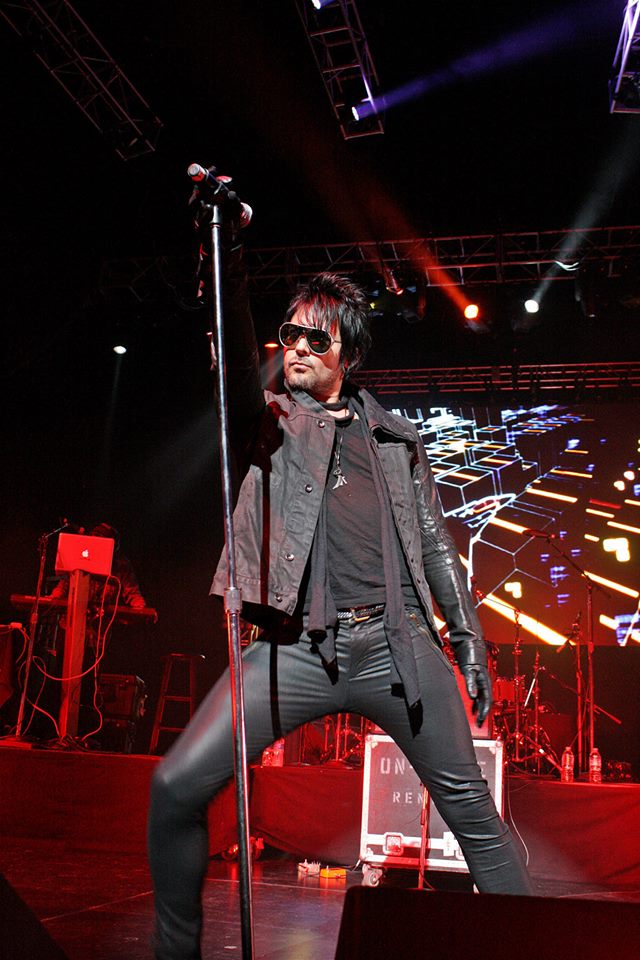 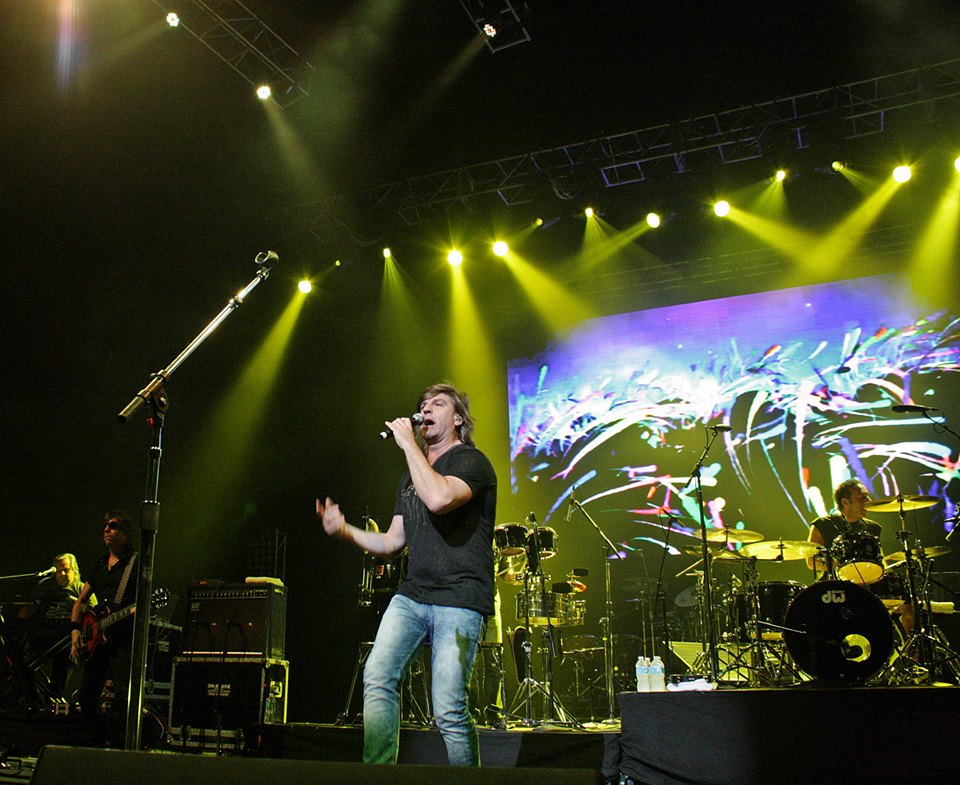 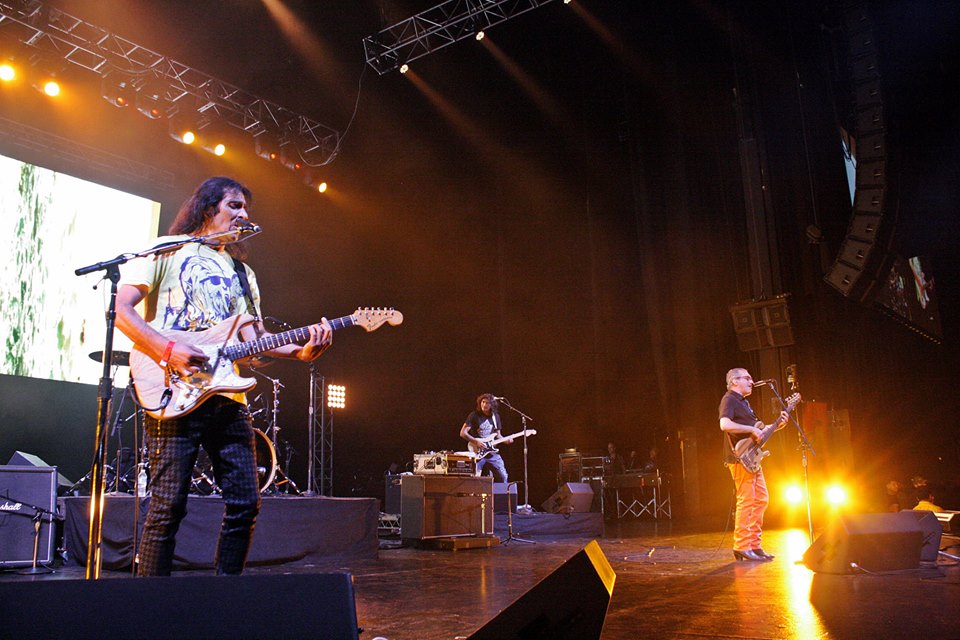 On Saturday, August 3rd, at the historic Gibson Amphitheater, L.A’s pop rock station, Super Estrella, put together another version of their “La Tocada” concert series with Argentina’s Vilma Palma E Vampiros and Enanitos Verdes and L.A. resident, the Chilean superstar, Beto Cuevas. Unfortunately, this was the last Spanish rock concert ever in this venue as it will soon be turned into a Harry Potter attraction for Universal Studios.

For those of us who have grown up attending concerts at his venue, it was a nostalgic night as it was not easy to look around and point out where you sat the first time Caifanes played there, or that magical show put on by Ozomatli, Los Fabulosos Cadillacs and Café Tacuba, all in one night. Or all those great Spanish rock festivals where we could see and hear bands of the caliber of La Ley, Aterciopelados, Los Rabanes, Fobia and so many others; or that infamous last Heroes del Silencio concert in 1996, that abruptly ended after only a couple of songs and we would not see Heroes Del Silencio live again for another 10 years.

Vilma Palma E Vampiros opended the show to an almost empty theater, but before the first song ended, the place quickly filled up and the audience soon began to dance to the high energy performance by lead singer Mario “Pajaro” Gomez and the rest of the band.

After a short intermission, former La Ley lead singer, Beto Cuevas, took the stage with “Miedo Escenico” from his first solo album by the same name. From the very first chords onecould sense that Beto’s performance would be hard to match and with a tight sounding band backing him up, Beto Cuevas rocked through songs that have now become classics like “El Cinico” and “Vuelvo” as well as La Ley classics, like “Mentira”, “Aqui”, and “El Duelo” and a raucous rendition of the classic balad “¿Quieres ser mi Amante?” from Spanish balladeer, Camilo Sesto.

Enanitos Verdes closed the show, but unfortunately, as it happened at “El Reventon” at Staples Center in DTLA last year, the energy level dropped considerably and some people looked bored as they sat there looking at their facebook messages or texts as they waited for the “hits” to be played. One would think that a band with the history and experience of Enanitos Verdes could do a better job in setting up their set list to make the show more enjoyable for everyone by placing their hits in a more strategic order to maintain the energy flow throughout the show, but I suppose one also could also say that at this point of their careers, they should be able to do whatever they please. But it was obvious that their audience wanted to hear the hits, and those facebook applications on those smart phones, quickly turned to camera or video when hits like “La Muralla Verde”, “Lamento Boliviano” “El Extraño del Pelo Largo” and their cover of the Los Bukis classic, “Tu Carcel” were played.