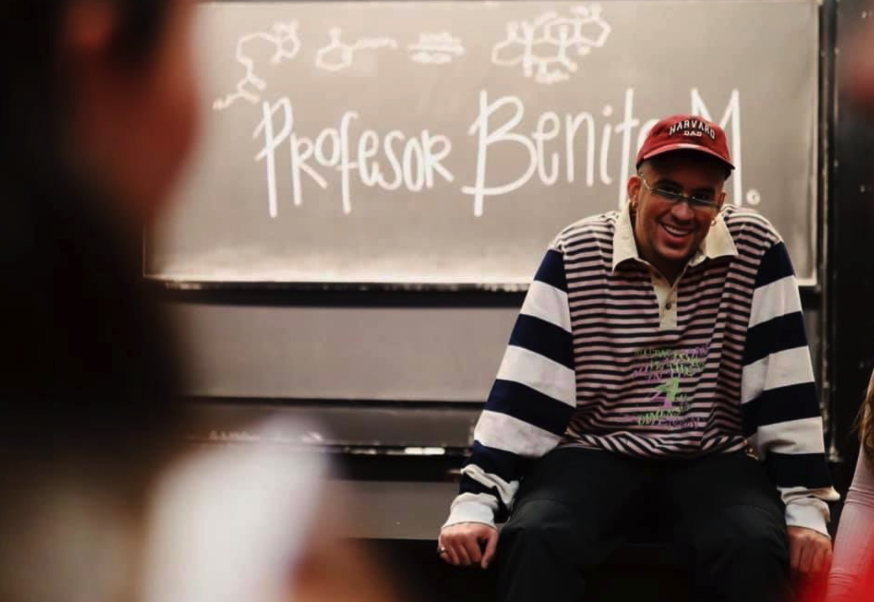 Many of us will remember 2017 as the year Lorde blessed us with Melodrama, or as the year Kendrick Lamar consolidated himself as a rap prodigy with DAMN. But 2017 was also a significant year for the Latino community, as this would be the year in which a song in Spanish would break almost every record on the Billboard Hot 100.

Do you remember this song? Yes, we’re talking about Des-pa-ci-to.

Luis Fonsi’s hit song featuring Daddy Yankee – later remixed with Justin Bieber, sold 10 million copies only in the US. Despacito reached 16 consecutive weeks at the top of Billboard’s Hot 100 ranking. Its reign on the charts could only be stopped by Taylor Swift’s controversial comeback Look What You Made Me Do.

Whether we love or hate this catchy song, we can’t deny it had a significant influence on the American industry, opening many doors for Latino urban artists like J Balvin or Bad Bunny. Latino culture is trendy; there isn’t a club where you don’t hear reggaeton, even major Latino stars like Shakira and JLo starred in the most emblematic event of American culture, Superbowl Halftime Show. We are everywhere, and we are here to stay!

In this article, we proposed to explore the trajectory of 5 artists with Latin roots who have been stepping into the global music scene, bringing their rich influences in sound and tradition to both mainstream and underground publics.

Born in Venezuela, Arca is one of the most innovative artists on the music scene. At the age of 24, the producer had already collaborated with big names in the industry like Kanye West, in his acclaimed cult album Yeezus. But her breakthrough moment wouldn’t come until Bjork recruited her for her comeback album Vulnicura. Arca is known for pushing boundaries between what’s listenable or not, mixing Reggaeton-like beats with industrial noises and busy productions.

As a solo artist, she has released 3 Albums and several mixtapes and Eps. Her homonymous record (2017) took us all by surprise. For the first time, we were able to hear her magnificent opera-like voice; in songs like Reverie –  a queer, post-apocalyptic revision on Simón Diaz’s classic Caballo Viejo, the singer mixed and intricate electronic production along with overwhelming vocals.

Arca might be responsible for shaping modern R&B and urban genres, her industrial productions have been present in works like FKA Twigs’ LP1 and Kanye West’s Yeezus. Two highly influential albums that have inspired a new generation of artists.

Recently, the Venezuelan producer has announced she’s releasing a new album, Kick I, later this year, which will feature Bjork and Sophie’s collaborations later. We can’t wait to see where this music provocateur will take us.

This Colombian-Canadian singer and producer rose to fame when she received the highest award in Canadian music in 2017. La Papessa (2016) took the grand prize over albums by Leonard Cohen, Gord Downie, and Feist. It was the first Spanish speaking record to win the Polaris award – not to mention that Pimienta would be the first queer Latina woman to win such an award.

Lido’s Wayuu and Afrolatina’s roots can be seen all over her sophomore album, La Papessa. Her mix of champeta, electronic and African music was perfectly blended into this lo-fi, self-produced record. Her lyrics are not exempt from her strong social sensitivity, addressing issues like female empowerment, queerness, race, machismo, and other Latin-American dynamics.

After the success of La Papessa, we were eager to see what the Colombian singer would bring on her new project. Miss Colombia arrived this year, and our expectations were exceeded. In this new record, Lido shows us a new pop sensitivity mixed with the typical folkloric sounds that already define her. The most moving moment on the new album comes from Pelo Cucú; this song features a local Tambor group headed by an Afro-Latina woman. Pelo Cucú could be the Barranquilla equivalent to Solange’s Don’t Touch My Hair since Lido celebrates her curly hair against European beauty standards.

Both La Papessa and Miss Colombia are great exponents of Lido’s range and creativity. We couldn’t be more glad to have such a prodigious representation of Afro-Latino culture.

Following the trail of Becky G, Anitta, and Karol G, there’s Paloma Mami, the new rising reggaeton promise. Paloma Castillo was born and raised in Manhattan until she moved to her parents’ homeland, Santiago de Chile, at 16.

She took her first steps to fame in 2018, on a local talent show. Paloma knew that she was too much for the show, so she released her first single Not Steady, previous days before the premiere. Paloma definitely knew how to use clout, since she lasted just two weeks in the show, starring a dramatic self-elimination.

Months after the release of her single and her first performance as the opening act for Arcangel, Paloma would be signed by Sony Latin Music, becoming the first Chilean artist to achieve this milestone. Her next single No Te Enamores reached one million views on YouTube in just 24 hours after its release.

Fingías was the song that catapulted her to international fame. An immersive urban theme with a subtle and seductive production. It currently has 80 million views on YouTube. Paloma has collaborated with C. Tangana and some of the most prodigious producers in the urban scene, like Tainy or El Guincho.

Paloma even co-wrote her last single Goteo with Spanish superstar Rosalía! It’s only a matter of time before Paloma Mami releases her debut album, which we are sure will break many records.

This Medellín rapper is a pioneer in the urban genre with about 15 years of an artistic career. Like Ivy Queen, Farina was the first woman to break into the urban gender in Colombia.

The Colombian public met her in 2005 when she participated in The X Factor, where she placed third. After remarkable participation in this popular program, Farina would become a local star. She was launching singles and albums, even playing a role in a successful novel.

It wasn’t until 2013 when Farina took an international jump, releasing Pum Pum ft Ñengo Flow. In 2017, Farina was signed by Roc Nation, Jay-Z’s record label. And since then she’s been working hard and releasing reggaeton bangers.

It’s only a matter of time before Farina becomes a world superstar. Her rapping skills are astonishing; she can sing, spit bars, dance, and act. Farina is much more than a triple threat.

Her videos accumulate millions of views on YouTube. Así Así, her latest collaboration with Maluma, has 47 million views. Farina is an artist who has been able to evolve, adapting to new platforms like Instagram or Tiktok.

Farina recently went viral when she posted her own Savage remix. She took Megan Thee Stallion’s viral song and gave it her own Latina rap twist – just like she did with Blueface’s Thotiana. Dropping iconic bars like No me hablen de mares cuando nadan en peceras, si eres tiburón yo soy la lanza pesquera. (Don’t talk about the ocean when you swim in a fishbowl if you think you’re a shark, I’m the fishing spear).

We already mentioned him, but it is impossible to make a list of remarkable Latino artists without mentioning El Conejo Malo.

Featured in the most recent cover of Rolling Stone, Benito has been breaking records and pushing boundaries like no one else in the reggaeton scene.

In February, Bad Bunny released Yo Hago Lo Que Me Da La Gana, debuting at number two on the Billboard 200 in the United States, becoming the highest-ranking Spanish-language album in history on that list.

Bad Bunny has changed everything we thought we knew about urban music, mixing musical genres and playing with its genre expression, he has created his own identity. Critically praised and commercially successful, Benito is the new blueprint for every urban artist.

Things to Do This Halloween (Sponsored by Goldstar)