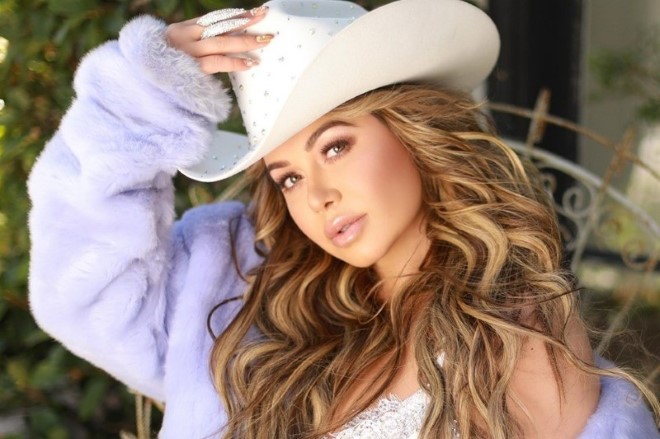 For Chiquis, 2019 was a year of hard work and important advances in her musical career, which served as the foundation for important projects that will come to light in 2020.

In recognition of her performance as a songwriter, Chiquis began the year 2019 with the significant achievement of an important agreement with the highly respected publisher Peermusic.

In the record label field, Chiquis joined the family of Fonovisa Records / Universal Music Latin Entertainment under an exclusive contract. The full support of Fonovisa Records was immediately visible with the release of three important singles, under the production of the famous songwriter and producer Luciano Luna.

The growing support and affection of the public also manifested itself on social medias, as Chiquis surpassed 3 million followers on Instagram. This attention and importance that Chiquis receives from her audience also led her to the important editorial achievement of being named in the Vogue magazine as “The Latin Wedding of the Year”. According to Vogue magazine, Chiquis’ wedding with singer Lorenzo Méndez was the wedding with which the public was most obsessed.

In support of other female singers in an innovative way, Chiquis decided to create her own playlist with Digster, where she herself is the curator of the playlist and is responsible for keeping it updated with songs from other female singers. In addition to the playlist being a form of support, this playlist also served as an initiative to create collaborations with other important women of the Regional Mexican genre.

As expected, the fourth season of the reality television show “The Riveras” was launched in the fall of 2019, reaching successful ratings. To Chiquis’ presence on television was added her participation as celebrity judge in the Estrella TV network show primetime show Tengo Talento Mucho Talento. This was the first season in which Chiquis participated and also the season with the highest rating in the entire history of the show.

One of the most memorable moments for Chiquis this 2019 was her participation as one of the leading artists at Premios de La Radio awards in Dallas, Texas. Chiquis performed three musical segments and was the most cheered of the night, which demonstrated that every day she grows more as a singer on stage and continues to acquire more respect from the public.

To say goodbye to 2019, Chiquis will spend the last few days of the year working to complete the recordings that will be released in the next 2020, which includes important collaborations with artists that will be a big surprise. Chiquis will continue to work hard with great dedication to grow even more as a singer in 2020 to achieve the greatest possible success. The first dates of her 2020 Playlist tour were already announced for the month of March in the cities of Anaheim and San Jose.