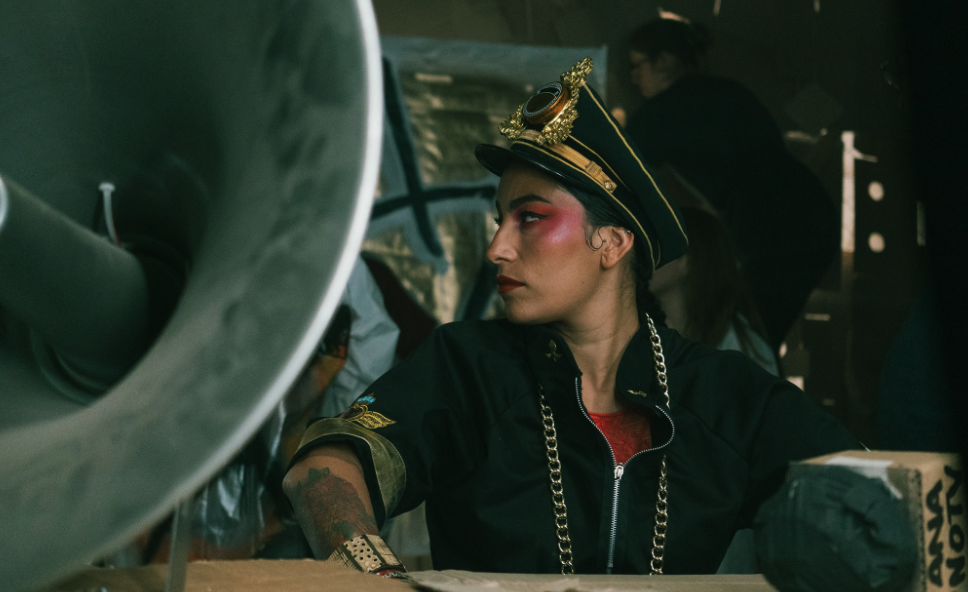 Chilean hip hop queen Ana Tijoux has released the new single “Antifa Dance” with an official music video directed by Daniela López Lugo. ‘Antifa Dance’ is also the name of Ana’s new album, which will be released later this year. It is her first album release since ‘Vengo‘ in 2014.

‘Antifa Dance‘ is an exercise in the sound of fury, full of urban rhythms that do not forget their roots. Ana returns to rap, to the spoken word, and the call for the world to emerge together. To be one-in-all and all-in-one. To the anti-fascist struggle that is once again necessary, however unthinkable it may seem. This new album aims to be an honest embrace for all the people who suffer the injustices of the system and fight against them.

“A few years ago, it was unthinkable to reassess the word fascism,” Ana says. “Facing authoritarianism, unrelenting hatred for the other, we again return to ‘Art,’ with all its force. Art that is charged with music and color. Art that responds in dance, an organized movement of beautiful rebellion. This is why we decided to make a danceable album. It is our profound belief that from pain, the purest act of love and resistance is born. Antifa Dance.“

The album will include her song “Cacerolazo” which was recorded and released in less than 24 hours after the launch of the transformative Chilean protest movement. The song, which now has more than 5 million total streams, became a viral anthem. It was the inspiration for a burst of creativity for Ana as she is now finishing her first album in 6 years.

Ana Tijoux has released 4 albums since 2007 with global hits such as “1977,” “Antipatriarca” and “Shock.” She has toured extensively in 15 countries across the globe and collaborated with artists from Julieta Venegas to Shadia Mansour. Ana won a Latin GRAMMY in 2014 for her collaboration with Jorge Drexler.