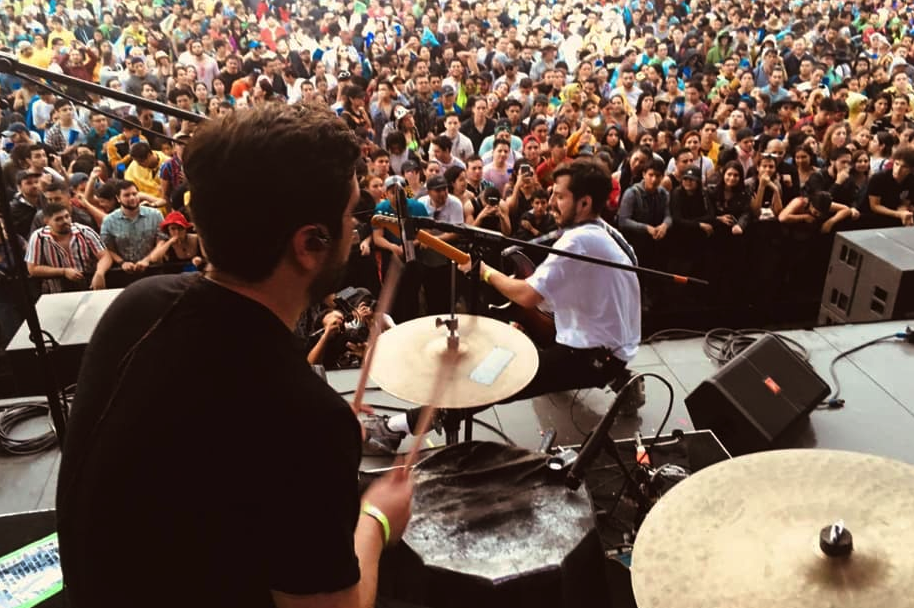 Hailed by some people as “the paradigm of the modernization in the Mexican music scene”, the synth-pop duo known as CLUBZ has had a prolific and internationally successful career since their inception in 2013.

In 2020, with milestones like performing at Lollapalooza Argentina or Primavera Sound under their belt, and with their debut album Destellos considered a favorite among the Hispanic music of 2018; the band is about to have their first show at Plaza Condesa, one of the most important venues in Mexico City.

In order to appreciate the music of CLUBZ more fully, one should consider how this synth-pop duo was first formed. In Monterrey, Mexico, Orlando Fernández and Coco Santos knew each other through a band they both played in. Orlando was the drummer and he asked Coco, one of the guitarists, to teach him some guitar after each band rehearsal. The guitar lessons became jam sessions aided with little beats and synth patterns that they would trigger on iPads. Soon, they were writing songs together with that characteristic 80s pop sound.

One also has to consider what was happening in Monterrey at the time. It was 2013, and a wave of cartel-related violence was still plaguing many Mexican cities. In an interview with El Financiero,

Orlando explains, “when we started the project, there was too much violence here. There weren’t many places to play in, so our only other choice was to put our material online, and that’s how we ended up being known and discovered.”

As to why their retro vibe struck a chord with so many young people south and north of the Río Bravo, you could argue that it’s a tropicalized version of that same worldwide phenomena you see with bands like Miami Horror, Neon Indian, and Tame Impala. However, in the case of CLUBZ, one could point towards one of Mexican music’s biggest names as a rather uncommon inspiration in modern alternative bands: Luis Miguel.

Internet hype and referential production both brought much more attention to their music than what their main band ever received, so as the opportunities began to appear, the pair shifted their attention to CLUBZ. As they toured around Mexico and played most of its major festivals for alternative music, doors started opening up for them overseas. In 2015, they were able to sign with CANADA, an editorial from Barcelona, Spain. That, in turn, led to full-fledged tours of Spain, and eventually the rest of LATAM and the United States all up to the present day.

Get to know them more in this short documentary in Spanish with English subtitles...