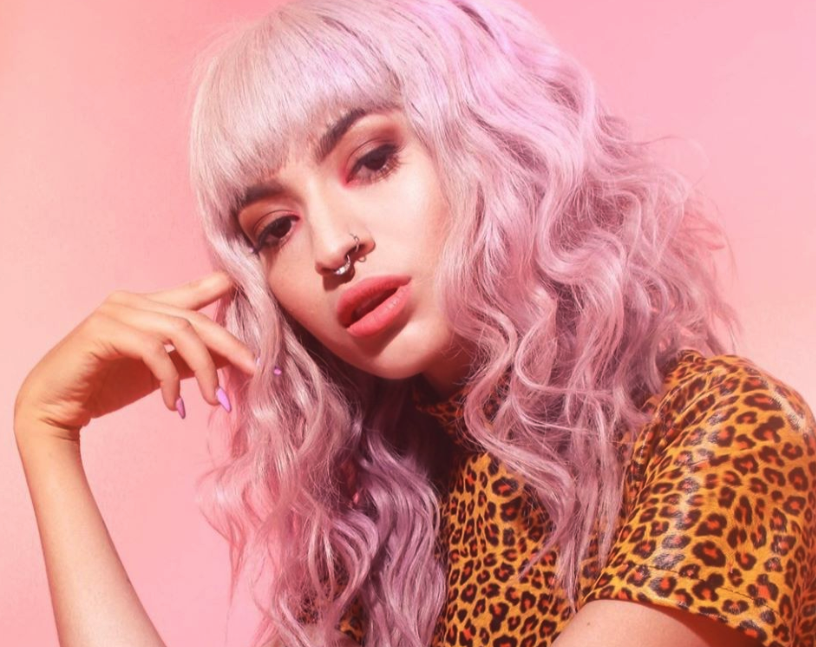 Tatiana Hazel is redefining what it means to create pop music.

Born and raised in the Logan Square neighborhood of Chicago and a daughter to Mexican-born parents, Tatiana has grown into a standout gem within a growing pool of Midwest born musicians and creatives.

Known for her ethereal interpretation of indie pop, Tatiana first began her experimentation with music at the age of 13, where she taught herself guitar by watching Youtube videos and then evidently from there, began her journey as a singer and songwriter. Aside from the guitar, Tatiana has also taught herself how to play the piano, ukulele, bass and drums. After attending Columbia College Chicago for one year to study music business, Tatiana withdrew from school in order to pursue her music career and study the entertainment business independently and on her own terms.

Since then, Tatiana has created an impressive and diverse catalogue of music within a shockingly short amount of time—proving herself not just as a singer, but also a musician, bilingual songwriter and producer. Her first self-produced and Spanish language single “Dimelo” landed her a spot and cover feature of Spotify’s Nuevo Noise playlist in 2017 followed by the release of her debut EP TOXIC in July 2018. Alongside music, Tatiana also retains a lifelong passion for fashion and style and designs and makes her own clothing and costumes for editorials, performances and for other artists as well. Past designs of hers have been worn by the likes of Kali Uchis, Kari Faux and Girl Ultra.

Tatiana’s lyricism is raw, unfiltered and honest—all aspects that pair perfectly with her dreamily catchy, slightly folkloric, but never shallow, pop compositions. Her perfectionist attitude towards her work and music  is what keeps her dedicated and growing fanbase always anxiously awaiting what she’ll do next.

She recently released a new single about her move to Los Angeles from Chicago. Listen to “Hasta Que” (As Long As): https://ffm.to/hastaque

Hollywood Walk of Fame Recognizes the Queen of Tejano – Selena...