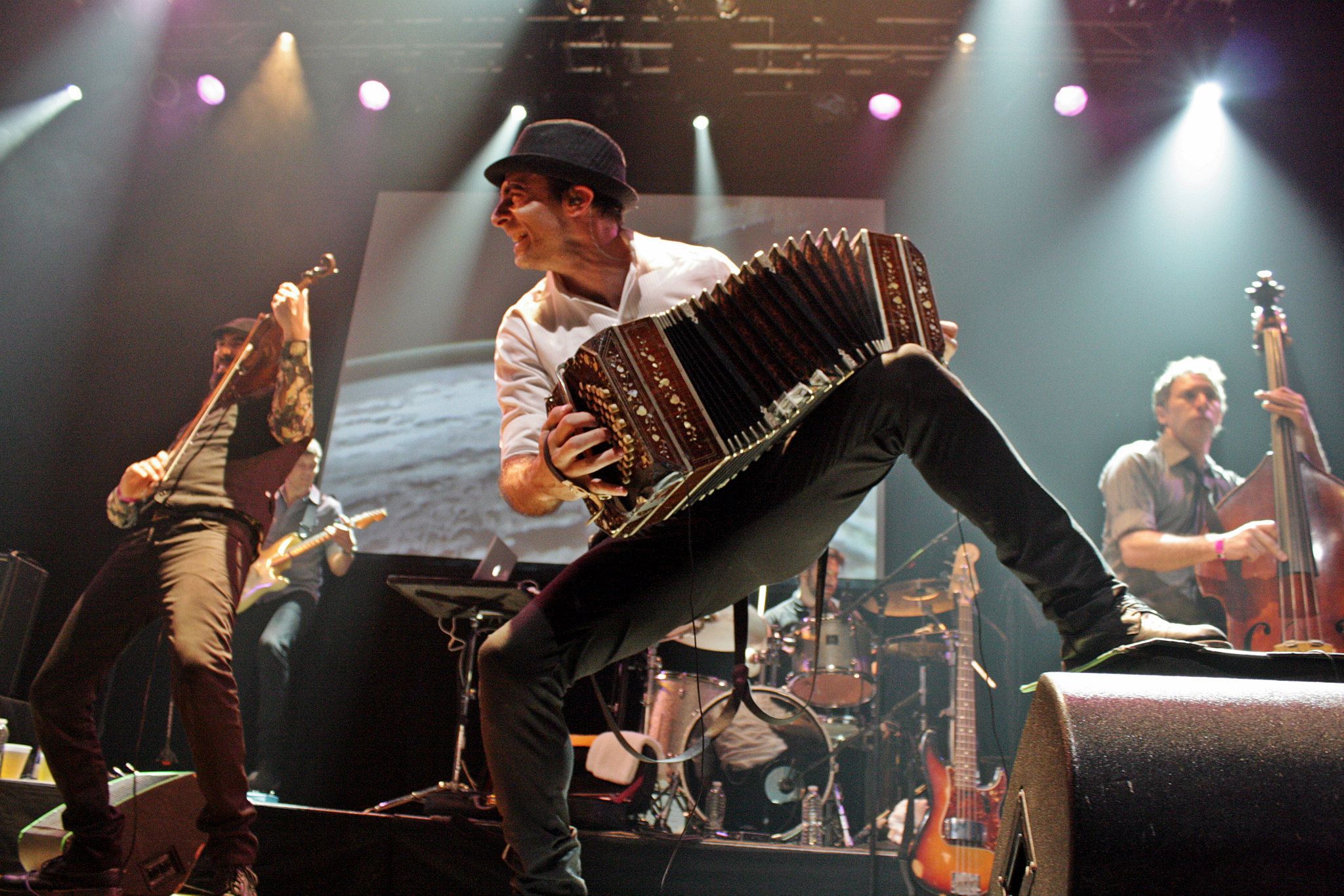 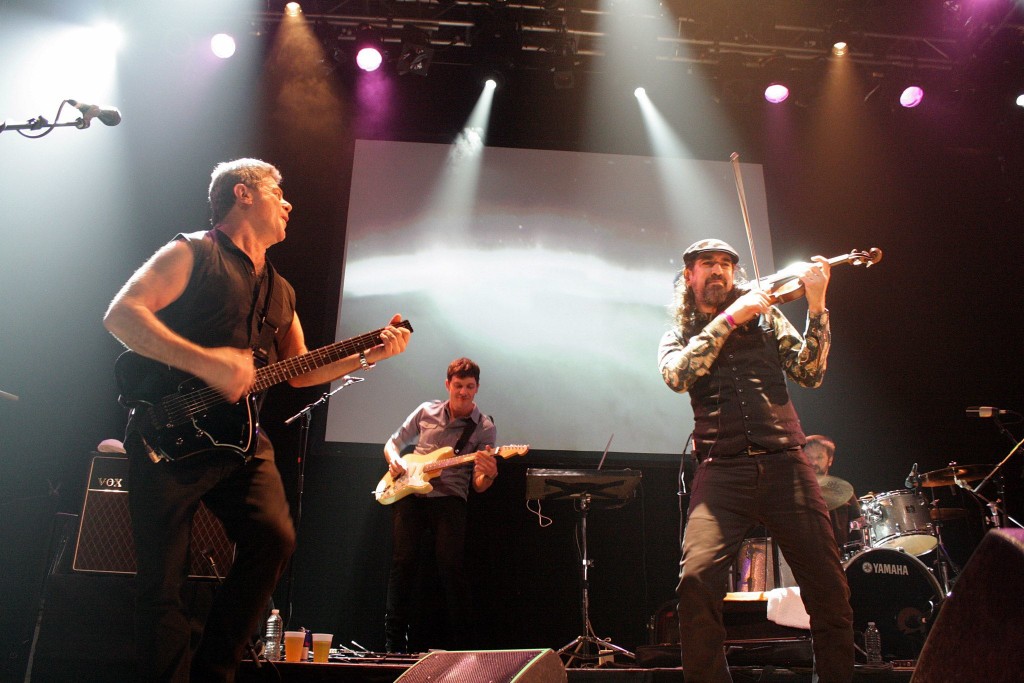 Released in March 2013, Presente is an epic 21-track high-energy tour de force that blends a multitude of traditionally dichotomous genres seamlessly. Gustavo Santaolalla, winner of a Golden Globe, 2 Oscars, 2 Grammys, and 12 Latin Grammys, describes the album as “a trip that takes you from the most magical to the most epic urban moments.” 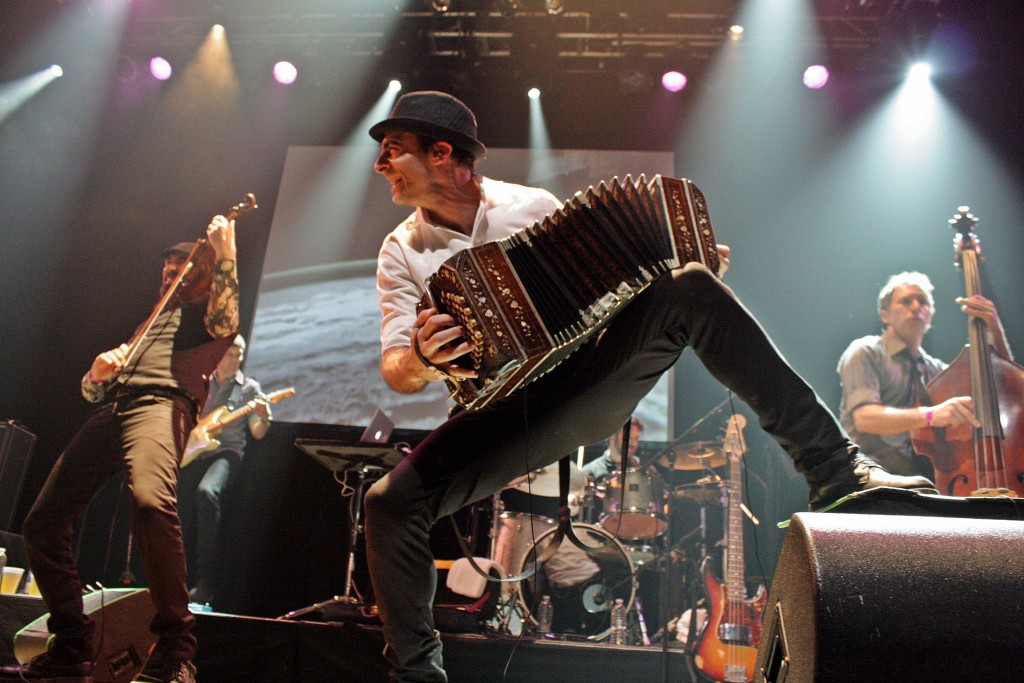 On Presente, Bajofondo creates the contemporary sound of the Rio de La Plata, the river that separates and unites Argentina and Uruguay. Unlike previous efforts that dropped energetic dance floor bombs from the get-go, Presente opens on a low-key, string-based note: it’s the mysterious beginning of a brand new Bajofondo trip that takes the listener to the high-octane energy of its live shows and its ingenious experimentation in the studio. The production team of Santaolalla and guitarist Juan Campodónico captures the common links and individual features of the music found on both sides of the river, but this time on a decidedly international approach that makes Presente Bajofondo’s most ambitious album to date.