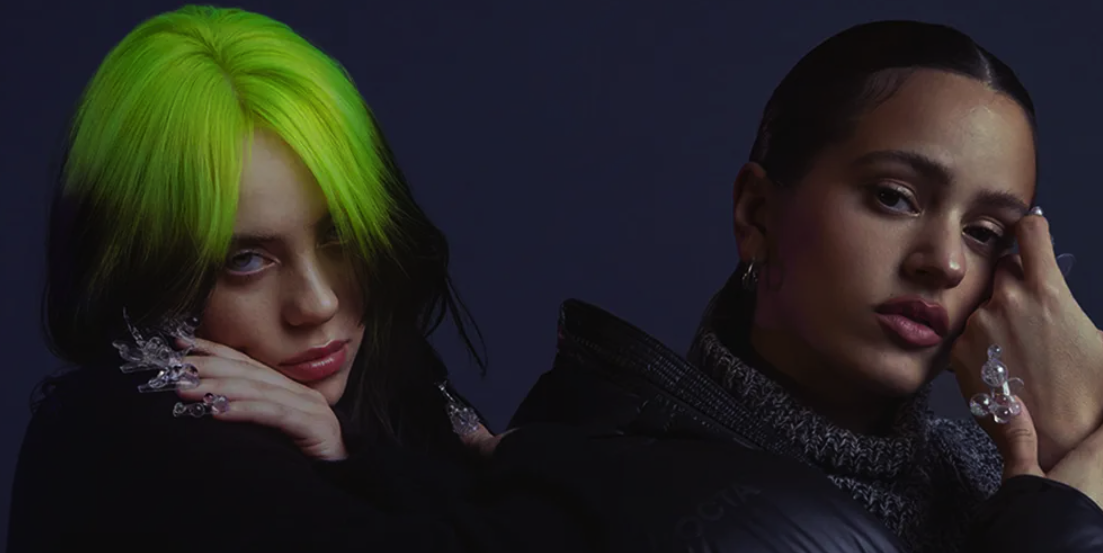 It seems like it has been an eternity since the first time we heard the rumors of the two girls singing together. We saw a couple of pictures on different platforms, but we never got a date.

Until some days ago, when we finally got the confirmation that pop stars Billie Eilish and Rosalia were about to release their newest song together.

“Lo vas a olvidar” (You’re going to forget it) is the name of this long-waited song, and it’s really giving us vibes of melancholy and self-reflection.

The release came with a bonus surprise: the song will be featured in one episode of HBO’s Euphoria, specifically the special episode “Part II: Jules,” which will be released on January 23rd.

Today was the day, and we spent all these hours waiting for the countdown to end. Both girls announced their IGs, and fans immediately went crazy about the song.

Just as Selena Gomez did recently, Billie Eilish surprised us by singing almost the entire song in Spanish. We weren’t expecting it, and honestly, it shows that Billie made a great effort in pronouncing the language right.

When speaking about Rosalia, this is not the only English-Spanish collab she has made. She recently participated in The Weekend’s “Blinding lights.” She also has some incredible collaborations with reggaeton stars such as Ozuna and Bad Bunny.

When you listen to the song, there’s a moment in which Billie’s vocals mix up perfectly with Rosalia’s voice, and you almost can’t differentiate which one is which one.

They met almost two years ago and had some time working together. Billie also said that thanks to the time with Rosalia, she learned to hit notes that she had never imagined she could be able to. It was only a matter of time until we finally got the two girls together.

We also got the official music video, and we just loved it. With minimal lighting and a very simple setup, the video perfectly accompanies the song’s lyrics. In only 20 minutes of being out, the video reached more than 300.000 views, and by now, it has more than 500.000.

We’re pretty sure the numbers will continue to go up and up since this collab is already being called the first bop of 2021.

Have you listened to it? Let us know what you think about it!

It’s not just about clothes

Alaina Castillo Shares a New Side of Her with ‘Mensajes de...