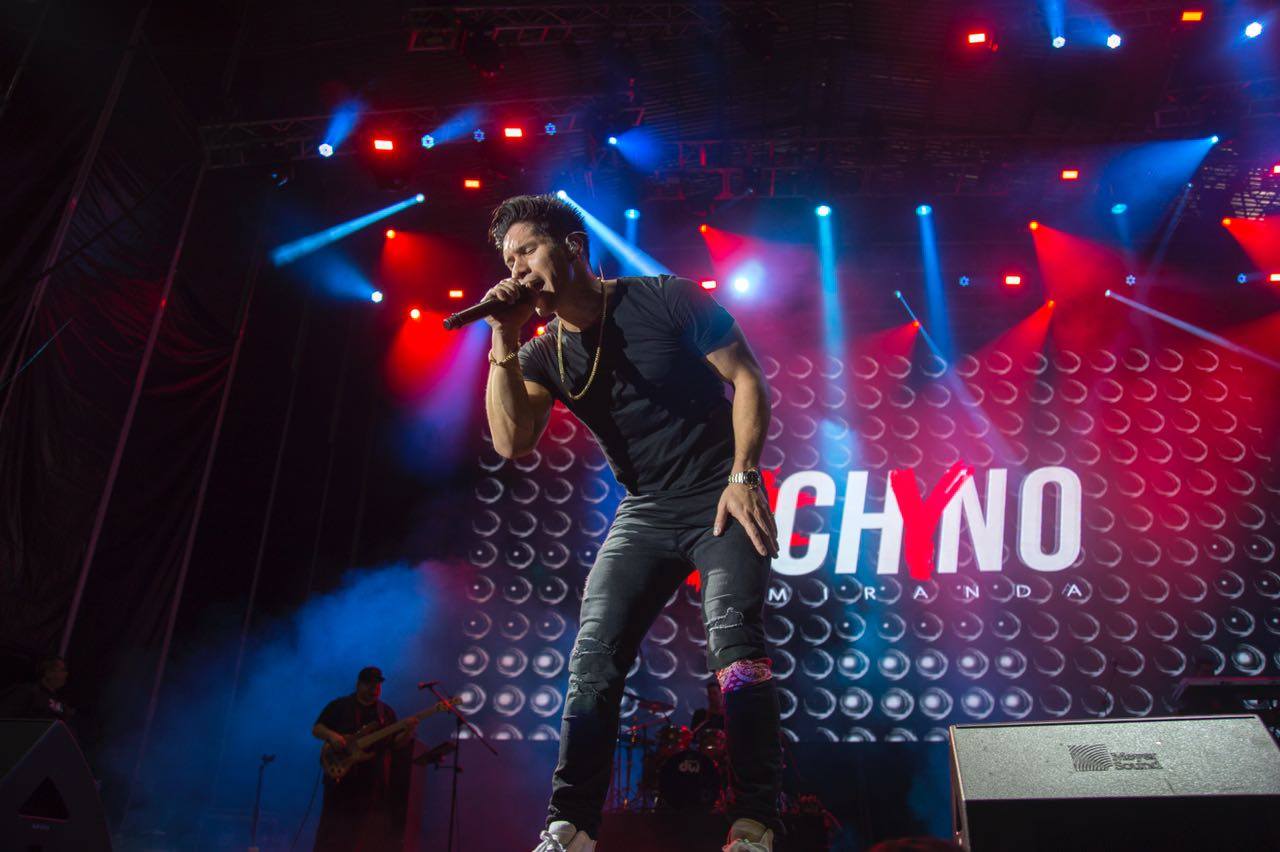 Venezuelan performer Chyno Miranda dedicated a song titled “Tú Me Elevas” to his significant other, Natasha Araos, when he proposed. Fans can enjoy this highly romantic track, now available on all major digital platforms, as well as its music video, shot in beautiful Canaima, Venezuela.

Chyno had traveled to a popular national park in Canaima to shoot scenes. Natasha thought she would be the featured in the video as a model, but was not aware of her then-boyfriend’s plan to pop the question.

Three days into the shoot, Natasha couldn’t find her man anywhere, but agreed to take a helicopter ride she was invited on. When she looked out the window, she saw the artist was by Salto Ángel, known as the world’s highest uninterrupted waterfall. He then asked her to marry him. Children from a local community, the Pemon tribe, sang and joined in a traditional ceremony to bless the couple.

Chyno and Natasha recently wed in Miami. The “Tú Me Elevas” video shows exactly how this touching and undoubtedly unique proposal took place. Watch it here:

Chyno fans will also be pleased to learn that his first single as a solo act, “Quédate Conmigo” (“Stay With Me”) is now available in a salsa version. Chyno teamed up with talented musicians Wisin and Gente de Zona and released it this month, September 2017, on digital platforms.

The original song, from this past July, delighted audiences in Venezuela and Ecuador, where it reached Number 1 on the charts just one week after dropping. Streamed over 14 million times on Spotify, it was also highly successful in the U.S., Argentina, Chile, Peru and numerous other countries. The video, on YouTube, currently boasts around  34 million views.

The new “Quédate Conmigo” song is not meant to compete against the original one, but rather to offer salsa or tropical music lovers a treat. Perfect for dancing!

INTI & VICENTE INNOVATE THE MUSIC INDUSTRY BY LAUNCHING “USA” IN...