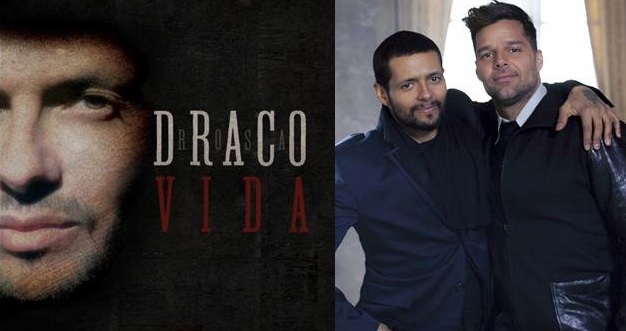 Following a two-year battle with Non-Hodgkin’s Lymphoma, highly respected musician, singer-songwriter & producer Draco Rosa returned with a March 2013 album release of VIDA – a personal celebration of LIFE with his closest musical friends. With an unrivaled Who’s Who of Latin music appearing alongside the two-time LATIN GRAMMY WINNER, VIDA debuted at #1 on Billboard’s “Top Latin Albums” chart – posting the strongest first week sales of any Latin album released in the first half of 2013. VIDA was quickly hailed by critics, praising the album as “elegant, reflective and mysterious… one of the best recordings of 2013-Period.” Now, Draco Rosa’s musical peers in the Latin Recording Academy have likewise heralded the artist’s return to their ranks with x Latin Grammy nominations.

“After an encounter with mortality, one tends to take stock of life with a sense of gratitude and renewed purpose. Robi Draco Rosa goes one better on Vida, his first recording after winning a battle with cancer …a dazzling new entry in the artist’s already significant catalog. Rosa assembled a tremendous cast of guests from many parts of the Latin music world. …The overall tone of the set is simultaneously celebratory and reflective. The arrangements are full of elegant touches and surprises; they showcase the heart of these songs while opening them wider …woven together in an entirely seductive and graceful manner. Vida was one of the most anticipated Latin albums of 2013; it more than lives up to the anticipation. …Vida transcends genre limitations. It will appeal to virtually anyone who appreciates great songwriting, arranging, production, and, most of all, inspired performances. Rosa may have assembled this fine cast in order to celebrate life, but in doing so he has delivered what will undoubtedly be one of the best popular recordings of 2013. Period.”
– All Music

TONIGHT: DRACO ROSA Will Launch The 2013 LATIN GRAMMY ACOUSTIC SESSIONS With An Intimate Concert Performance At AVALON HOLLYWOOD For “Key members of the music industry
and cultural community”