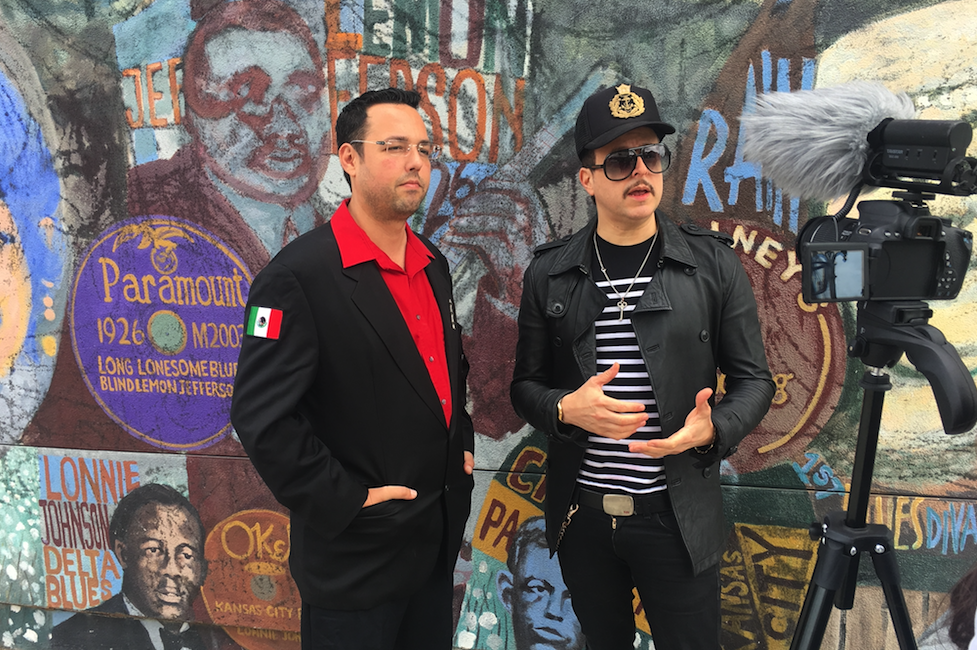 Hailing from Monterrey, Mexico – Mexican Dubwiser is taking both Latin and Electronic music and creating their own unique sound. The duo consists of Marcelo Tijerina and Ulises Lozano. They presented their third album, Boarder Frequency, at Festival Vive Latino in Mexico in front of over 15,000 people.

MusicaRoots: Where would Mexican Dubwiser be categorized in a music store? In the Latin section, right?

Yeah, in Latin. Probably because of the sounds, there’s a bunch of accordion and banda, that’s why they would probably categorize it in Latin. I would probably put it in the World section or Electronica.

Definitely, it’s encouraging to be better and also to demonstrate as a country or part of a Latino community, that we are strong and that we like to work a lot and give the best of our community.

MusicaRoots: Tell us about your music connection with Netflix?

Our Music has been licensed on Netflix. We are on Club de Cuervos in both seasons. We are also in a movie that came out last year called, Que Culpa Tiene El Niño. It went to become one of the biggest grossing movies of the year, for a Mexican film. So we’re really happy that our music is getting this license, we get a little more exposure.

Make sure you check out their new album, Boarder Frequency featuring Money Mark, Tito and Randy from Montolov, Self Provoked, and Myron Glasper. Follow or listen to them on all social media and streaming platforms @MexicanDubwiser

Demi Lovato Hospitalized As She Continues To Battle Addiction