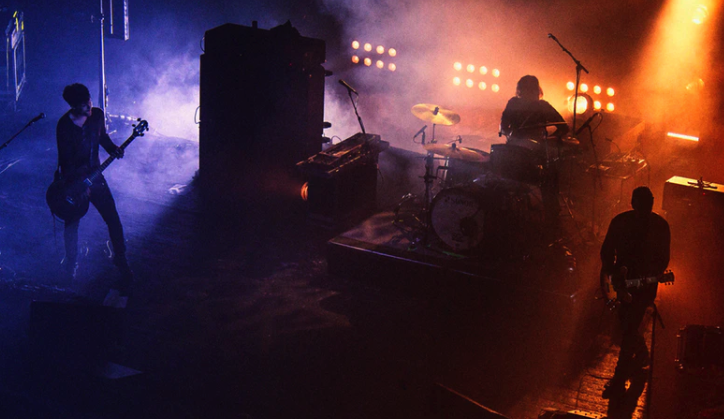 While certainly not as ubiquitous and spread out across the world as English-language rock, Rock en Español definitely has an ample variety of exponents and, we’re going to argue, some world-class acts that people should hear.

Regardless of what your native language is, or whether you understand Spanish or not, the music goes way beyond the dialect the lyrics are written in. If people all over the world listen to “Despacito” even if they don’t understand it, why shouldn’t the same happen with bands like Soda Stereo and Heroes Del Silencio?

Beginnings and The Effects of the British Invasion

With the advent of rock & roll, that is; blues being performed by white people and making the shift to electric instruments, recording industries all over the world began looking for similar sounds to sell locally. Of course, Mexico and Latin America were no exception, and the geographic proximity to the U.S. meant the influence was all the more palpable.

Later, with the mass popularization of The Beatles and other British acts, the commercial appeal for rock music was established and the Hispanophone world followed suit. Locally, you would have groups mainly put together by record labels to cover popular songs in Spanish, but soon young people turned on by the spirit of 60’s era counter culture began forming their groups and writing their own music.

Such was the case of someone like Carlos Santana, a Mexican who moved to California and formed a crossover group that mixed English and Spanish in their lyrics, while also mixing traditional blues and psychedelic rock sounds with Latin beats. In Argentina, you had someone like Luis Alberto Spinetta fronting various highly influential prog-rock projects like Pescado Rabioso.

As in most societies around that time, rock music was faced with repression and censorship from conservative and right-wing groups. The political climate in most of Latin America and Spain, however, meant that the repression was much more radical than in other parts of the world. In Argentina, for example, some artists were forced to flee the country or just hide any anti-establishment messages in their lyrics. In Mexico, rock music was downright banned, excluded from radio and TV, and even underground concerts were shut down by the police. Spain, for its part, was still under Franco’s regime. For its 20 years of fascist rule, Franco’s administration opted to take control of all music and art within Spain, promoting the groups that would agree to never voice opposition towards the government, while blocking any foreign influence. Naturally, this led to a commercial stagnation and isolationism for the Spanish Rock genre during most of the 1970s.

Later on, as societies in LATAM became freer, dictators were overrun, and new world trade agreements were put in place, record labels began understanding the commercial potential of rock music in Spanish all over the globe. This is how the promotional campaign of the mid-1980s, Rock en Tu Idioma, first got its start.

The objective was simple; to promote rock music made in Spanish anywhere from Spain to Argentina. By the time the 1990s came rolling in, a major media company from the United States was suddenly able to establish operations in most of Latin America. This, of course, was Viacom’s MTV.

By the turn of the century, as MTV worldwide began catering to a younger audience and focusing on mainstream pop, and later reggaeton, Spanish rock music started to get displaced. This was especially true for new bands all the way from the Rio Bravo to La Patagonia, and of course Spain. Fortunately, by that time tools like MySpace, and then Facebook and streaming services meant that independent artists could bypass a media behemoth like MTV and do their own thing.

Today, young bands that commit to the Spanish language such as Argentinian’s Bandalos Chinos, Costa Rican’s 424, Mexicans Little Jesus (granted, they’re now signed to a major but most of their career as of this writing was independent), and Chile’s Tenemos Explosivos, are able to tour internationally even without the backing of a major label or a multinational media company. It is also notable that these groups, and the myriad of others, are quite different in style.

This goes to show that both in 2020, and when Rock en Tu Idioma was barely starting, Spanish Rock was and is, a world in itself.