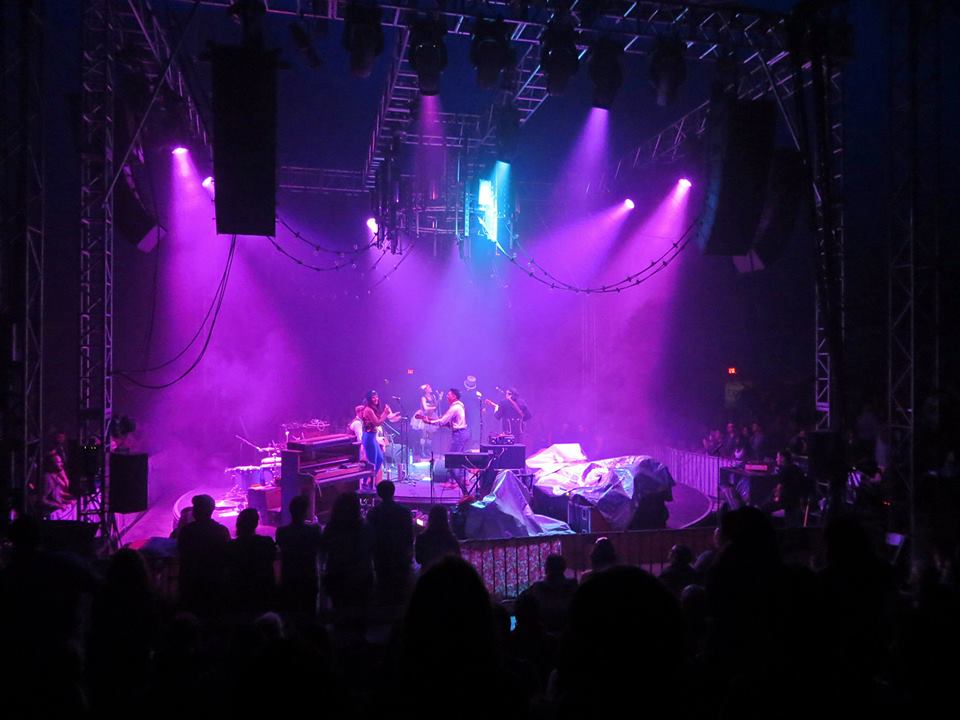 Last Sunday night, Las Cafeteras performed at the closing of Edward Sharpe and the Magnetic Zeros Big Top extravaganza at the Los Angeles Historic Park, which included traditional circus acts, like a ringmaster, marionette show, sword swallowers and acrobats amongst other acts.
Las Cafeteras performance at the Big Top was the first show of their “More Than Music Tour” which will take the band on the road until mid December, with stops in places like Washington State; Chicago, IL; Milwaukee, WI; Canada and finishing up on December 14th in San Francisco. 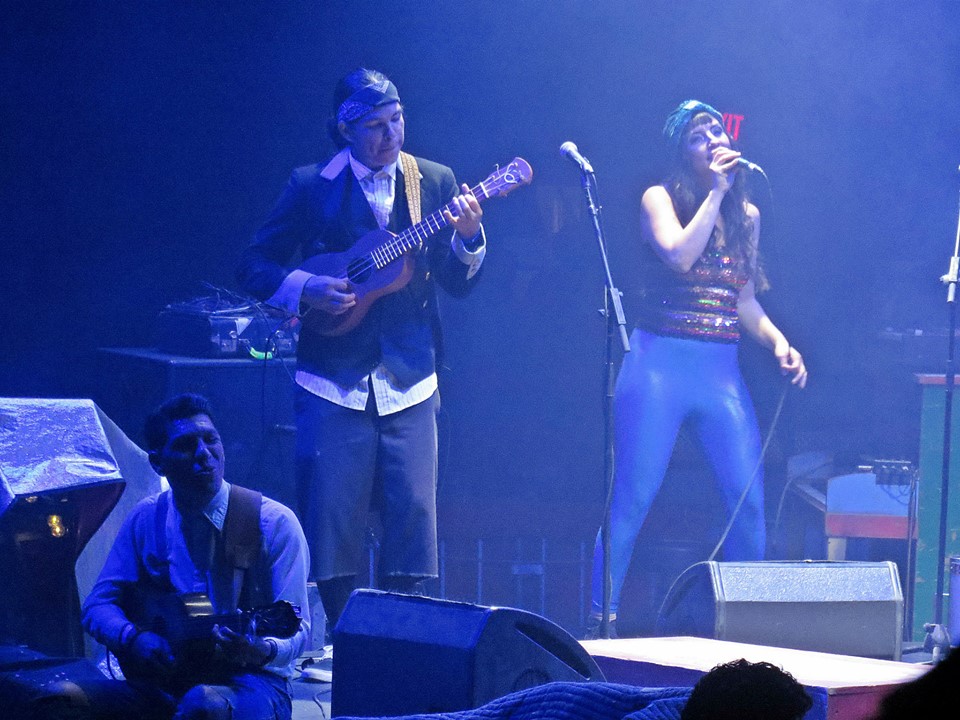 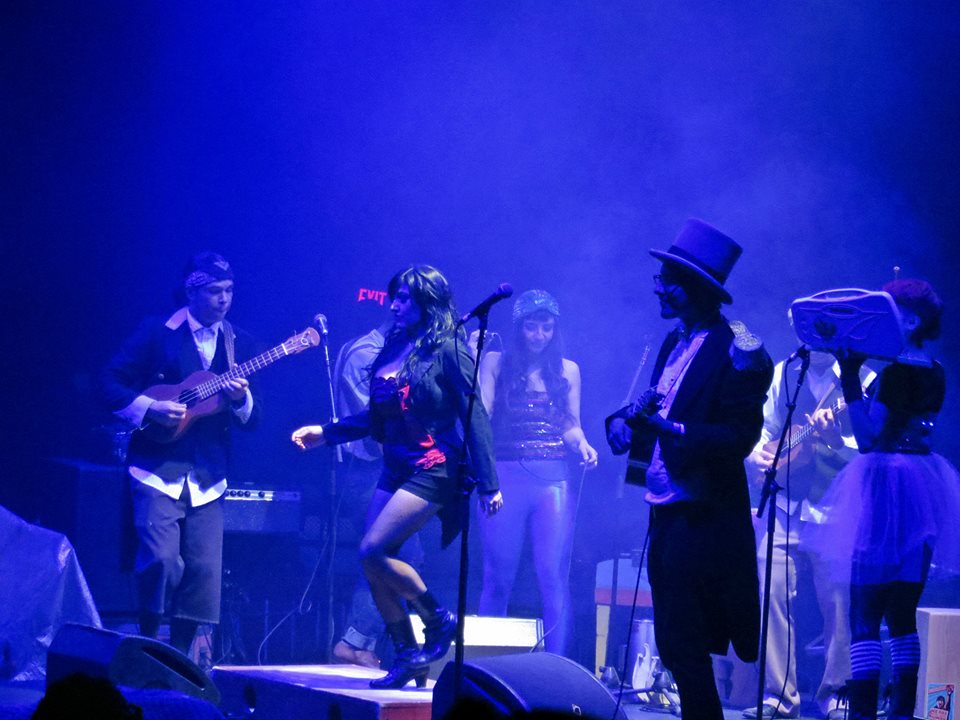 Las Cafeteras is a band that continues to expand on their fan base with their addicting mix of rhythms with jarocho sounds, hip-hop and social content lyrics, and their performance under the big top on Sunday night was no different.
From the moment the band was announced, the fans of Las Cafeteras made their presence heard with a loud welcome. At first, some of the music fans who were not familiar with Las Cafeteras looked somewhat bewildered, but as the band went into their love ballad, “Luna Lovers”, those not familiar with band, began to move along with the music and some held hands with their loved ones and as the song finished, everyone cheered and some even gave standing ovations. 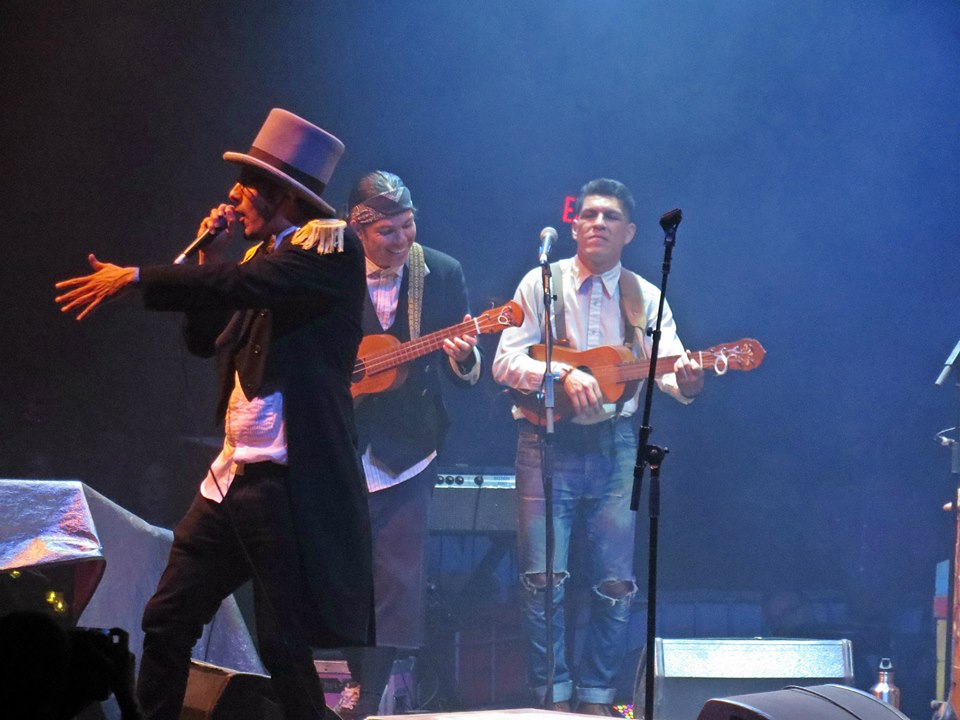 The energy, passion, charisma and musical talent of Las Cafeteras was able to break down the barriers of language, musical genres, ethnic and generational gaps as young and old, hipsters, folkies and rockers of all colors danced along to the Jarocho sounds especially with the familiar sounds of “La Bamba Rebelde” in which every single person under the big top got on their feet and danced along with the band.

ALAINA CASTILLO CONTINUES HER RISE WITH THE RELEASE OF NEW ANTI-SOCIAL...