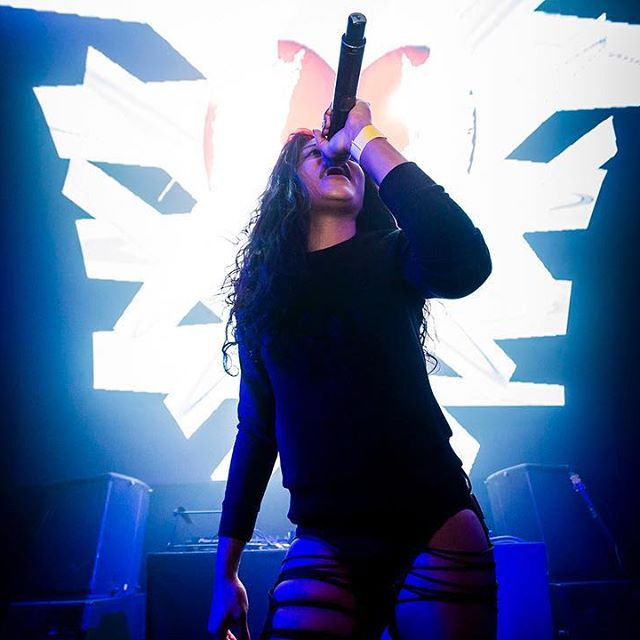 Bay Area singer and songwriter Kehlani first came under the spotlight as a member of pop group Poplyfe, who were finalists on America’s Got Talent. Fast-forward to 2015 and Kehlani’s second mixtape You Should Be Here , debuts at number 5 on the national R&B and Hip-Hop chart. And we’re not surprised. The sultry songstress who describes herself as Black, White, Native American, and Hispanic, recently performed at Camp Flog Gnaw Carnival at LA’s Expo Park, has collaborated with Chance the Rapper, and her highly anticipated debut album SweetSexySavage will be released on January 27, 2017. Kehlani is the perfect blend of Bay Area badass and sexy neo-soul.

Peruvian-born Alejandro Chal, better known by his stage name, A.CHAL, dropped his debut studio album Welcome to GAZI earlier this year to critical acclaim. Chal was born in Peru and his family moved him to Queens, New York four years later, where a 12-year old A.CHAL began rapping and making beats thereafter. Chal produces a lot of his own music and has been releasing psychedelic, soulful tracks since 2013 with the release of his first EP, Ballroom Riots. On GAZI, A.CHAL raps and croons about taking drugs, spiritual experiences, and his indulgent creative process in a raspy echo of a voice over trippy beats. Listen to “Fuego” and try not to sway your head.

Maluca first introduced us to her self-described “ghetto-techno, Latin-dance, hip-hop, rave music” with her first single, “El Tigeraso.” La Dominicana New York native has since collaborated with Diplo and Robyn on the eclectic “Love is Free” also joining Robyn on tour, aside from releasing more of her ghetto-techno, Latin-dance singles. Maluca is the Portuguese word for crazy girl and the title fits Maluca, in a good way. From her style to her blend of Latin and techno, Maluca’s energy is felt in her songs, which we can’t describe as anything other than elevated craziness. We hope a full-length album is on its way from Maluca.

Jesse Baez may not be well-know, yet, but his debut EP, B.A.E.Z features a Spanish version of The Weeknd’s “Tell Your Friends.” Baez resembles The Weeknd, in vocals, and looks even. On “Decile,” Baez delivers a perfect translation of The Weeknd’s track that all Latino’s can relate to with Spanglish references and shout-outs to el D.F. and Monterrey. Baez also covers PARTYNEXTDOOR on “Ven a Verme,” which we can see couples bachatiando to on a remix of this version. Baez reps Guatemala and we anticipate only good things from this hípster crooner.