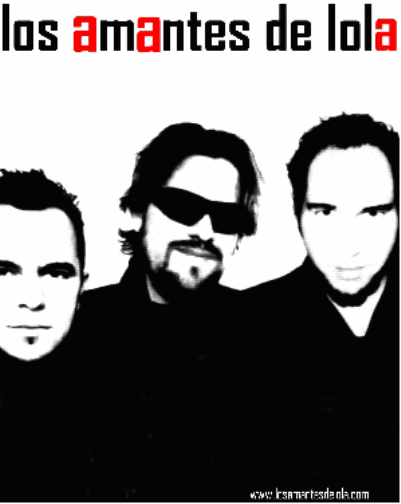 After a successful appearance at last year’s Super Estrella’s Reventon, Los Amantes De Lola are back in Los Angeles for two shows on Thursday the 23rd and Saturday the 25th of January at the Torino Lounge in the city of Paramount.

Although Los Amantes de Lola may not be front page news for mainstream media, their popularity among music fans has never lessened and their first two albums, their self titled debut and “La Era El Terror”, are considered to be classics of Rock en Español and their songs have been covered by the likes of Molotov and others and their music is still being played by DJ’s all over the U.S. and Mexico.

Los Amantes de Lola first formed in 1987 and soon they were playing at places like Rockotitlán, L.U.C.C., Rock Stock as well as universities and other music clubs.
1990 saw the release of their first album, “Los Amantes De Lola” and the single, “Mamá”, became one of the biggest hits of the decade. As their popularity grew, they began to tour all over Mexico and sharing stages with other up and coming bands at that time like Fobia, Caifanes, Neón, Maldita Vecindad, Maná, Bon y los Enemigos del Silencio and others.

In 1991, the band had the opportunity the open up the shows for INXS at the Palacio De Los Deportes in Mexico City and their second album, “La Era Del Terror” was released, yielding another timeless classic, ”Beber De Tu Sangre.” After the release of the second album, the band began to tour the U.S. and Central America with much success.

At the end of the 90’s, as it happened with so many other talented bands of that time, the record companies, once they milked all they could out of the “Rock En Tu Idioma” phenomenon, stopped supporting the bands and many had to leave their record companies and many did not survive. However, Los Amantes de Lola, continued to tour through Mexico and the U.S. even though they had not released any new material.

At the beginning of the new millennium, and after some lineup changes, Kazz on lead vocals and Gasú on guitar, decided to keep the band going with the help of guest musicians and in 2004, the band released their third album, an independent release, aptly titled “3” and they continued to tour including several successful appearances at Vive Latino.
The band is currently working on new material for their upcoming 4th album.
Tickets for the shows at Torino Lounge can be purchased at www.ticketon.com.