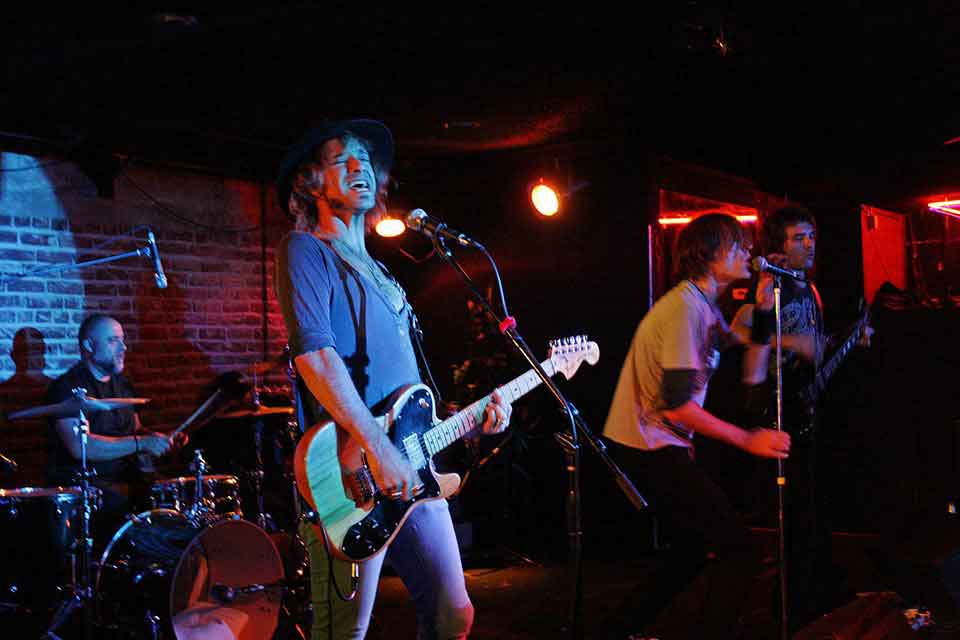 Los Labios (The Lips) from Sevilla, Spain made their L.A. debut this past Monday night at Los Globos and they tore up the stage with one of the most energetic performances I have experienced in quite some time. 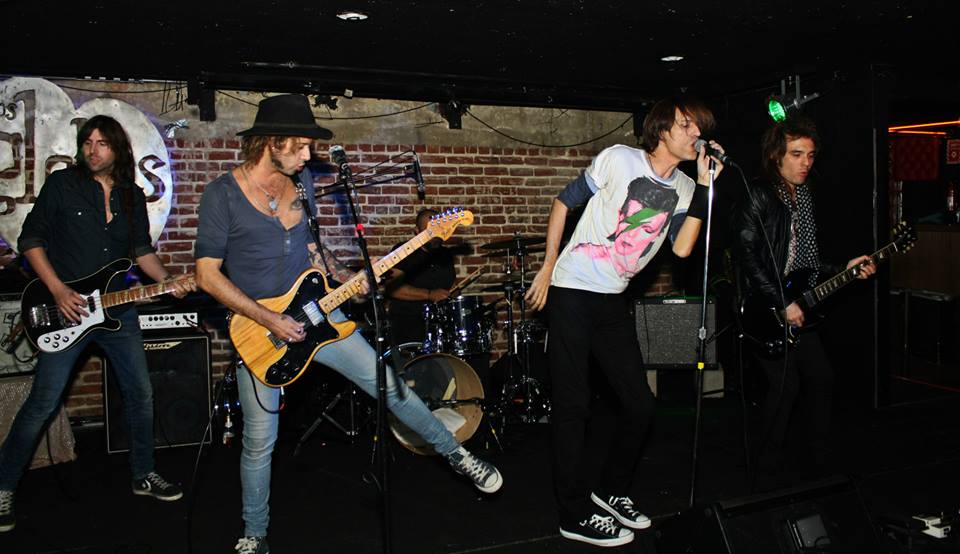 Los Labios are made up by Álvaro Suite, better known for being the guitarist in Enrique Bunbury’s band, Los Santos Inocentes; Charlie Cepeda, guitarist for Entresuelos and Kiko Veneno; Riki Candela bassist for La Mula and Los Sentíos; Fernando Reina from Rarefolk on drums and Sammy Taylor on lead vocals.

When I walked in to the venue, Los Labios were finishing their sound check, and as I walked up the stairs to the performance area, one could hear the energy of the band as they played around with their instruments. 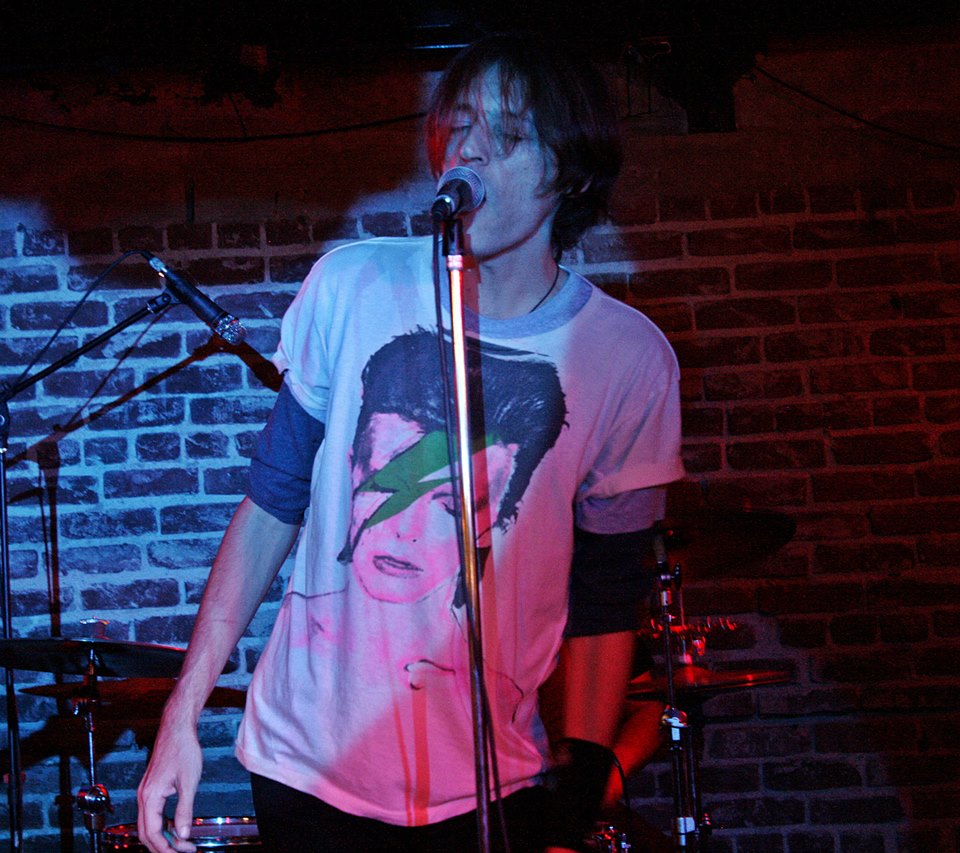 As soon as Los Labios appeared on the stage one could feel that this would be a special night and from the very first guitar chords, the band went into full gear and Alvaro Suite and Charlie Cepeda began to exchange slashing guitar chords and play off each other in a wonderful concoction of sheer energy that became heaven for any fans of guitar rock.

Ricky Candela and Fernando Reina kept the band from going of the railings with their hold on the base and drums while Sammy Taylor jerked and twisted his body around as he sang.
It would be very difficult to find an exact word to describe what Los Labios sound like on stage, but I suppose you could say that Los Labios would be the love child between The Rolling Stones and The Sex Pistols or The Ramones as one can hear the slashing guitar sounds of the Stones with the energy of the Ramones and the musical anarchy of the Sex Pistols. 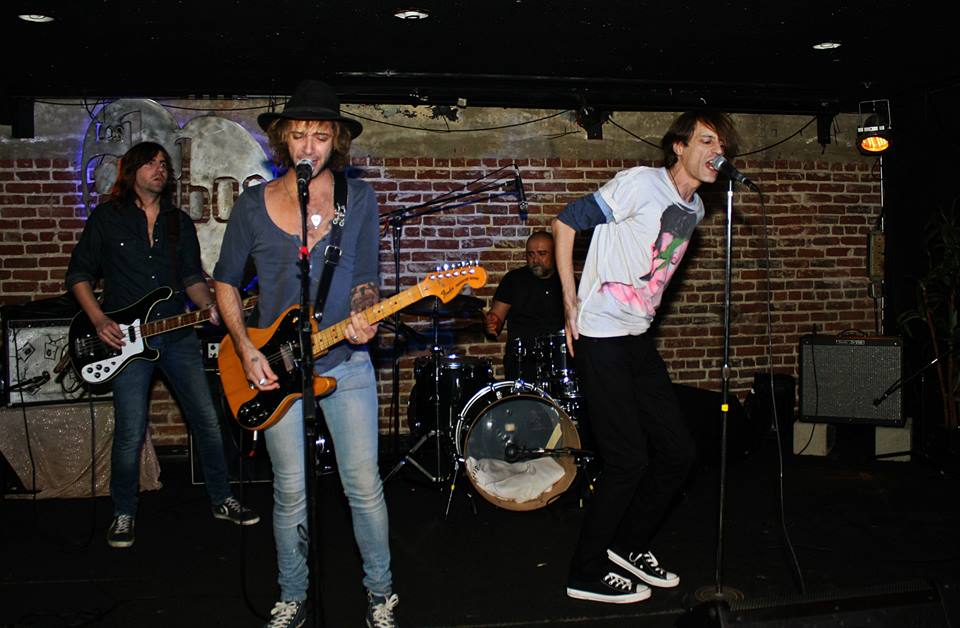 One of the highlights of the night was a muscled up version of The Rolling Stone’s “She Is A Rainbow”, for which at the end of the song, Alvaro stated: “We couldn’t call ourselves The Lips and not play a Stones song”, alluding the Mick Jagger’s famous lips and the Rolling Stones logo.

At the end of their performance, Los Labios thanked the crowd and stated how much they enjoyed their short stay in the city and said they were definitely coming back again soon.
Los Labios were supposed to be closing band of a lineup that also included local bands, Dioses Del Tiempo and Vispera, but because of flight scheduling problems, Los Labios ended up going on first and had to runoff to the airport to catch a flight to Mexico.

After their performance, Los Labios posed for pictures for the fans even though they risked missing their flight, which goes to show the humility of the members of the band and the appreciation they have for their fans.