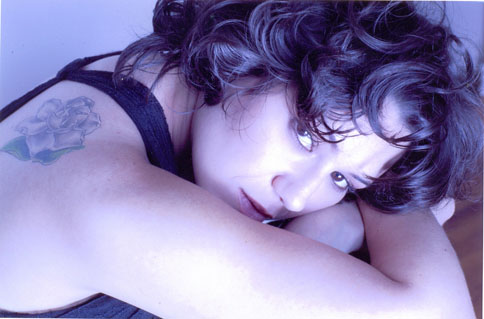 It should be clear by now that Brazilian singer Maria Rita marches to her own drummer.

She resisted pressures to sing until she decided it was time. Then she went out and exploded onto the international music scene ten years ago. Numbers never tell the whole story, but in the decade since she has won a shelf full of awards including seven Latin GRAMMYs (more than any other Brazilian artist), has sold more than 2.5 million copies of her four recordings, and has performed in some of most important festivals and venues around the world.

She gracefully negotiated treacherous, impossible comparisons with the late Elis Regina, one of Brazil’s greatest singers — who happens to be her mother. And then, when she decided it was time, she addressed Elis’s shadow in her stunning show Redescobrir (Rediscover). Its success was complete last year when, Redescobrir Ao Vivo, the live recording, won Maria Rita her latest Latin GRAMMY for the Best Album of Brazilian Popular Music (or MPB in its Portuguese acronym).

So what to do as a follow up? A very personal, stripped-down show of voice and piano.

For a singer, it’s the equivalent of doing a high-wire act without a net.

“It is a challenge, but I like challenges,” she says with a laugh, speaking in barely-accented English, partly the result of her years living and studying in the United States. “I’m not a woman who shies away from a challenge. To the contrary, I get excited. It kind of gets me going. If I do the same thing the same way for a long time, I get bored, so I look for different challenges in my career as well as my personal life.”

“I’ve been playing with my pianist, Tiago Costa, for a long time and we kind of breathe together on stage. But these types of performances are a challenge. As a singer, in this setting, you are totally exposed,” she says. “There is very little room for mistakes. You breathe in the wrong place, you hold a note too long, and it all gets magnified. In a way, everything is much louder than when you are on stage with a lot of people around, a lot of noise. And it’s a great challenge not only for the artists on stage. It demands a lot from the audience, too.”

Born September 9, 1977 in Sao Paulo, Brazil, Maria Rita Camargo Mariano is the daughter of singer Elis Regina, who died in 1982, and pianist and arranger Cesar Camargo Mariano, whom she has often cited as her greatest influence. 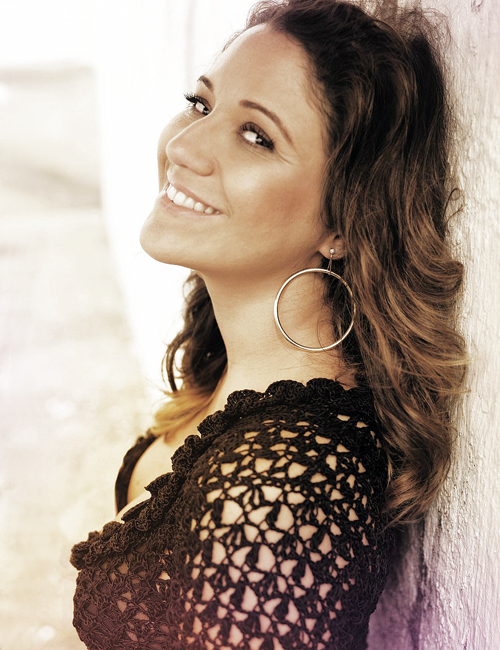 Bloodlines notwithstanding, Maria Rita resisted what to many seemed her preordained path. “I always wanted to sing,” she once explained. “But the issue was not the ‘wanting’ but the ‘why.’ I don’t like to do anything without a reason. It gets easier when you have a goal. The reason became clear when I realized I would go crazy if I did not sing. ”

Still, in an interview with National Public Radio in 2004 she noted that “There was this pressure. It was a kind of obligation. I had to sing. It was hard to deal with it at times.” So, instead, at 15 she moved to Chatham, New Jersey with her father, finished high school and enrolled at NYU, graduating with degrees in Communications and Latin American Studies in 2000.

The following year — she was then 24 — Maria Rita began singing professionally. Her impressive debut CD, Maria Rita, earned her three Latin GRAMMYs in 2004, including Best New Artist, Best Song in Portuguese (for her interpretation of Milton Nascimento’s “A festa”) and Best MPB Album.

It was followed by Segundo (2005), which earned her two more Latin GRAMMYs; Samba Meu (2007) which also won a Latin GRAMMY and had such an extraordinary popular reception that it toured until 2010; and, in 2011, Elo.

Then came Redescobrir (Rediscover), which started as a tribute concert to Elis Regina on the 30th anniversary of her passing and, by popular demand, grew into a touring show and CD. Maria Rita says the project happened at the right time to address her mother’s music and her iconic presence.

“I had been on stage for more than 10 years; I had a number of albums and awards, so I felt I had nothing to prove,” says Maria Rita. “If there is anybody out there who still thinks I’m only a singer because of my mother, poor you. There is nothing else I can do for you. I’m just doing my thing. I admire my mother too much. That’s one of the reasons I didn’t want to start my career singing her songs, I didn’t want to intrude in her place. Her place is there and is untouchable. She is immortal.

“As far as the experience, every night I sang I told the audience that I was there not just as a singer but as a daughter. I could see the reaction of the people, how much they felt, how much they miss her. Honestly, to see that was a gift for me. It was a beautiful thing.”

Fast forward to 2014, with Maria Rita celebrating the success of Redescobrir and ready to move on to the upcoming “Voice & Piano” tour, her first in the U.S. in eight years.

As usual, Maria Rita will be keeping things a bit unpredictable and fresh. “There will be songs from the various albums, some songs I have not recorded and I’m sure we will be doing some songs from Redescobrir,” she says.

“Singing in the United States is for me very special. I still have many personal friends there. So I am very excited — and I also have butterflies in my stomach because it’s a huge challenge,” she says with a chuckle. “But we’ll see what happens!” 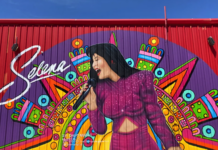