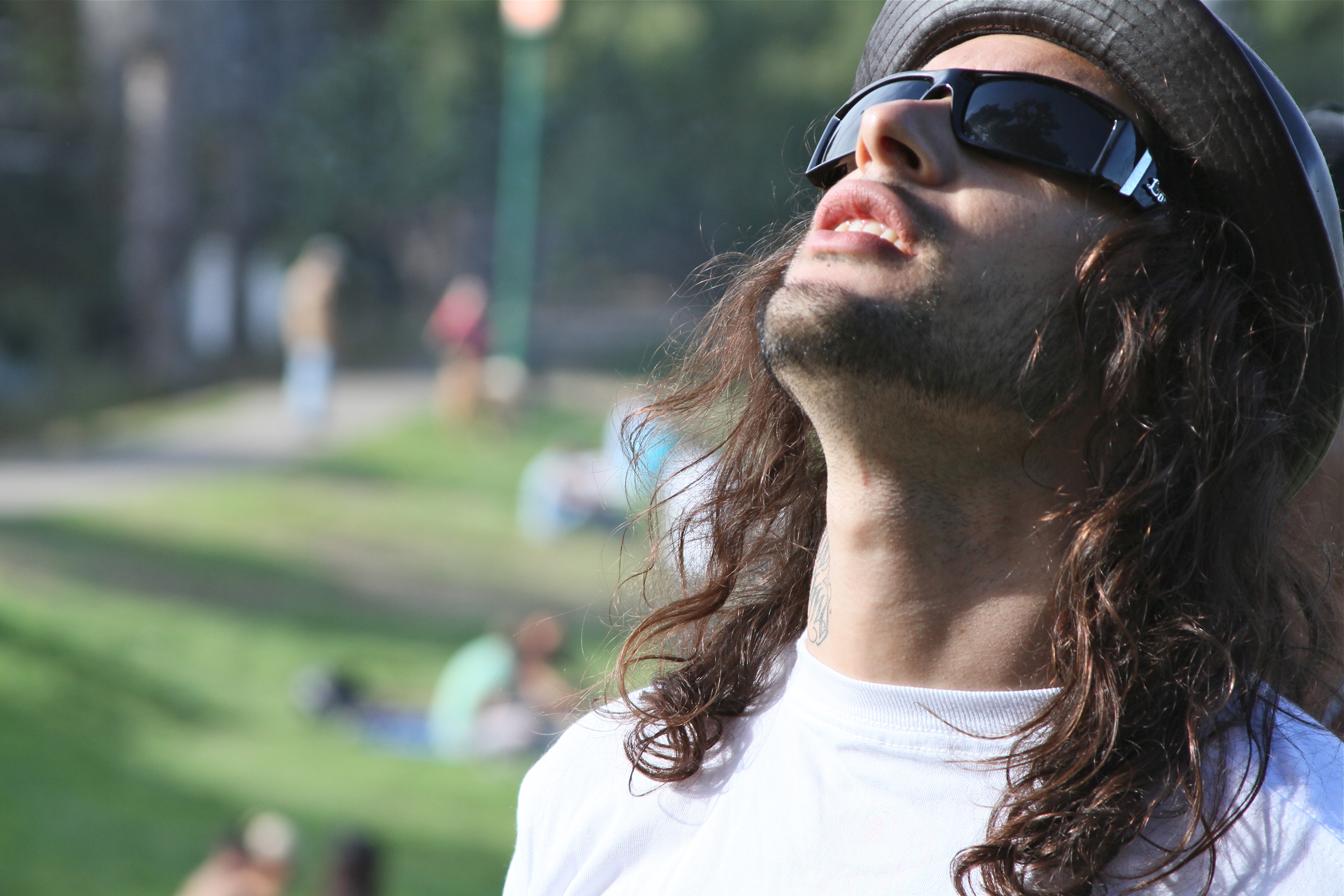 Last Thursday night, we saw the launching of your new music website, Musica Roots, and to celebrate we had Hector Guerra and his Pachamama Crew and La Chamba Cumbia Chicha play high energy sets at Los Globos Night Club in Silver Lake.
La Chamba took the stage first and from the first notes; they had the whole place dancing to the Peruvian cumbia, known as Chicha as well as traditional cumbia and salsa sounds.
Dancing around behind his congas, lead singer Jason Zepeda led the band through several songs from La Chamba’s first EP, “La Araña”, and Alejandro Araujo captivated the audience with his surf guitar riffs, while the rest of the band kept the energy up with an intoxicating percussion attack.
After playing an outstanding set at The Observatory in Santa Ana last month when he opened for Panteón Rococó, MC Hector Guerra continued to tour all over the U.S. playing more shows with Panteón Rococó and also with other Mexican powerhouse, Molotov. 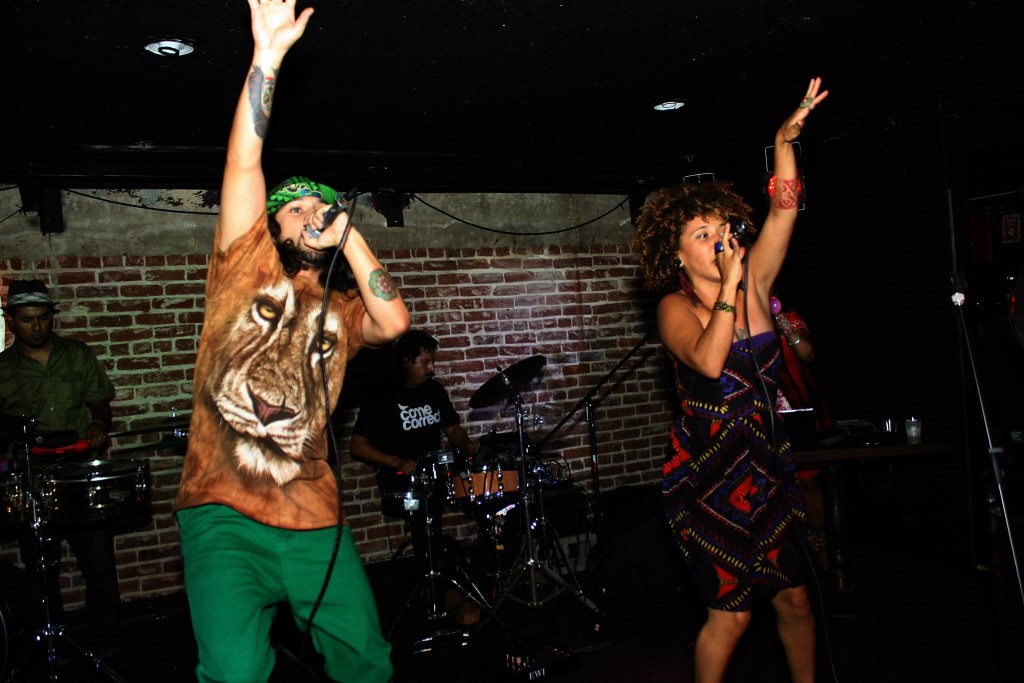 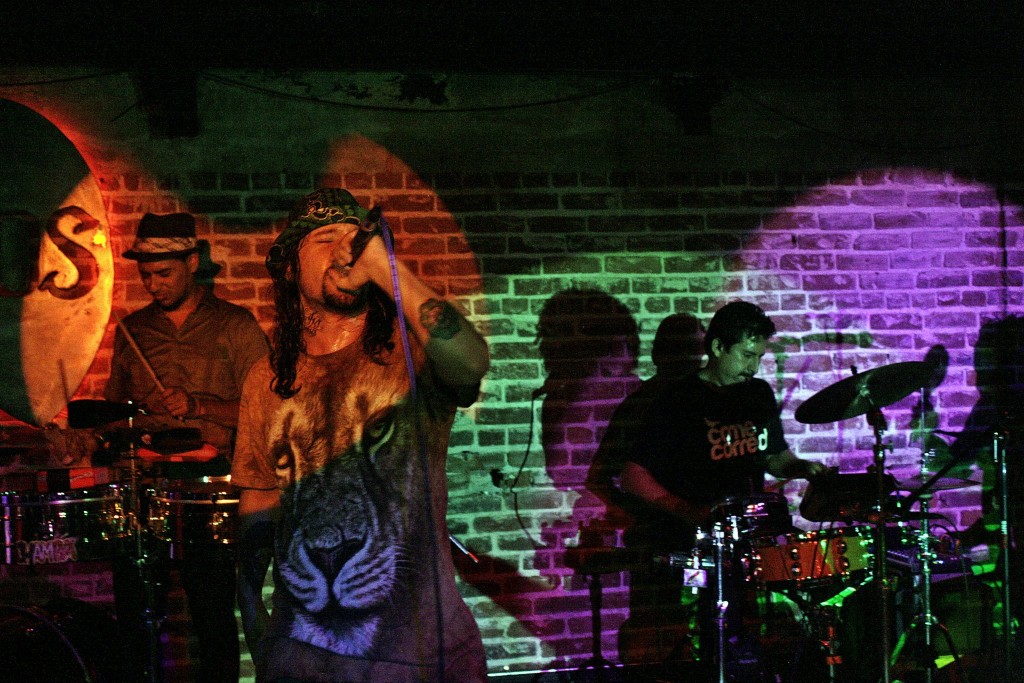 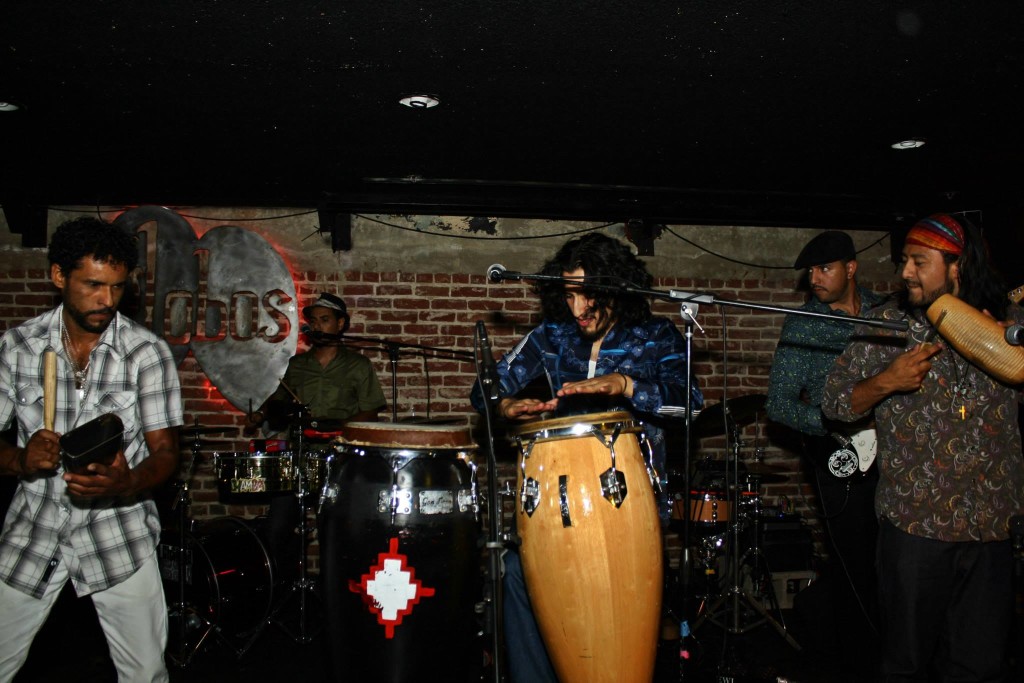 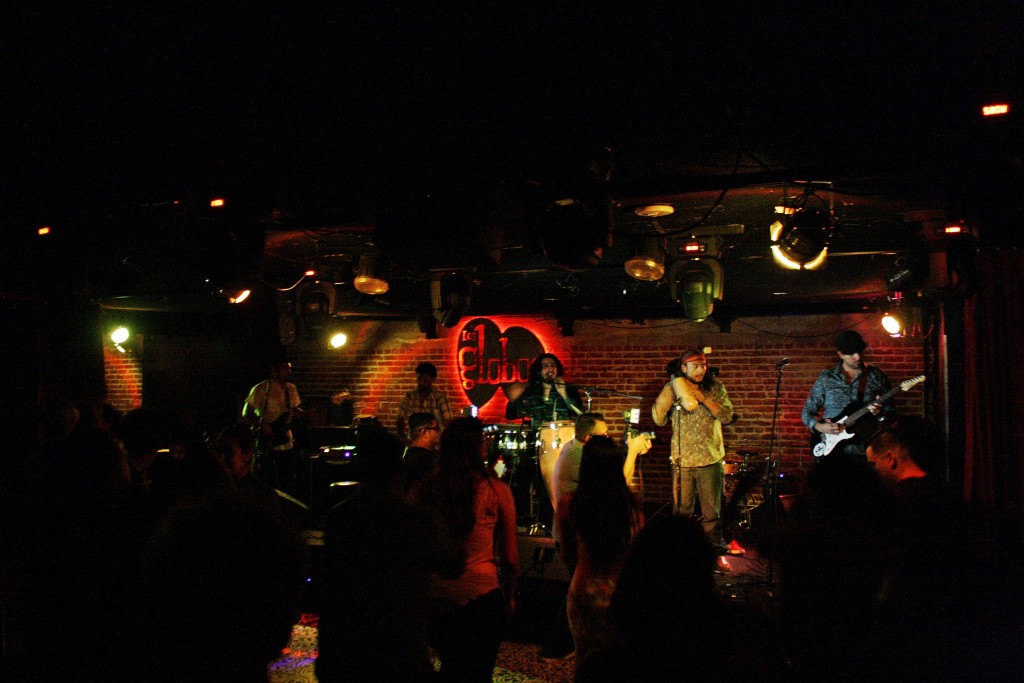 Hector Guerra left his native Spain in search of his Latin roots and it is obvious that living in Latin America has continued to enrich his already eclectic musical palate as he continues to explore and incorporates new sounds to his music and especially in a live setting.
Besides his musical partner, the beautiful and talented, Eyerie Zenzele, Hector Guerra, as it has become accustomed, invited local musicians to be part of his live show and this time, besides adding live drums, congas and timbales, he also added a live tuba, giving his live sound a more organic feel which combined with his energetic stage performance it takes his music to a whole new level.
Before the show, I chatted with Hector about the tour and he said it has been a great experience to tour with both Panteón Rococó and Molotov as he has learned a lot from both and not only about performing but also about the touring business and he looked forward to continuing to tour the U.S. through the east coast and finishing up in northern California and in November he will be back to the U.S. for another tour.
Check out Hector Guerra’s recently released video for “La Historia De Un Amor”