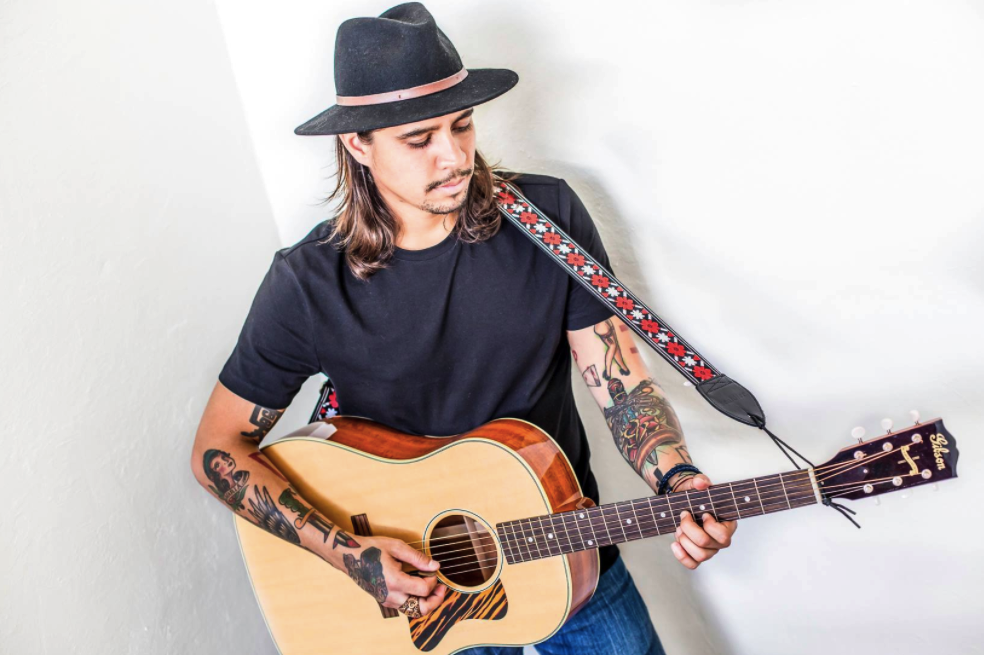 Nacho Londoño was the opening act on Locos por Juana’s Caribe West Coast Tour in Los Angeles.  The singer/songwriter from Colombia and Miami, Nacho Londoño. He is considered to be one of the most recognized songwriters of the underground scene of Miami and Puerto Rico. His music style ranges from folk to pop and rock. Nacho Londoño has collaborated with many renowned producers and creators like Matt Knobel, who has worked with Lenny Kravitz. Nacho just finished recording his first record and is currently releasing his new single Abiertos.

Claudia Marmolejo (Musica Roots) Interviews Nacho: How did you first get started in music?

The lifestyle more than the music. At the beginning, I wanted to play Harmonica and travel, so that was my introduction and then after that I became concerned about the music.

Musica Roots: Are there any dream venues you wish to perform at?

I want to play festivals. Venues are fun because they’re personal, but I think with festivals you feel that energy and it’s probably one of the most amazing things that a live musician can experience.

Musica Roots: Where do you see yourself as a musician in 10 years?

Definitely touring and having a studio in a farm. I like the city, but I like to be outside. So in ten years, I would like to be touring, recording and collaborating with other artists.