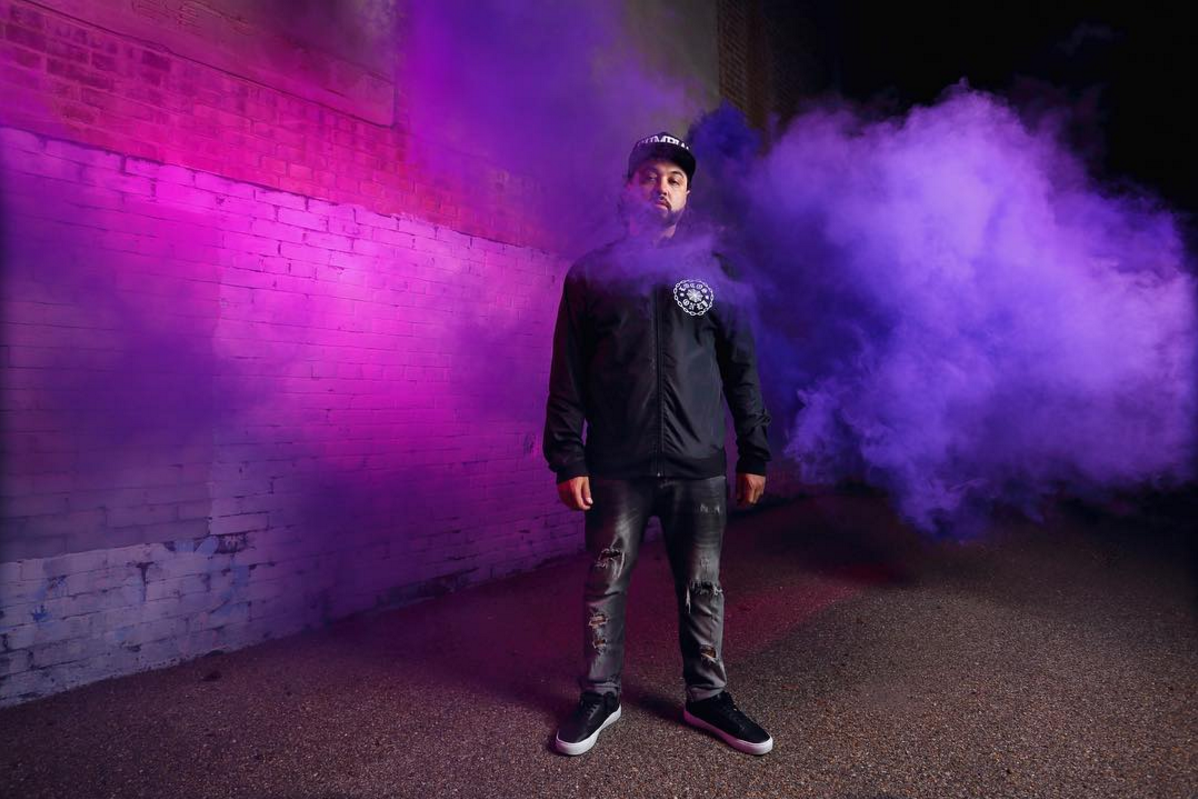 Dusty Oliveira, the Tejano DJ better known as El Dusty and responsible for dubbing the sub-genre nu-cumbia, released a video to his latest single “La Chusa,” and it is gold. The track is about Texan urban legend, La Chusa, an owl with the face of an old woman taunting passerby while perched on top of your house. But more importantly, the single is a fusion of cumbia and electro, a blend that El Dusty has seemed to perfect, apparent with his 2016 Latin Grammy nomination for “Cumbia Anthem.”

El Dusty has been spinning techno cumbia since his days in his native Corpus Christi, TX for all the Mexican-American ravers. A self-taught DJ, El Dusty came into the spotlight back in 2012 with the single “K Le Pasa,” which rightfully earned him a contract on the label AFTERCLUV. For “La Chusa,” El Dusty collaborated with Toy Selectah and Mexican Institute of Sound‘s Camilo Lara, diving into an archive of cumbia tracks from the 60’s and 70’s, sending the beat to Mexico City and Austin, TX, to be chopped up and repurposed into the cool, electro-cumbia you either want to dance, or cruise around to. The video for the single, produced and animated by Mexican artist, Omar Juarez “EL OMS“, takes us back to the lowrider heydays of the 90’s.

El Dusty will be performing at EDC Mexico 2017, but has been in LA recently, spinning cumbia at locals bars and venues. Check out El Dusty on social media to be in the know.

Gabriel Garzón-Montano: The Colombian-French Musical Genius You Need To Know