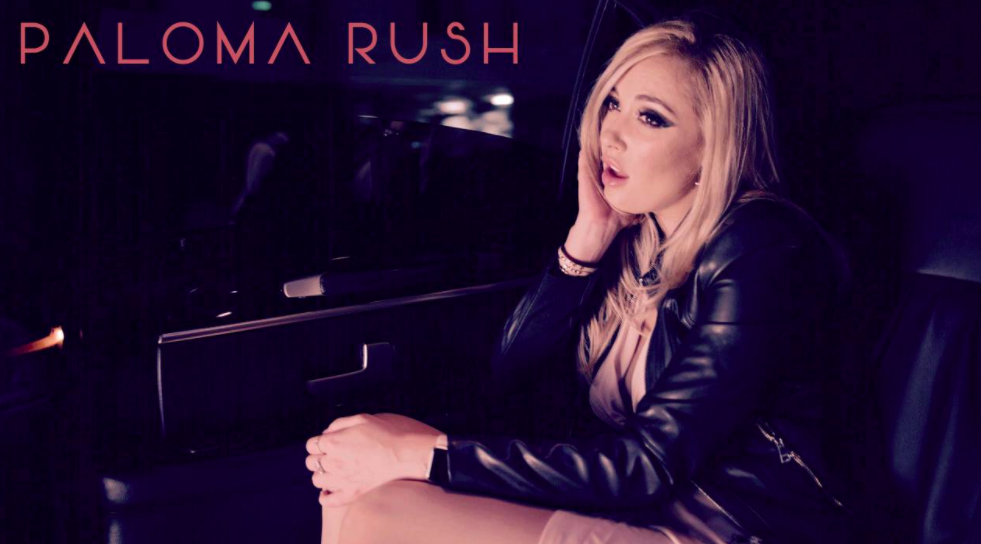 Molly Malone’s, an Irish pub in Hollywood, hosted an all girls’ show called “Martiarch” on Wednesday, April 19th. A concert event with only female artists, like No Girlfriends, Chambers, Flavia and Paloma Rush. Paloma Rush (Paloma Ramos), a singer from Monterrey, CA, was one of the special performers that night, who brought Latin heat to the crowd. After her performance, the young new artist chatted with us about when she first discovered she could sing, her inspirational artists and her upcoming new single, Roller Skates.

Musica Roots: When did you discover that you could sing?

“I discovered I could sing when I was really little. And when people say, “Oh, I could sing at three.” No, I couldn’t sing at three, but the point is I could hold a tune at three. Singing is 50 percent hearing and I could hear a pitch and repeat it. So if you could sing Happy Birthday on key when you’re three, your parents are like, “Hey, she might have something.” So at four, I started taking lessons and that went up till now. “

Musica Roots: Who is an artist that inspires you?

“I am a vocalist, so I like good vocals, which means I grew up on Mariah Carey, loving all her special innuendos. I’m a really big Adele fan too. I love anybody who can really bring the pipes.”

Musica Roots: What Latin artist would you want to collaborate with?

“Pitbull! I could sing the hook and he could do the rap. And then we can say, Calle Ocho.”

“Badass is what I would like people to describe me with. I try to bring a fearless performance; I don’t hold back, I don’t feel uncomfortable up there. If you’re not having fun, what the hell are you doing up there.”

“The new single is called Roller Skates and it drops on May 19th. We got it mixed with some really cool people, like Irko, who mixes like Timberland and J.Lo and we are going to get it mastered by Gene Grimaldi, the guy who mastered Lady Gaga’s stuff. You can expect the song first and the music video shortly after.”

Check out Paloma Rush’s new single, Roller Skates is available now! You can follow Paloma Rush on all the major social media platforms @paloma_rush and at http://palomarush.com

Alejandra Guzmán Reveals Her Dark Side With Her New Single and...