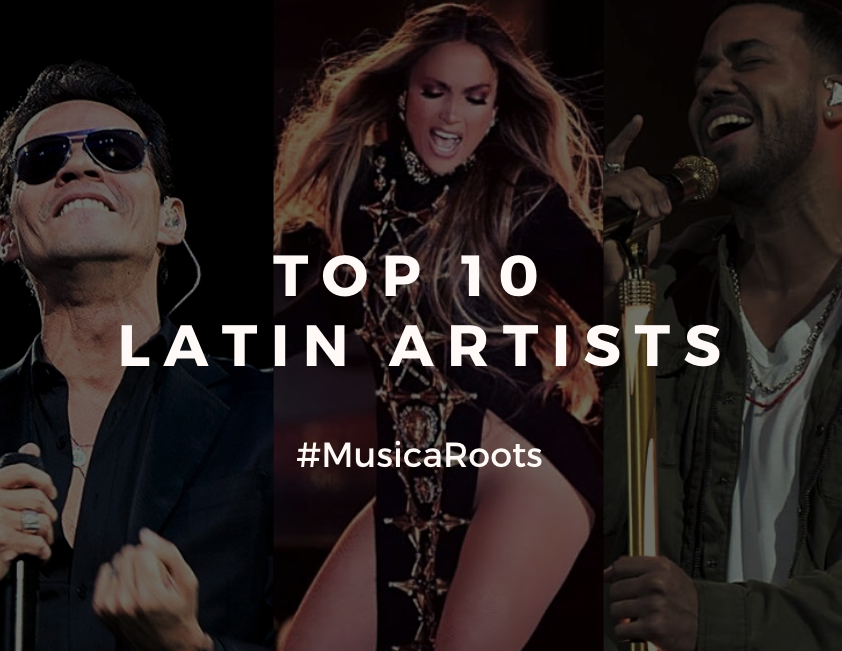 Latin music is full of very catchy rhythms and lyrics that have made it become the most listened to music worldwide. However, this is not only the reason why this music is a complete success, but also the incredible voices and personalities of the Latin artists. For that reason, we will take a look at the best exponents of Latin music of all time! Don’t agree with our Top 10? Post your Top 10?

The sexy Colombian has conquered the world with her great music. She has won a lot of acknowledgments worldwide which have put her name in the Hollywood Walk of Fame. Definitively, she is one of the best exponents of the Latin Music.

He is originally from New York of Puerto Rican descent. Marc is the top selling tropical salsa artist of all the time. His incredible talent has taken him to be one of the best Latin artists.

The Queen of Tejano music died to an early age. However, her way through music left us a wonderful amount of songs that denote all her greatness. No one will ever forget this singer and her powerful voice.

This Puerto Rican singer is another Latin singer who has made it to the Hollywood Walk of Fame. Since he started his music career in the boy band “Menudo,” he hasn’t stopped.

Celia Cruz is a musical legend in the Latin history. She is known as the Queen of Salsa thanks to her colorful presence and the joy that she spread to everyone through all her songs. She is someone who everyone misses.

Whenever we talk about bachata, we talk about Romeo Santos. His unique voice and addictive lyrics have consecrated him as “the king of kings.” In fact, he has become one of the greatest singers of all the time.

She is an international artist and her music has reached every single part of the world. Lopez is an excellent representative of the Latin music that has conquered everyone with her ability to dance and strong presence.

“El Sol de Mexico” is a Puerto Rican born Latin icon. He is the first Latin singer to have an album in English and Spanish. He has won countless recognitions and above all, he is known for taking the bolero to another level.

Thalia successful career started when she was just 9 years old and since then she hasn’t stopped. Her music has become an anthem for many women and she has become the most influential Mexican worldwide.

Daddy Yankee is the greatest exponent of reggaeton of all time. In fact, he was the one who gave the name “reggaeton” to this new genre that was formed in the 90s. He is a legend that has more than a billion views on some of his YouTube videos. Who doesn’t remember him from “Despacito”?