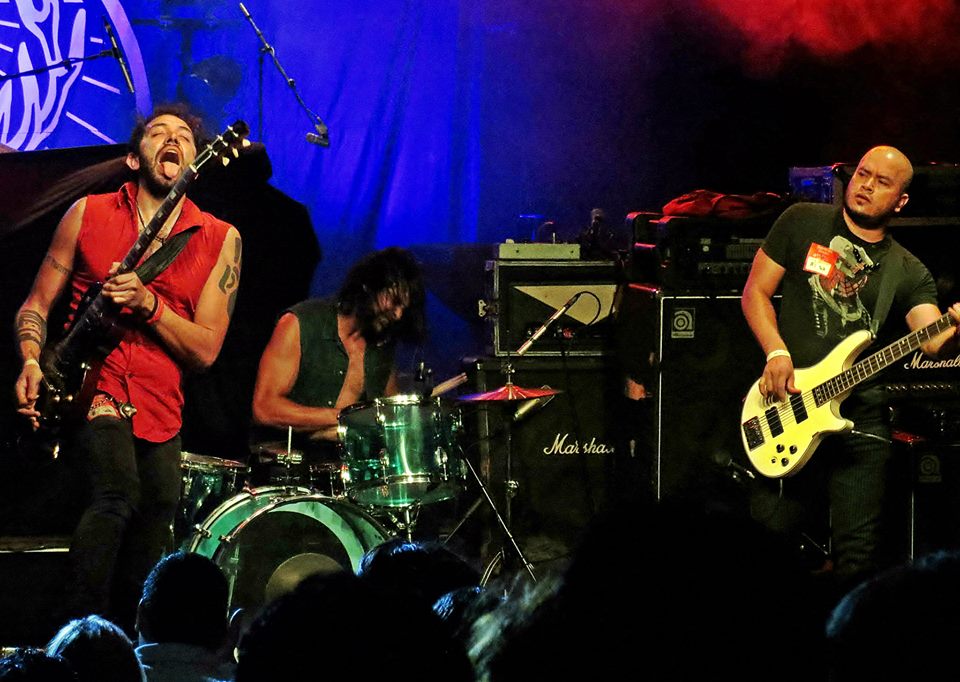 “The Six Arm Beast”, the long awaited full length album by Los Angeles powerhouse rock trio, Vim Furor, is finally out and the band will officially be debuting the album with a free show at The Airliner near downtown Los Angeles, this coming Friday, March 7th.
Vim Furor is made up by German Briseño on guitar and vocals, Roman Lopez on Drums and Rei Hernandez on bass. The band first began under the name Son Locuaz, but because of the word “Son”, the band was often mistaken for a dance or cumbia group, so against the advice of many in their circle, they decided to change the name to Vim Furor, as German explained: “‘Vim’ is Latin for vigor or vitality and ‘furor’ conveys emotion”, which is exactly what Vim Furor is like on stage.

In the tradition of power trio bands like Cream or Rush, where the sound is based on the guitar, drums and bass, Vim Furor has come up with a sound that is influenced by classic English bands like Deep Purple, Led Zeppelin, and The Rolling Stones but also by contemporary bands like Muse or the Red Hot Chili Peppers but with a touch of their Latin Roots.
The album, The Six Arm Beast, took two years to complete because, they wanted to have the sound that they felt they could produce on stage, and so they took it upon themselves to produce the album. After listening to the album, I have to say that they were successful in capturing the energetic sound, and at the same time, the sophistication of their live performances.
“The Six Arm Beast”, contains 10 songs that include English, Spanish and bilingual tracks, with all 10 tracks being top notch, there are definitely no fillers on this album. The album begins with “Juarez” which starts off with some guitar effects that are then taken over by a fast drum beat with slashing guitar chords over it, which sets off the tone for the rest of the album with its powerful raw energy and lyrics that denounce the struggles of the people living in the border town of Ciudad Juarez.

Other highlights on the album are “Up”, “Volar” and “Mazorcas” which are already fan’s favorites as they had been playing live versions of these songs while they were working on the album and the same goes for “Hormigas” which has been released as their first video, which shows the band as they live life on the road.
The Six Arm Beast can be downloaded at I-tunes and you can keep track of the band and their gigs on their facebook page and youtube.
Don’t forget, this Friday, March 7th at The Ariliner at 2419 N. Broadway, L.A. CA 90031. Joining Vim Furor on stage will be Dioses del Tiempo and Radio Elei and DJ’ing, La Muy Muy.
Written by Angel Aguilar