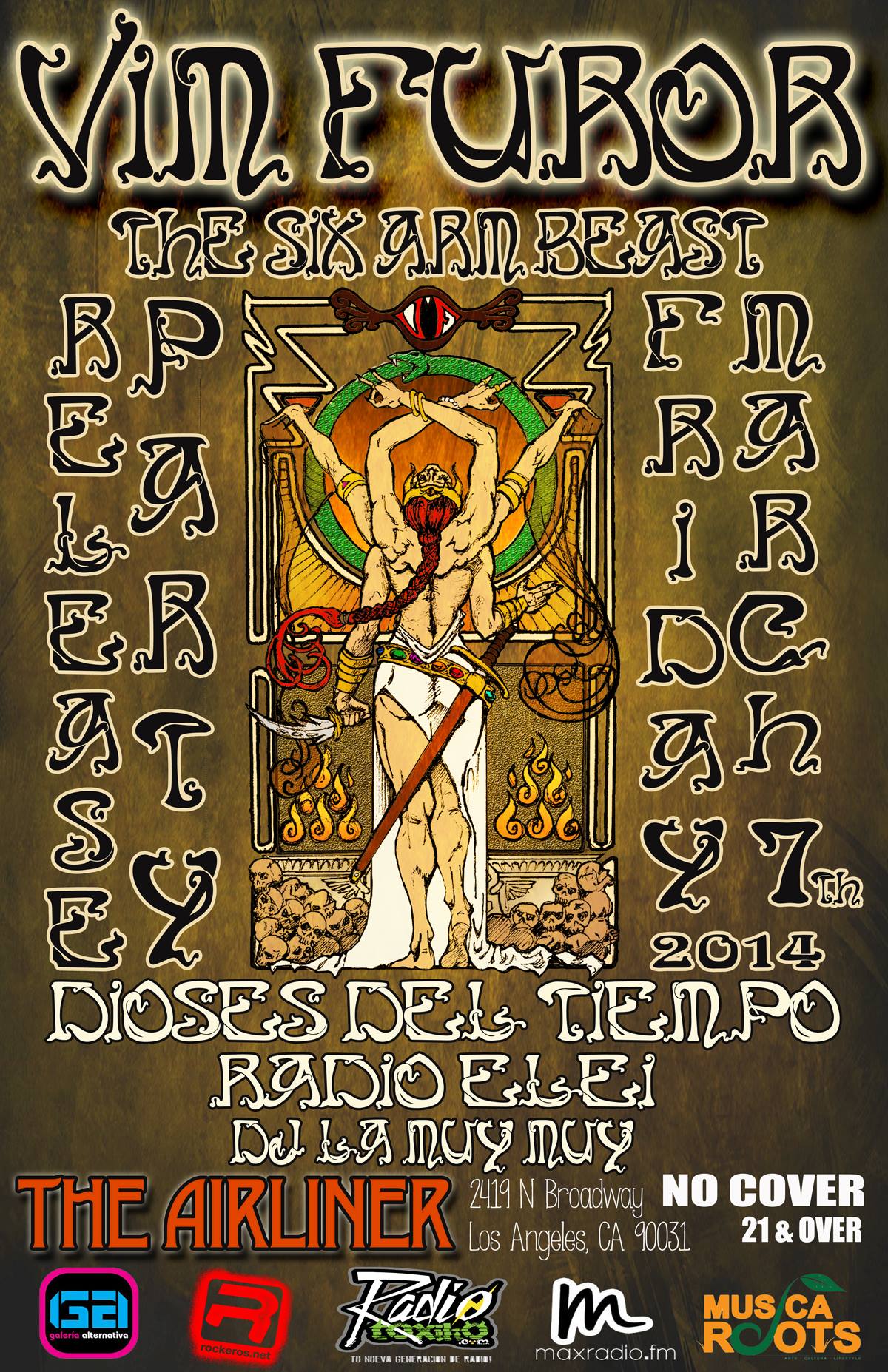 I was able to catch up with the members of VIM FUROR right after their practice and quite honestly the adrenaline was still pumping out of their veins and the excitement was very transparent when talking about their upcoming show taking place this Friday, March 7th at El Airliner. “We have put over 2 years of our lives in this record, and we are really happy that we were able to put this album out, tonight people can count on us playing as if it was the last time of our lives” say German Briseño vocals and guitar .

“Pure energy , rock and roll and very very loud ” was the band’s response in regards to my question of why they sound so good ? “A few years back we got kicked out of La Fonda for being so loud” ( Oh yes, I do remember, I was promoting that show). That sets the tone in every show , the analogy of the name “THE SIX ARM BEAST” , title of their album, does not represent the force and power combined with the stage presence brought by each one of the members.
“Once on stage I feel like I am making love to the drums , I like to lick the symbols , hug them and I do close my eyes a lot ” Says drum player Roman. That is his take on what he feels being on stage during the show .Its all good . Reynaldo on the other hand tell us that ” he loves the feeling of brotherhood and likes to hight five everyone and the feeling of playing live , German’s response is more simple ” I just want a beer “. All of them take part in writing music and collaborations .

VIM FUROR was voted by Musica Roots as the number one local rock band in LA in 2013 and one to keep your eyes on for 2014 , which fans confirm with anticipation and amazing public response for tonight’s event. We highly suggest to arrive early in order secure a good seat inside the venue.
To conclude this fun interview with the band, we asked them to share with us something different and innovative that they’ve recently discovered. “I did not know that there are men with three testicles ” German answers , referring to a Facebook post he saw earlier.