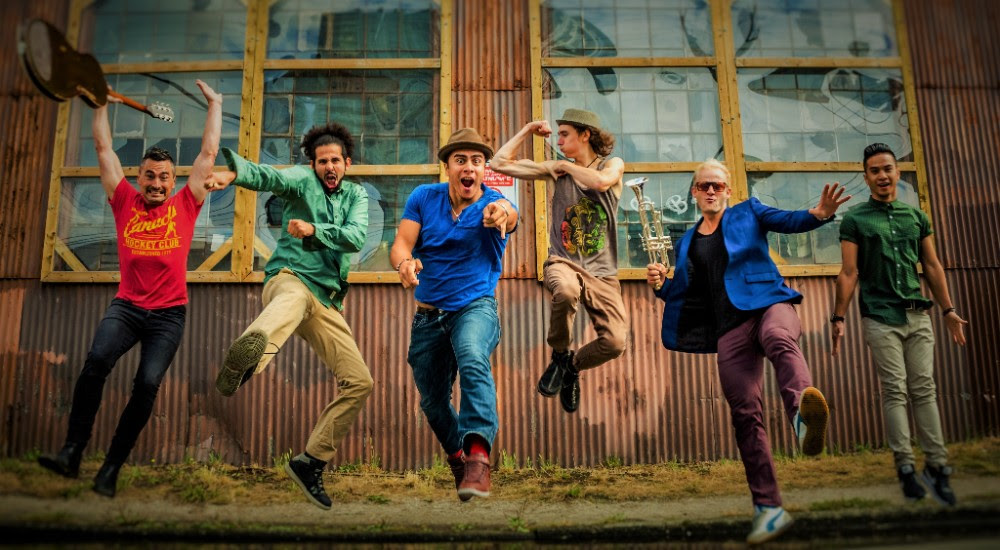 “Tanga” is a word that automatically makes some Spanish speaker’s ears perk up if only because the word means “thong”—and not as in a sandal, but as in a very revealing type of underwear. It’s also a word that immediately makes world fusion fans sit up and take notice, since a Vancouver-based band by that name, founded in 2007, is known for blending Caribbean beats with East African marimba music, Colombian electrocumbia and Guatemalan dancehall.

Their first full-length album, Simmer & Serve, was followed by Havanaelectro, which was recorded in Cuba and nominated for the 2014 Western Canadian Music Awards: World Recording of the Year and the 2014 Canadian Folk Music Awards: World Group of the Year.
The release for Reencarnción, their third album, is set for March 7th. It will excite audiences with a fresh take on urban Latin music, and will include singles “Guanchaka,” featuring special guest MC Guanaco; “Cumbia Loca,” and “Hasta al Fin,” recorded with troubadour Benjamin Venagas.

Record label TrebleFive’s Reencarnación was the result of the band’s travels to Ecuador, which inspired the artists to add an Ecuadorian feel to their sound, which this time around is fueled by warm coastal breezes, Amazonian fire water, and sweaty club grooves.
The band actually recorded in Quito, where they transformed old apartments into a studio and collaborated with local stars. Then, Tanga traveled through the edge of the Amazon toward Esmeraldas, currently a musical hotspot, and turned a beach house into another makeshift studio.

Enjoy the below videos:

Upcoming Screenings at the Mexican Consulate in Los Angeles