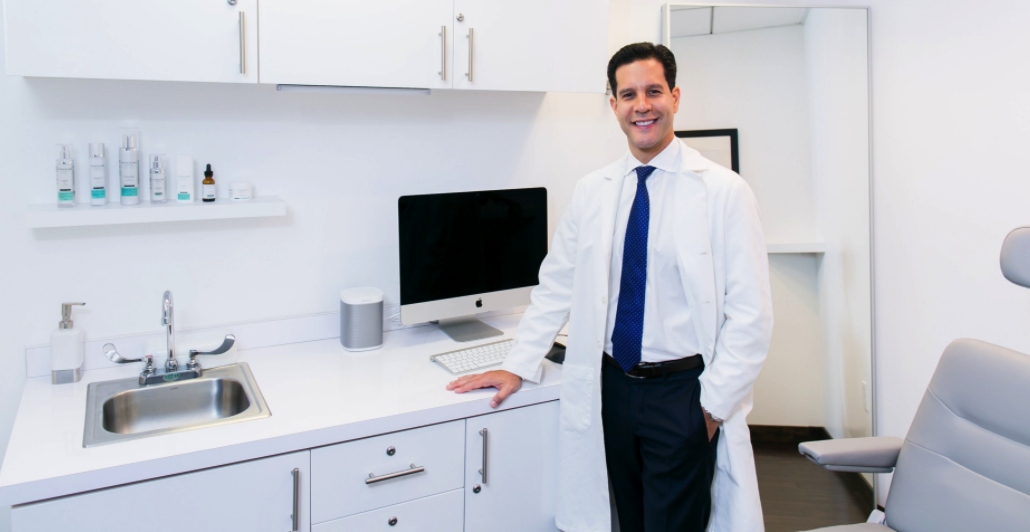 We had an opportunity to sit down with Dr. Johnny Diaz, the Dominican-American plastic surgeon at his Penthouse office in Beverly Hills, CA.

Dr. John Diaz is an Ivy League graduate from Cornell University.
He received a scholarship to attend the prestigious Albert Einstein College of Medicine in New York. Dr. Diaz graduated from medical school with the highest honors and for this, he received the Alpha Omega Alpha Award, which is given to only the top 10% of medical students in the country.

He is a medical staff member of the renowned Cedars Sinai Medical Center in Los Angeles, CA, and has a private practice in Beverly Hills. He serves as the President of the Los Angeles Society of Plastic Surgeons and has presented lectures on plastic surgery throughout the United States.

Dr. Diaz is a published author of articles on plastic surgery. One of his published work is called A Comprehensive Guide to Breast Augmentation. Where he reveals everything you need to know on how to achieve the look you’ve dreamed of and separate truth from fiction during your online research. His book is now available on Amazon.com.

He has appeared in numerous national and international television programs and magazines. He has served as an expert on plastic surgery for various television programs including CNN, Dr. Drew’s Lifechanger’s -HLN, and is now honored to be a member of the Plastic Surgery Channel.

WHICH IMPLANT DO YOU RECOMMEND? SALINE OR SILICONE? Ultimately, it’s up to each person. My advice is to choose the silicone implant if it fits within your budget. If not, then a saline implant is a perfectly fine option.

WHAT HAPPENS IF THE IMPLANT RUPTURES? SALINE OR SILICONE? It is very rare for the current versions of saline or silicone implants to break or rupture.

RECOVERY PROCESS? Most of our patients are able to return to work within a few days. We usually recommend a week if possible.

WHEN DID YOU REALIZE YOU WANTED TO BE A PLASTIC SURGEON? HOW OLD WERE YOU? I decided to pursue plastic surgery at the beginning of my second year of medical school when I was approximately 23 years old. I had decided relatively early on in medical school that I wanted to be a surgeon and spent time observing cardiothoracic surgery (“heart surgery”), orthopedic surgery, neurosurgery, general surgery, and urology. Of all the specialties though, I fell in love with plastic surgery. I was blown away by the fact that plastic surgeons learn how to operate on every single part of the body and in every age group. Whether it is correcting a birth defect in the skull of an infant, or reconstructing the face after an accident, plastic surgeons have a unique and artistic skillset that sets them apart from every other surgeon.

AS A DOMINICAN-AMERICAN FROM NEW YORK CITY; WHAT MADE YOU PACK YOUR BAGS AND OPEN YOUR PRACTICE IN BEVERLY HILLS? ISN’T MIAMI, FL CLOSER AND THE IDEAL LOCATION FOR A NEW YORKER? I never imagined in a million years that I would have ended up in Los Angeles, let alone Beverly Hills. I saw myself as a life-long New Yorker. However, after several brutal winters working long hours in the hospital, I decided I wanted to try a different environment, even if it was temporary. I seriously considered Miami, especially because it is an easy and natural transition from NYC. In the back of my mind, I wondered if I had what it took to succeed in Beverly Hills, which is considered the mecca of plastic surgery. I then decided to give myself a challenge, as I usually do. I decided I would try Beverly Hills for one year and see what I can do in that time frame. If it didn’t go well, I would simply go back to NYC or Miami since I already had job offers in both cities. Well, within one year of moving to Beverly Hills, I was invited to be a part of the TV show “Dr. 90210” and quickly built a thriving practice. Since then, I continue to make a mark in my profession here in Beverly Hills and was even elected the President of the Los Angeles Society of Plastic Surgeons. Now, looking back, I think I made the right decision.

WHAT’S YOUR ALL-TIME FAVORITE LATIN ARTIST? By far, my favorite Latin artist is Juan Luis Guerra. Not only is he Dominican, but he is a true poet and musical genius. I admire the fact that he studied music in college in the U.S., gaining an academic and intellectual understanding of musical theory. He used this knowledge to take a then-obscure form of Dominican folk music called “bachata” and transformed it into the phenomenon that it is today. Few musicians have made as much of a revolution and impact in Latin music, or any form of music than he has. 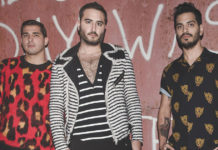