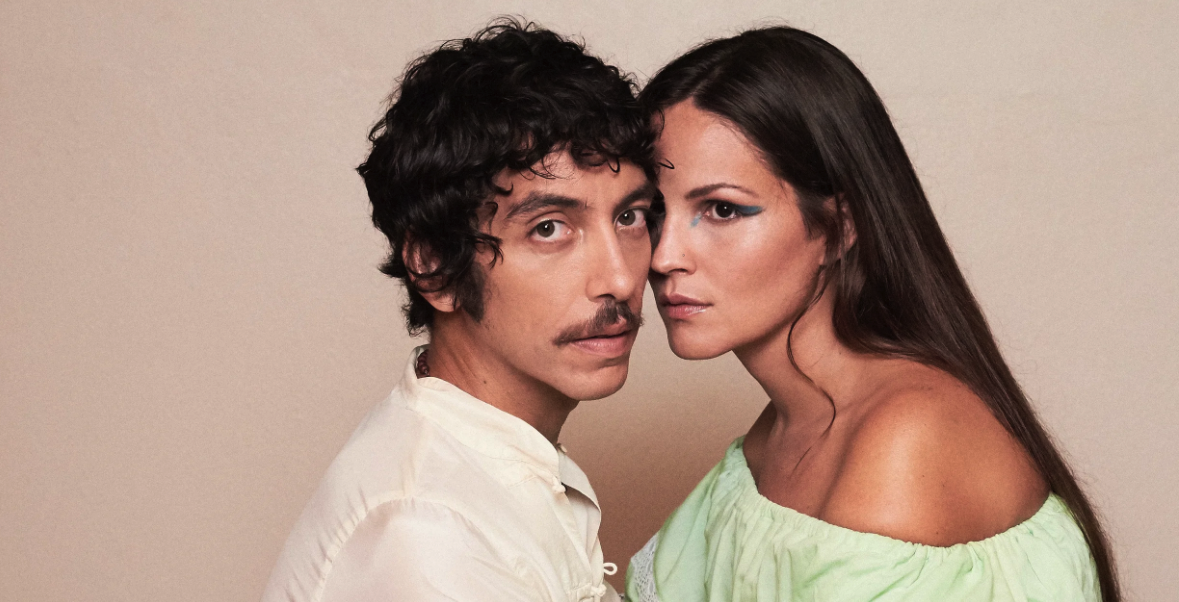 Buscabulla has dropped the trailer for their upcoming debut album Regresa. It comes in the form of a mini-documentary, exploring the duo’s journey of moving back home from New York to Puerto Rico, and recording their first album. The film was directed by Chris Gregory-Rivera & Michael Kirby Smith.

Buscabulla is set to release their long-awaited debut on May 8 via Ribbon Music. They recently shared a new single and video, “NTE” (“No Te Equivoques” or “Don’t Get It Wrong”). Previously, they also shared a video for album opener “Vámono.”

Full of angst and an underlying sense of loss, Regresa—which means “return” or “to come back”—is a bittersweet, introspective, eye-opening journey. “The album reflects the joys of being back but it’s also melancholic,” Raquel says. “You can feel like a stranger in your own home because the island is going through very hard, weird times. Most people our age have fled. We have also changed after being away for so long.”

The album, recorded in its entirety in Raquel’s and Luis Alfredo’s home studio in Puerto Rico, is an emotional roller coaster in which they face and ponder the issues affecting them and Puerto Rican society at large: the frustration at the lack of opportunities for locals while tax breaks lure rich investors, social and political instability as well as anxiety and self-doubt. For the finishing touches, the band worked with Patrick Wimberly (Chairlift, MGMT, Solange, Blood Orange) who contributed additional production and mixed the album.

Regresa calls for self-reflection, awakening and perseverance in the midst of an uncertain future. Says Raquel, “Regresa is about self-acceptance of oneself with all our imperfections, and the acceptance of being back in Puerto Rico, with all its flaws.”

Wisin & Yandel is awarded the TOP ICON Recognition at Premios...