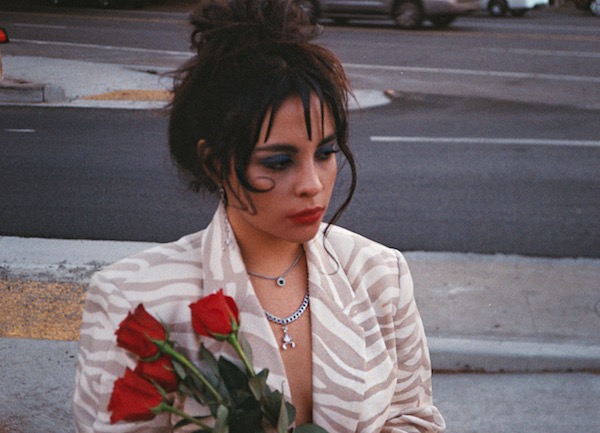 “Rosas” fuses classic bolero styles with Latin R&B. The song mixes eclectic instrumentals with a classical guitar, deconstructed percussion influences and Jersey club music. “Rosas” talks about putting roses on someone’s table, taking action. To tear apart your heart and even then not be noticed. It leaves this question as a final result: “How do I tell you?”

“‘Rosas’ was a pretty experimental recording for me since I was incorporating some of my deepest recent influences such as trip-hop, house, and Mexican boleros with some jungle music as well,” explains Mariana de Miguel aka Girl Ultra. “It ended up becoming a very raw and eclectic track that matches the lyrics. I really wanted to translate this rawness and vulnerability to film.”

“Rosas” is the first single to preview Girl Ultra’s upcoming EP which will be released later this year. It follows her debut album ‘Nuevos Aires‘ which was a watershed moment in the evolution of R&B in Latin America.

“My main idea was to use R&B, which is a lesser known genre in my country, to develop a new language where I could translate the music I grew up with, which was mostly from the late 70s, 80s and early 90s,” Mariana says.

In ‘Nuevos Aires,’ released by Finesse Records, Girl Ultra teamed up with a variety of artists to cultivate a new sound. In “DameLove,” she collaborated with Mexican-American artist Cuco for a smooth, dreamy English-Spanish groove. The song now has more than 10 million total streams. The “DameLove” video shows the two artists driving leisurely around empty Californian mountain roads in a Cadillac convertible.