In case you just don’t know what Hamilton is, that I doubt it’s the case if you are a fan of musical theater, it is one of the most famous and acclaimed musicals from Broadway, scripted and composed by Lin-Manuel Miranda and directed by Thomas Kail. This past Friday, July 3rd, Disney+ has released the original cast’s official footage enacting the famous musical on stage.

The “HamilFilm” as fans have been calling it on Twitter, has been much anticipated since the writer and protagonist, Lin-Manuel Miranda, announced it on his social media. They were letting everyone know that they had filmed the movie with the original and now retired cast. It was going to be available for everyone to watch real soon. Now, as promised, here it is. And everyone is going nuts, because the movie didn’t come to disappoint anyone, and as I’m writing this, it went certified fresh with 100% on Rotten Tomatoes.

For those of you who actually know the musical, and maybe have listened to the original album, you may know that this musical is pretty long, and the film, true to its source material, is no exception. The movie length is two hours and forty minutes, or so. Still, if you think that’s a drawback, first, you have to know that it’s going to be a funny, engaging, and emotional ride through Alexander Hamilton’s life, one of the ten Founding Fathers of the United States of America. The musical portrays his beginnings and the story of some characters involved in the revolution.

The film does feel catching and involving. At all times, once you catch up with the story and the musicality, you feel like you’re watching them acting live like you were experiencing everything sitting right there, front row, clapping, and laughing with the audience. It truly is a sort of a magical experience, this said by someone who is not actually into musical theater. Lin-Manuel Miranda has a way with words and music. He was able to do something that not every musical theater composer has the ability or talent to do. That is the talent of telling a story through music without sounding corny or ridiculous.

In many musicals we see that they are trying too hard to rhyme and follow the music with the words and stories they are telling. It feels unpleasant and inorganic most of the time. Still, with Hamilton, Lin-Manuel Miranda wrote something so complex like the rise and fall of a founding father from beginning to end. And not only the story of Alexander Hamilton, but his friends’, his wife’s, and her sisters’, and many other characters. All of this without falling into something that feels like the attempt of a good song. He actually made good, enjoyable songs. Every one of them has something unique, but at the same time, they are cohesive, making the story easy to follow at all times.

The rest of the cast is awesome too, they feel natural and well-chosen, and they all are incredibly talented. They move around the stage singing live and sometimes dancing while projecting complex emotions. The whole cast is really engaging and so fun to watch on stage. If I had to choose a favorite, It would be the three Schuyler sisters. They did a terrific job in this one; every time they came into the shot, I was always looking at them and following them even though the song wasn’t really about any of them, not to mention that all my favorite songs from the whole musical are all theirs.

Another personal favorite is Leslie Odom Jr. playing General Burr, who serves as a sort of antagonist throughout the story, and I think he did a fantastic job with his role. He certainly was another of the standouts every time he came into the stage.

Now, I don’t want to give away too many details or spoilers, even though this musical is based on actual history, just if someone doesn’t know anything about Hamilton and wants to live the full experience while watching the film. With that said, I’m just going to end things right here and know that I fully encourage you to watch Hamilton on Disney+, even if you don’t consider yourself a musical theater fan. I think this has the potential to be everyone’s cup of tea. 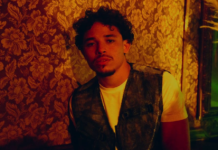 5 Hidden Gems of Latino Cinema You Must Watch