Summer is here, and while many people would rather go to the beach or hang out with their friends, some others would prefer to stay home and continue practicing social distance. In either case, we bring you a list of 7 of our favorite alternatives to binge-watch this summer…

Netflix released a new documentary film titled ‘Mucho, mucho amor’ about the legend, icon, and beloved astrologist Walter Mercado. In case you didn’t have the chance of watching Walter Mercado on TV, something that could be the case if you’re maybe too young, I’ll give you a brief summary: He was an astrologer that began his career in 1970, with a 15-minute segment on Telemundo, where he made astrological predictions. He quickly became very famous and had a successful career that started in Latin America and extended to the whole world. Sadly, he recently passed away on November 19, due to kidney failure.

This critically-acclaimed adult animation tells the story of Alma, a mixed young woman struggling with her own demons. She’s, ironically, done. She’s bored of her husband, her work, and her family. Then, one day Alma’s monotone life is over when she sees a projection of her dead father standing in the middle of the road, leading her into a car accident. Then, at the hospital, her father appears once again, telling Alma she’s special, just like her grandma, who had dementia. She starts to think, of course, that she’s crazy. The show is for sure a trip, a wild one, but totally worth it. You’ll be able to feel a deep connection with the main character and her story, how she struggles with her own feelings, and the things she cannot control. Rosa Salazar’s acting as Alma is superb; the animation style is so simple and classic yet innovative and breathtaking. If you like stories than can mix outstanding character development with a complex and twisted plot, you’ll love Undone.

If there is one thing Netflix stands out for, is for bringing a great variety of interesting documentaries. This time we would like to highlight Disclosure. This original production explores the representation of the trans community in the media from the beginnings of cinema to the present day. This documentary is a must to understand the impact of the media in our society and how it conditions us to act towards a minority in the real world. In Disclosure, we can hear testimonies from Chaz Bono, Tracy Lisette from ‘Transparent,’ MJ Rodriguez from ‘Pose,’ Candis Cayne from ‘Dirty Sexy Money,’ and many other trans artists who have struggled to represent their community under a positive light. In these times of social change, this documentary is a must see for anyone who wants to empathize with the LGBTQ+ community and learn about their history and the challenges they face.

This brand new TV Show works as a spinoff of the famous teen movie ‘Love, Simon.’ This one is about Victor Salazar, a fifteen-year-old who had to move from his old small town in Texas into a bigger city, Atlanta. He’s excited to have a new life, a fresh start, where no one knows him. He wants to experiment and discover himself, what he likes, and what he doesn’t like. The show is mostly about Victor’s sexuality, who is confused whether he likes boys, or girls, or both -maybe none-. Being from a small, religious, Latin family, he has never had the opportunity to talk about it with anyone before, and now that he’s in a new place and everything is changing, he thinks it’s the right time to do so. It’s very easy to fall in love with these characters, who fell relatable since we all were once teenagers and can quickly put ourselves in their place. Well done and just deep enough, ‘Love, Victor’ takes you into a nostalgic trip to your days in high school and how intense, uncertain and explosive it is to be a teenager.

‘Control Z’ is one of the newest Netflix additions to the platform. It is, of course, a Netflix original series, and it’s set in Mexico, more specifically around El Colegio Nacional, a prestigious high school for rich kids. The main protagonist is Sofia, but the show follows a lot of other characters in her class. She’s an obsessive girl who’s always following the details of everyone’s life closely just for the thrill of it, she’s also an outcast, since she tried to kill herself sometime in the past, and everyone looks at her differently ever since then. And of course, since it’s a school where everyone is rich and living their best life, people do not want to befriend the mentally unstable girl. But things change one day in a school reunion, where a transgender student is outted in front of the whole school by a hacker who intends to leak everyone’s secrets. Lives start to crumble down as all the lies they’ve told start to unveil, and the only one clever and careful enough to find out who the hacker is the eagled-eye weirdo Sofia.

In many musicals, we see that they are trying too hard to rhyme and follow the music with the words and stories they are telling. It feels unpleasant and inorganic most of the time. Still, with Hamilton, Lin-Manuel Miranda wrote something so complex like the rise and fall of a founding father from beginning to end. And not only the story of Alexander Hamilton, but his friends’, his wife’s, and her sisters’, and many other characters. All of this without falling into something that feels like the attempt of a good song. He actually made good, enjoyable songs. Every one of them has something unique, but at the same time, they are cohesive, making the story easy to follow at all times.

In case you haven’t heard about this show, La Casa de las Flores is a dark comedy about the De la Mora family. The show starts with a woman killing herself in the flowering shop of this family, making everyone discover that the father of the family had another woman and child. The De la Moras’ life then starts falling apart, they will struggle with money and relationships since they all discovered that the father was a cheater. La Casa De Las Flores is a super fun story about love, family, revenge, and forgiveness. It’s not that emotionally charged, and the acting, as well as the aesthetics are well put together. We can affirm no one was expecting it to be that good being a Mexican TV show that came out of nowhere, lucky for them; it was a huge success in Latin America. The chapters are short too, and the show is already finished with three seasons, so it’s perfect to binge-watch on the weekend with friends. It has some explicit content, but nothing we have never seen before.

We’ll keep adding more to the list. Please continue to share with us what you have enjoyed so far! 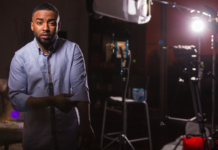 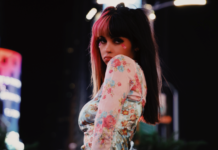