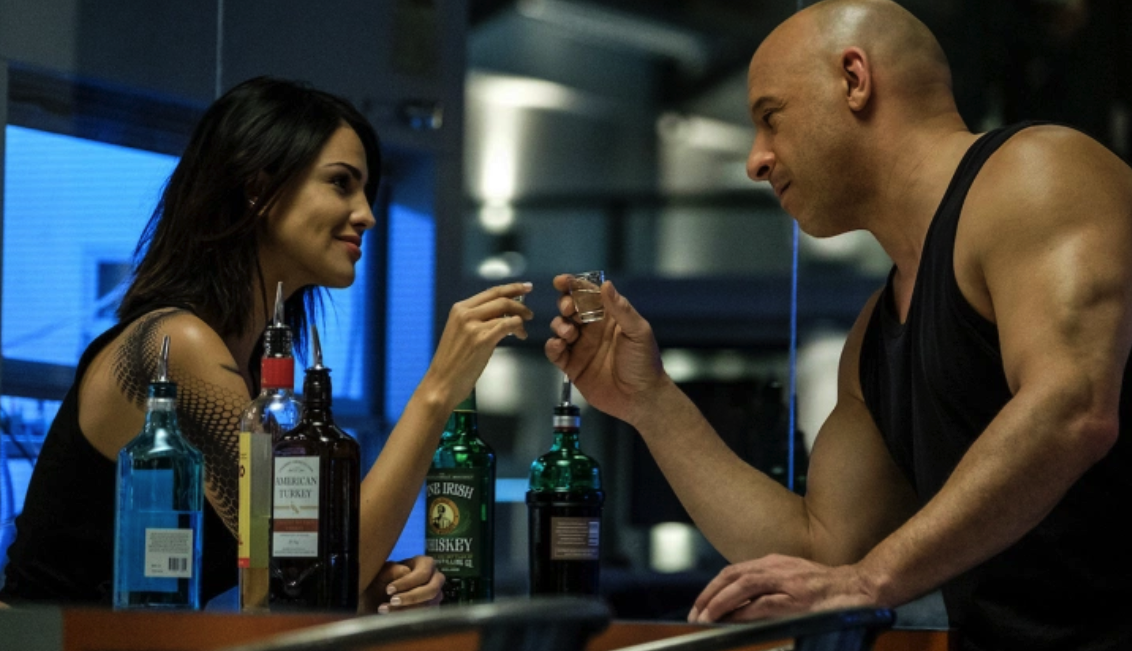 Since her supporting role in Baby Driver, the worldwide critically acclaimed movie hit, Eiza Gonzalez’s career has done nothing but grow over the years, from science fiction movies like Alita: Battle Angel and Paradise Hills, to the well-known blockbuster saga Fast & Furious, she has been climbing higher and higher, getting bigger roles for relevant characters in the plot development. Eiza can manage main roles flawlessly; Bloodshot is the proof of it.

Bloodshot is an American film directed by David S. F. Wilson that came out in February this year. It’s an action movie with some science fiction sprinkles starring Vin Diesel, Hollywood’s favorite when it comes to this kind of project (filled with action, and long montages of shooting, punching, and lots of blood). Along with a couple of other recurring characters that we won’t focus on since this article’s real star is none other than the ever-growing Eiza Gonzalez.

To put Eiza’s role in context, everything in this movie revolves around Ray Garrison (Vin Diesel.) After being caught and killed by a world-feared terrorist, Ray, a military man wakes up again in an unknown place, which turns out to be the building of an advanced technology corporation called Rising Spirit Technology (R.S.T.). Here, he learns that he has died, and thanks to the nanites (micro-robots) running thru his veins, he is now back to life. Stronger and better, in a place with a greater purpose.

That’s when Eiza’s character comes into play. “K.T” is a former navy swimmer who, after being sent on a rescue mission, ends up seriously injured by an acid attack and unable to breathe. She is then saved by R.S.T.’s technology thanks to a tracheal respirator that now makes her immune to any kind of suffocation. Vin Diesel’s character, Ray Garrison, has lost his memory and knows nothing about his life before the moment he woke up. K.T tries to help him, approaching him out of compassion because she knows what it’s like to wake up in an unknown place, surrounded by extraordinary yet unknown things that seems like they were out of a movie.

Now, we can’t tell much more about the film’s plot as it would be falling into spoilers. No one wants that really, so we keep the focus on the technical aspects, more specifically, the performance of Eiza Gonzalez, who is the biggest standout of that whole hour and forty minutes that the film lasts.

These types of action movies are not popularly known for being the most innovative or deepest scripted. Usually, they fall into the “problematic” morally questionable spectrum when it comes to including well-rounded, plot-constructed female characters, but this time with K.T they did an excellent job. She is not only a character with a story and a clear motivation behind her and her actions, but she feels like a character in herself and not just a prop set up to function as Ray Garrison’s love interest or motivation, which is what a lot of these action movies do, using female characters just as a coin to motivate the main character or to have some suggestive scenes that catch the viewer.

In this case, I think Eiza had little to work with, to be honest, because, beyond the fact that her character at least felt individual and not an accessory of the male protagonist, there wasn’t anything else more to it. The script didn’t offer her many other advantages, as she didn’t have particularly emotional or long dialogues. Still, she managed to do her best work every time the camera landed on her. Her expressions felt organic and real, and her dialogues were delivered with just the right amount of emotion to feel genuine and not overacted or ridiculous, which could have completely ruined her character.

Bloodshot is a perfect movie to spend some fun time with family and friends, you know it won’t change the film industry, but you can still enjoy the action and the good acting. For a typical action movie, Eiza Gonzalez managed perfectly to stand out and do more than what you would expect from these kinds of films, which is incredibly admirable.

Buy or rent below:

Either way, more releases are expected from her this year, like ‘Godzilla vs King Kong,’ among others. And we hope that her career will continue to grow in film and deliver stellar performances with award-deserving characters.