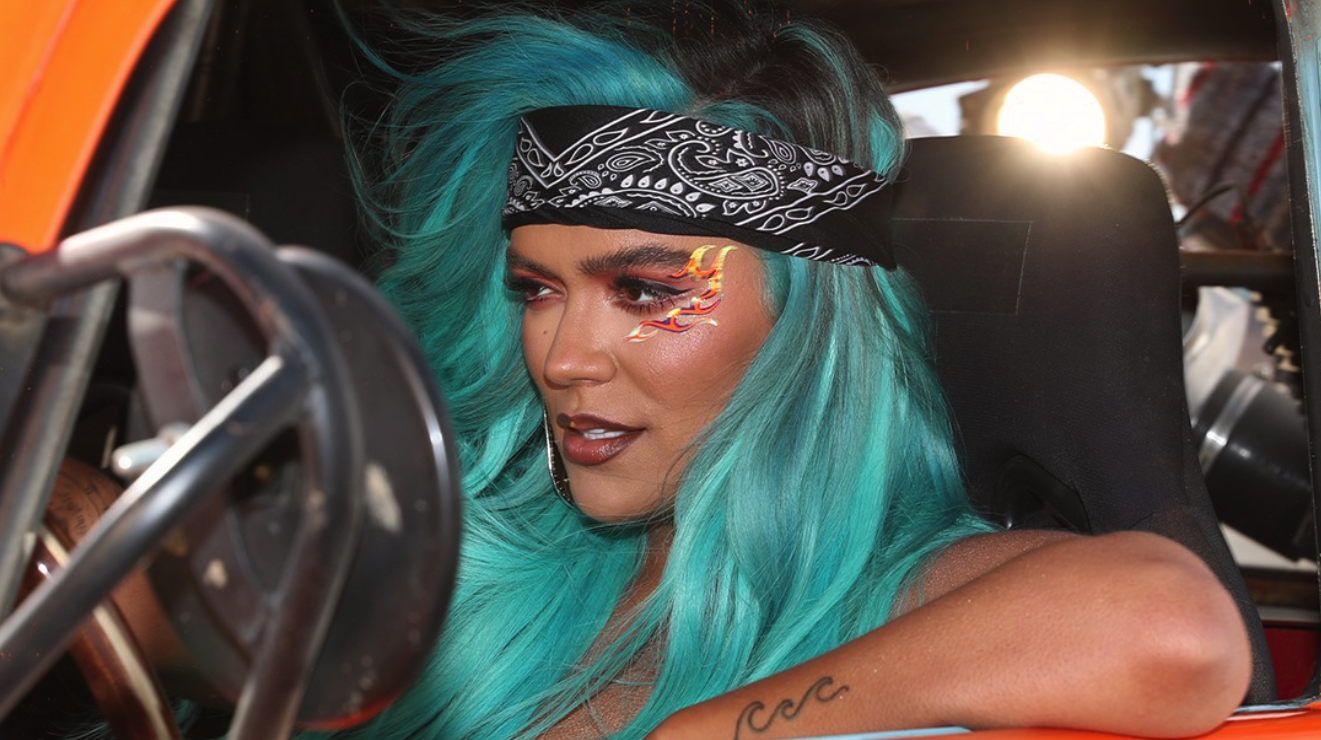 Multi-platinum international superstar, KAROL G, had a very special night with her fans yesterday with the delivery of a captivating live virtual concert exclusively via Facebook. The concert left a memorable mark in the artist’s career by not only it being one of the biggest partnerships with a Latin female artist in Facebook’s history, but also amassing more than 1.2 million live viewers. After the concert, KAROL G celebrated by surprising her fans with music videos for “El Barco” and “Gato Malo“available on her Facebook page.

During the performance, the singer was accompanied by her band on a rooftop in the city of San Francisco, CA. Surrounded by stunning and interactive visuals, the stage was filled with radiant energy and excitement, bringing the fascinating world that KAROL G created with ‘KG0516‘ to life. The artist began the concert singing empowering lyrics with “Déjalos Que Miren,” “Ay, DiOs Mío!“ and “Contigo Voy a Muerte.”She then delved into sentimental rhythms with “DVD,”“El Barco“and “Gato Malo,” to later raise the energy with her current top hit “El Makinon“ and kick off the party with some of her other most popular hits including “200 Copas,”“Ocean,”“Bichota“ and “Tusa.” To end the night the artist blew viewers away by inviting some of today’s most prominent artists to the stage, including Ivy Queen, Wisin, Nicky Jam and Alberto Stylee to deliver a dazzling finale to the concert performing their song, “Leyendas.”

KAROL G continues to assert her dominance in the music industry as the #1 Latin female artist in the world. Not only did she make recent history with “KG0516 Live Concert,” but she continues to conquer the top spots on the music charts. ‘KG0516′ is in the Top 3 of Billboard’s “Top Latin Albums” chart, while her latest single “El Makinon” with Mariah Angeliq was #1 on the “Latin Airplay” chart and continues to rise in the top 50 of Spotify’s “Top 200.”Similarly, the music video ranked #5 on YouTube’s “Top Global Music Videos,” accompanied by “Location” at #65 and “El Barco” at #73.

Cardi B and Ozuna Join the Cast of “Fast and Furious...