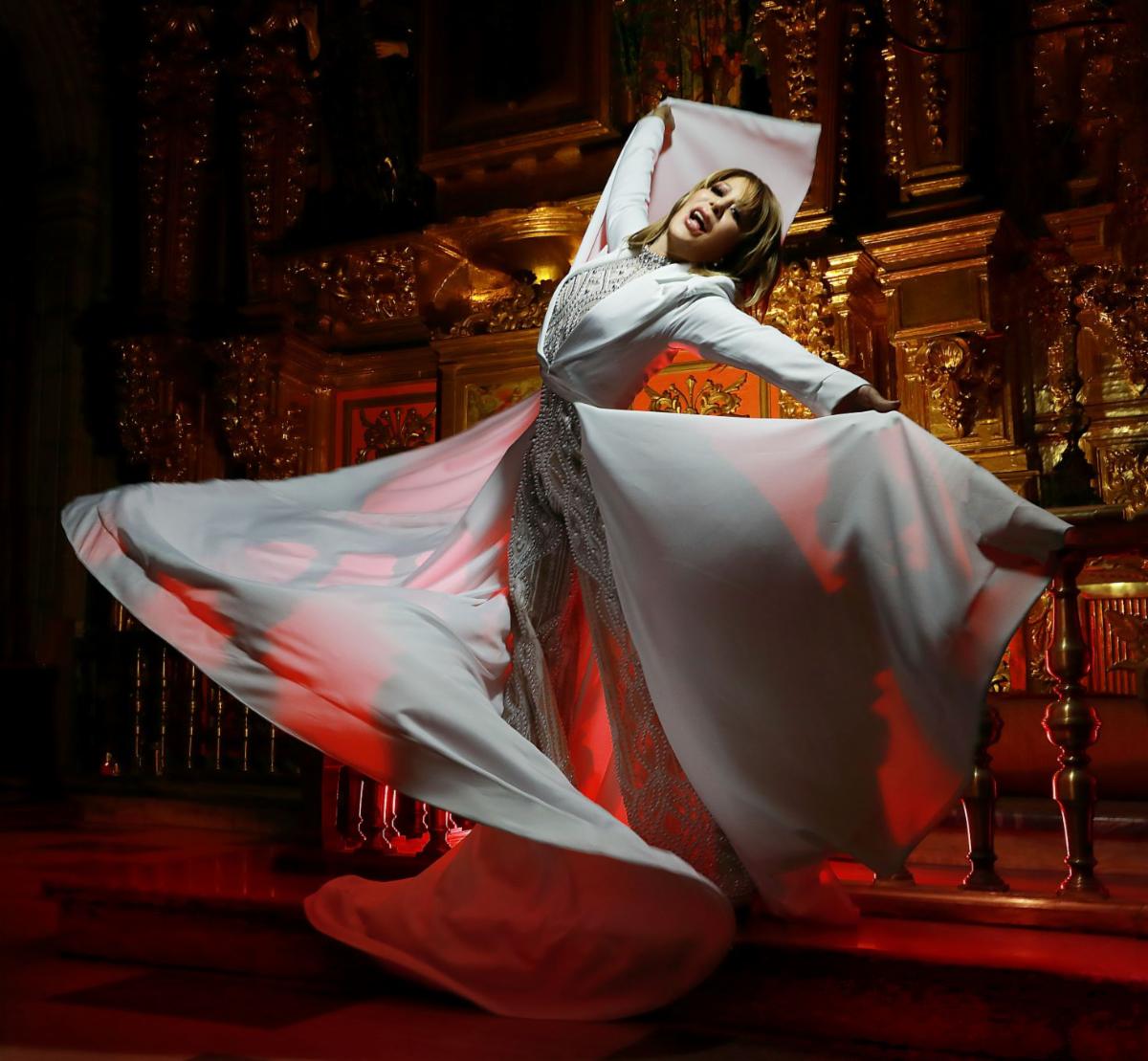 2021 starts off with a big bang for superstar Alejandra Guzmán and the launch of her power ballad single and video, “Lado Oscuro,” written by Guzmán, Benjamín Díaz, and Alejandra Zéguer, and produced by Guzmán herself. They reveal La Guzmán at the peak of her form and give a deep insight into her soul. The single and its powerful video, filmed in a church in the center of Mexico City, produced by Alejandra Guzmán and directed by Ángel Flores, speak for themselves. Her millions of fans around the world have been waiting for the real Guzmán: here she is.

The new and revealing single celebrates the dark side we all carry inside, which is difficult to face; but only Alejandra Guzmán can turn life’s challenges into an anthem about self-acceptance, branding it with her powerful voice and the passion of a true warrior. This new single speaks about the scars that come with life, the suffering of existence, and the abyss of reaching the bottom. Alejandra’s solution is brave, by embracing this dark side, by accepting ourselves as we truly are; by understanding that for light to exist, there must also be darkness, that time heals everything, including understanding ourselves.

“Lado Oscuro” shows a more introspective Alejandra Guzmán and marks the powerful musical comeback of La Reina del Rock, along with a daring video that will give a lot to talk about and an album to follow this year, promoted by an extensive world tour.

Alejandra remains as refreshing as ever as she begins a new phase in her musical journey, and “Lado Oscuro” marks Alejandra Guzmán’s first musical work since her management was taken over by All Parts Move in Miami. She has since signed for worldwide touring, acting, and writing representation with CAA; from 2021 on, her music will be distributed by The Orchard. Besides writing and recording new music, Alejandra will be starring in the second season of Amazon Prime series El Juego de las llaves and promises to surprise in 2021 with new and unexpected projects.