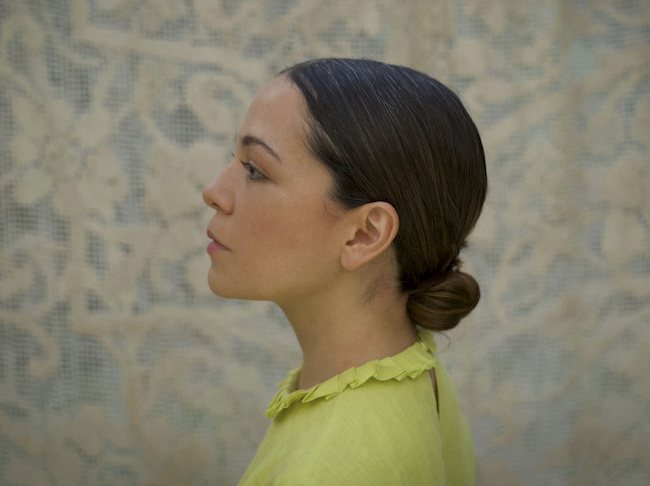 When Natalia Lafourcade began work on Un Canto in 2019, she quickly realized that she was getting involved in a project that was bigger in spirit and scope than anything she had undertaken before. Released last year to critical and commercial acclaim, Un Canto por México, Vol. 1 was conceived as a benefit album. Its proceeds were instrumental in rebuilding one of Mexico’s cultural treasures: Veracruz community center Centro de Documentación Del Son Jarocho, damaged by a destructive earthquake in 2017.

Right from the start, Lafourcade envisioned this luminous collection of songs as the first of two albums. “It all began with a benefit concert in November 2019,” she says. “As soon as it was over, we realized that we couldn’t just leave it at that. We needed to find a way so that more people could enjoy the music – and our initial motivation for this project could establish deeper roots.  As we began rallying fellow artists and recording tracks, it became apparent that a single album wasn’t enough.”

Now, the release of Un Canto por México, Vol. 2 signifies the closing of a circle – not only for the singer herself but also as a soulful celebration of Mexican culture. A concept album brimming with positivity and hope, the collection boasts a remarkable gallery of guest vocalists.

“The making of these albums found me at a specific moment in time when I was questioning myself both as an artist and a woman,” explains Lafourcade. “What is the final destination of my path? What kind of messages should my music be associated with?  I come from a land that has more than its share of dark moments – but the positive elements are marvelous.  I felt the need to contribute to the cause through my art.”

Lafourcade emphasizes that this project goes way beyond the simple rescue of a building damaged by a natural disaster.  As it turns out, the Centro de Documentación Del Son Jarocho signifies much more than the preservation of a beloved music genre.

“The center is linked to the Veracruz community,” she enthuses.  “It honors a sensibility that draws inspiration from the lifestyle in the Mexican countryside.  The lyrics of son jarocho speak about the cycles of the Earth, the harvest of the season.  They talk about people – what they eat and drink, their labor on the fields, how they raise their children.  In the current delicate social context, music has the power to save us from hardship and depression.  Songs offer solace, providing healing from the darkness of negative spaces.”

The main foundation of both albums remains Lafourcade’s voice.  A dazzling instrument, it manages to sound deep and ethereal at the same time.  It can be sophisticated and cosmopolitan, yet friendly and approachable.  One of the most gifted Latin American songwriters of her generation, Lafourcade has enjoyed her fair share of hit singles.  But it is her loving renditions of Latin American classics that place her alongside icons such as Mercedes Sosa and Violeta Parra.

Born in Mexico City and raised in Veracruz, Lafourcade demonstrated she was a visionary young voice with her breakthrough self-titled album released in 2001 and certified Platinum in Mexico. Since then, she has won 14 Latin GRAMMY®s and two GRAMMY®s, performing all over the world, from New York’s Lincoln Center to a sold-out Hollywood Bowl.  Her performance of “Nunca Es Suficiente” with Los Ángeles Azules is the most watched Mexican music video of all time, with 1.2 billion views.

This remarkable success was the stepping stone that allowed her current project to flourish beyond any expectations. “I ended up involving myself in a gigantic project that also entailed a huge level of responsibility,” she reflects.  “One of those tasks that motivate you to keep pushing forward, no matter what, because you simply can’t leave the dream behind.  It’s taken us three years, and I think of it as an album made in the spirit of community.”

Even though the pandemic did slow down the project, Lafourcade carried on. “It’s all coming together at the same time,” she says. “We’re getting ready to release this second album into the world at the same time that the rebuilding of the community center is in its final stage for reopening. Save The Children and other organizations contributed funds. The center has been rebuilt with stronger foundations, so that it can withstand the future movements and shaking of the Earth.”

The poetic symbolism of this act – the rebuilding, stronger foundations that anchor culture and community – is not lost on Lafourcade. “I love to think that this project could inspire more people to lend a hand,” she reflects. “What we did involved the talent of many artists – their strength, their soul and spirit, all of us marching forward together.  t’s my biggest pride.”