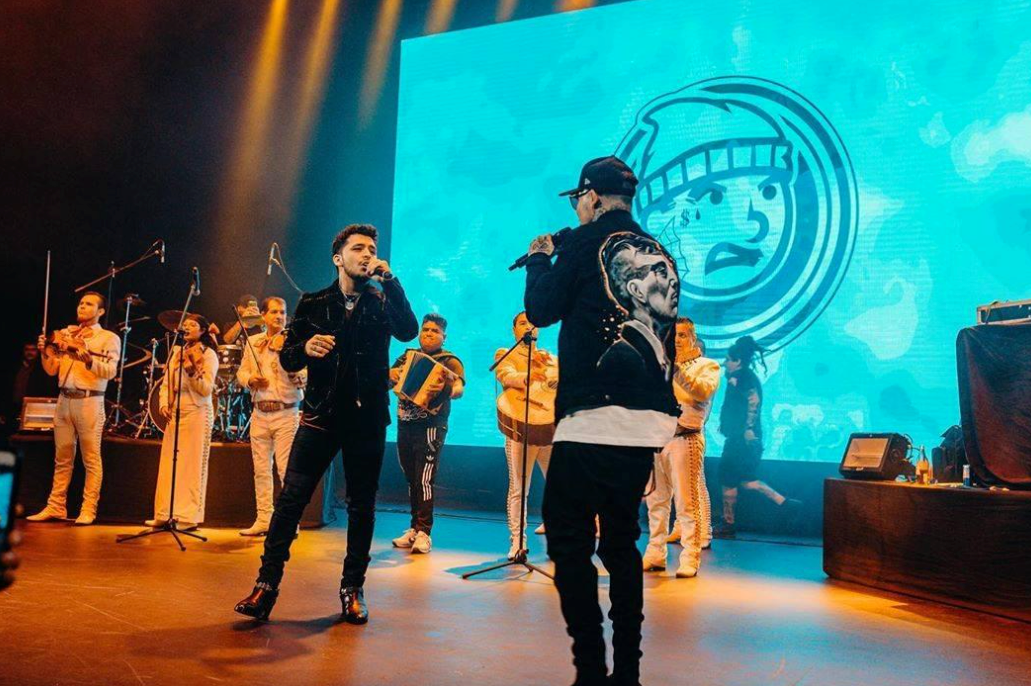 “Botella Tras Botella” is interpreted by two important faces of the regional and urban genre in Mexico: Gera MX and Christian Nodal. They bring us a union that will undoubtedly be a great surprise for all the fans that have been waiting for the song for a long time.

Under the production of Jay Rick and Edgar Barrera “Botella Tras Botella” is one of the most anticipated songs of the year, arriving on its release date accompanied by an official video filmed during the recording of the song on a casual hangout between Gera MX and Nodal, revealing that in reality the inspiration and production of the single was very easy for the two friends.

About the single, Gera MX mentions: “To me, “Botella Tras Botella” is an anthem. It is an ode to parties, to friends, it reminds me of the best times I’ve spent as a performer, playing concerts, toasting right after a show when the adrenaline is at its highest, being on tour while thinking of love or heartbreak. This single encompasses all that from so many angles: the parties, the heartbreaks, that feeling when you’re far away, how you miss things, your mindset… it represents all of that for me.”

For Christian Nodal, “Working with Gera is a lot of fun. We are very good friends, we have the tradition of making carnes asadas before arriving at the studio, drinking, and recording for the pure love of art. Hip-Hop culture is something I respect and admire greatly. The fact that this song is so genuine makes it even more special. It became viral when I posted it on my Twitch channel while I was playing. Someone recorded that bit, uploaded it on TikTok, and it had an impact that neither Gera nor I had planned. We weren’t even planning on releasing the track.”

Trending Artist: Who is La Insuperable?

Christian Serratos To Star as Selena Quintanilla In Netflix’s ‘Selena: The...