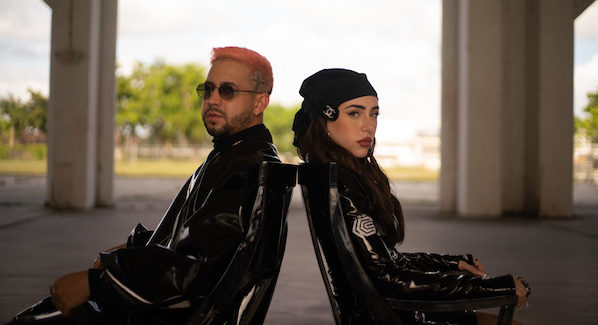 The 21-year-old rising Argentine star Nicki Nicole has enlisted Puerto Rican reggaeton artist Mora on the new single “Toa La Vida.” “Toa la Vida” is a love song about feeling that you don’t need much more than each other.

Mora produced “Toa La Vida” and is featured on vocals. “This song with Mora came out of the blue,” Nicki explains. “We really liked each other’s work so when I was in Miami we wrote to get together. When we met in the studio we instantly had a great vibe and the song flowed very naturally. He brought his style and I brought mine, and the song turned out amazing.”

The “Toa La Vida” official music video was directed by Daniel Eguren and filmed in an abandoned Miami warehouse. To highlight the message and the lyrics of the song, the video has a sober and minimalist aesthetic, focused on the dynamic between the two artists.

“Toa La Vida” follows Nicki’s recent single “Me Has Dejado” with Spanish rapper Delaossa. The music video features contrasting scenes of the two musicians with their friends, Nicki stuck on a sinking car and Delaossa in ruins.

Earlier this spring, Nicki performed “No Toque Mi Naik (feat. Lunay)” on The Tonight Show Starring Jimmy Fallon. She was the first Argentine artist to perform on the acclaimed TV show. Nicki also recently won “Best New Female Artist” for Premio Lo Nuestro and was nominated for “Best New Artist” at the Latin GRAMMYs. Her viral remix for Rochy RD’s “Ella No Es Tuya” was featured on President Obama‘s “2021 Summer Playlist” and now has more than 500 million total streams.