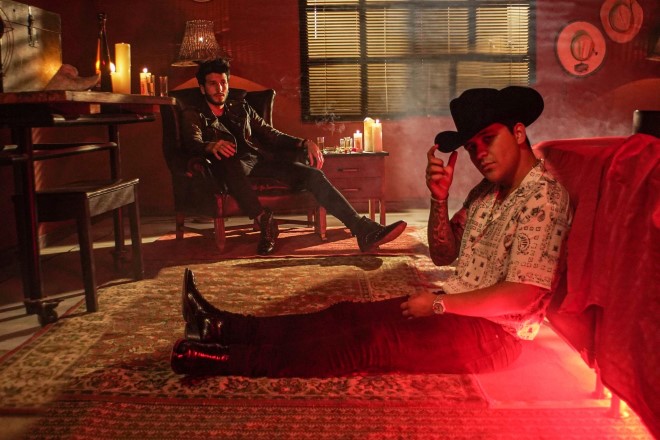 After a record-breaking 2019 that included 45 sold-out shows for his “Ahora” tour plus countless awards and recognitions, young singer-songwriter Christian Nodal is premiering his new music video alongside one of the biggest stars of Latin music, Sebastián Yatra, for the song “Esta Noche” (Tonight), which is a track of his hit album ‘Ahora‘ (Now).

“Esta Noche” was recorded in the city of Medellin, Colombia last May at the famous La Chula restaurant, which served as the main backdrop.

In addition to the premiere of his new video, Nodal is kicking off 2020 with a bang, beginning with a sold-out show in Arandas, Jalisco, and two nominations for the iHeartRadio Music Awards for Mexican Regional Artist of the Year and Regional Mexican Song of the Year.

Nodal is working on his third album which will certainly become another major success from this talented young artist, who already is an idol among music fans everywhere.

Have You Heard of Tribal Pop Electronic? Meet the Mexican-American KORDELYA...