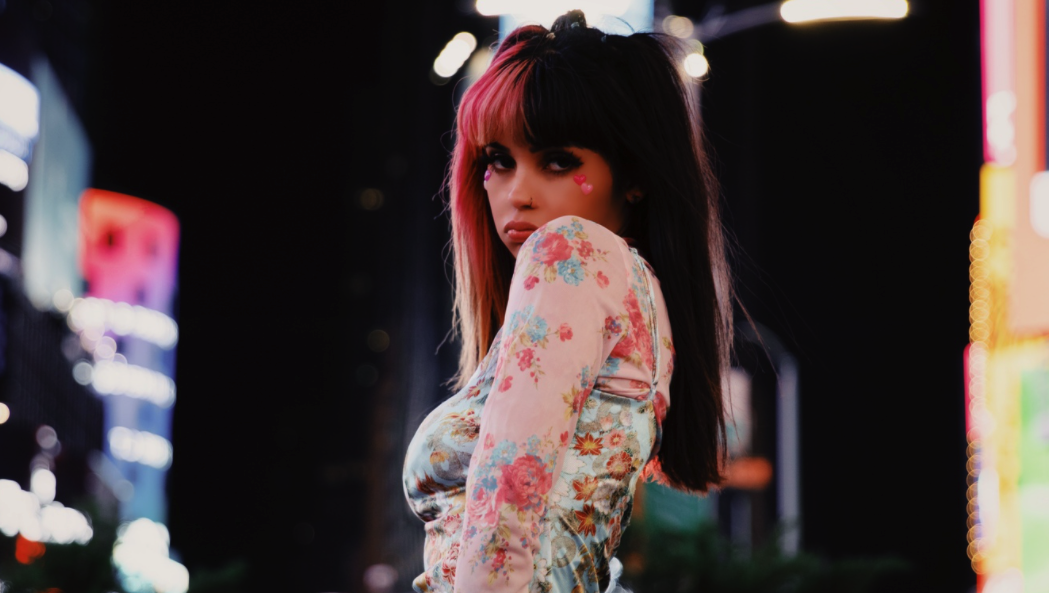 San Antonio de Los Altos is a small town near Caracas, the capital city of Venezuela. 24 years ago, a little girl named Andrekza was born there. She developed a strong connection to arts and creativity, so strong, that from a very young age she made the decision of dedicating her life to music and expressing her feelings through it.

Sometimes, the path to fame and success is not easy, and people spend several years chasing the life of their dreams. But some other times, people find the clearest path, as it was meant to be.

Something like that happened to Andrekza just a year ago. While 2020 was full of fear and confusion for most of us, it brought her the biggest opportunity of her life while being in Miami, Florida.

Andrekza was fully committed to making her dreams come true, so much that she had her debut album “cassette” ready, the only thing she needed was a producer to believe in her. And it was through a producer’s contact that she ended up connecting with the upcoming imprint founded by none other than the great Steve Aoki.

“Everything happened so fast…” those were Andrekza’s words while describing how it was like to meet Steve Aoki, and being signed as the first Latina woman to join the label.

Dim Mak En Fuego focuses on pushing upcoming Latino artists that want to bring hybrid sounds to the music industry. As you may imagine, working with them is the perfect platform to showcase one’s talent. And Andrekza knew how to take advantage of that opportunity.

“She has a unique voice and many stories to tell.”

She is a creative force. She writes her songs, creates her own fashion, she can direct her videos. Her vision is imprinted in everything she produces. In the words of Steve Aoki

Just a few months after signing with Dim Mak En Fuego, we could listen to the first single of what’s now a four-song EP; “Té” was released in January and is the first invitation we received to Andrezka’s universe.

Her lyrics and videos are entirely intertwined. The talent in storytelling is something you can perceive since the very first verses, as she is slowly conducting you through a fictional relationship that begins with a causal cup of tea.

With the release of her first EP came three more songs. “Ya Fue”, “Nerviosa”, and “Tuve”. As her album is titled Cassette, she revealed that it consists of two sides, just like an old cassette.

“Lado A” (Side A) is this first EP we just mentioned. The album will be complete once she releases the side B songs. She revealed that the full album will have 12 songs, and that we should expect more surprises coming this year.

Her music is strongly influenced by her Latin roots; you can identify the beat of reggaeton and trap, mixed with a little bit of R&B and electronic sounds. Every single song sounds different, and just by listening to them once, you end up identifying which one is which and how they work together making her story.

One thing that we experienced while listening to her songs is how familiar the themes seemed to us, while still having a different point of view.

The Latin music that’s been rising and shining during the last few decades is urban music. That music is full of partying, relationships, having fun, having sex, ect. And it was all made by men. Yes, we had amazing female artists like Ivy Queen, but the vast majority of the songs were written, produced, and sang by men.

Andrekza touches the same topics, talks about the same things, and you can picture her along the huge industry that’s Latino music at this moment. But yet she sounds different, she adds her own style; you feel it softer, almost as she was a friend of yours spilling all the tea of her past relationships.

The last song of this EP is called “Tuve” (I had) and it’s a collaboration featuring Gabriel Garzón-Montano. The classic reggaeton beat gets mixed with electronic sounds that resemble the ones from old video games.

As we said before, Andrekza makes every song match perfectly with her visuals, as the music video released on February 19th tells the story of a fantasy that becomes real as the couple is chasing each other in the streets of New York City, as if they were characters from a video game.

Showing how multi-talented she is, her name is displayed as the co-director of the video. She chose the location, concept, visual aesthetic and how they were going to record it. As a photographer and creative director, Andrekza makes her visions come true so they match perfectly with her music.

2021 is a promising year for this rising star. You can find her on all platforms of social media, and listen to her music on Spotify and Youtube. Feel free to check her EP and get immersed into the universe Andrekza is building. We are sure her name will be everywhere in no time, and she will become not only a music star but also a fashion icon.