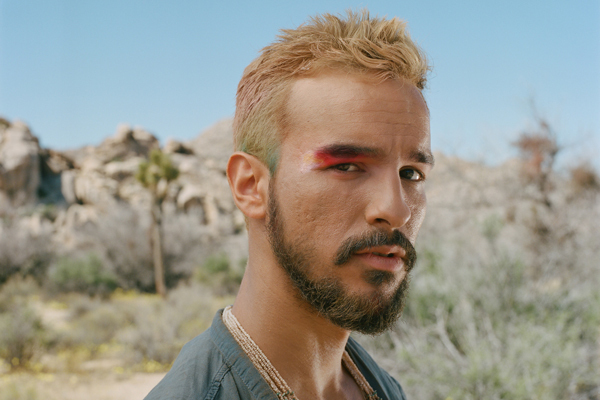 Back in 2014, Gabriel Garzón-Montano released an EP called Bishouné: Alma del Huila, a sultry, jazzy, and all-around smooth compilation of songs he wrote, composed, and produced all on his own. A couple months later, Gabriel’s sultry vocals and beats from “6 8,” off his debut were sampled on Drake’s “Jungle,” the rest as they say, is history.

Sampling by arguably the best rapper alive aside, Gabriel Garzón-Montano is a multi-talented artist that deserves stand-alone credit. The French-Colombian musician can play the violin, drums, guitar, piano, and bass, talents he utilized to seamlessly create his EP and debut studio album Jardín, which released on January 27, 2017. Garzón-Montano credits his French background for his meticulous work ethic and his Colombian roots for his musical tastes, including salsa and cumbia. Jardín is a hauntingly beautiful album you can feel in your skin, to put it frankly, baby-making music. To categorize Gabriel’s music as simply R&B, neo-soul, or even mainstream versus Latino, would be banal, there are layers to his musical genius. And while Gabriel doesn’t sing in Spanish, or come off as an immediately Latino music artist, it is inspiring to see a masterfully-skilled musician of Latino background gaining mainstream acclaim.

If you’re in the Los Angeles area you may want to check out Gabriel performing at Amoeba Hollywood on 2/2/17 and at Fingerprints Music in Long Beach on 2/3/17 before he heads off on a European tour. Check out his website for the latest, and be sure to follow Gabriel Garzón-Montano on social media. See the video for “Crawl” here.