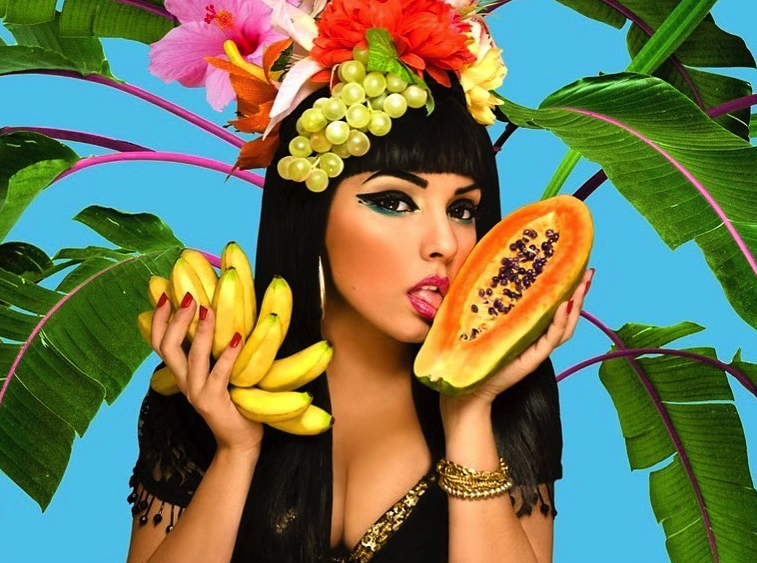 Jarina De Marco shares more of her forthcoming EP, with the powerful single “Identity Crisis” expounding on a type of discrimination known as colorism. Produced by Nick Silvester, the sharp, and at times, witty lyrics encourage groups affected or aware of this prejudice to stand up and resist the colonial driven mentality that has carried on to the present age. Kindling a common theme of Jarina’s music, unity, “Identity Crisis” is another spark that attempts to breakdown societal borders and embrace uniqueness. Available on all of your favorite Platforms CLICK HERE.

Jarina De Marco says this about the song:

“I wrote ‘Identity Crisis’ because I wanted to start a conversation about colorism. When I was 11 years old, I moved back to the Dominican Republic from Montreal, where my family and I had been political refugees. It was at that time that I was introduced to complex systems and rules that were in place. Colorism is the discrimination based on shades of skin color, and at times, even the types of hair that can be common with darker skin. Colorism is a world-wide phenomenon that comes from a system of racial hierarchy and race-based ideology directly linked to colonialism.

Sentences like ‘mejora la raza’ (better the race) meaning, marry someone lighter than you to improve your lineage are used frequently as sound advice. The government, until very recently, wouldn’t allow natural black hair in pictures for government issued ID’s and also categorized its citizens by shades of color. T for ‘Trigeno’ (wheat like), IC for ‘Indio claro’ (light Indian) and so on, all in the efforts to avoid using the word “black” thus acknowledging our African heritage.

I found myself in this ecosystem of class and race as a light skinned Dominican in a position of privilege. Doors were opened to me that others could not walk through. This structure of domination that privileges white skin and lighter shades over black and brown folks has had extensive damage on the psyche of POC, their self-love and their self-worth.”

“Identity Crisis” is the third single from Jarina De Marco’s forthcoming EP due out in August 2019. Jarina recently walked the red carpet of the STARZ hit series VIDA, in which she guest starred and also co-wrote the official soundtrack. Jarina’s song “Malcriada” which will be a part of her EP was featured on the series finale of Comedy Central’s Broad City.

Jarina De Marco is of Dominican and Brazilian descent and her sound embodies the multi-ethnic future. Her work defiantly transcends categories and borders. She is a creative visionary who sings in four languages (English, Spanish, Portuguese and French) and spearheads all aspects of her project: songwriting, production, visual design and video direction. Her music has been supported by the STARZ breakthrough hit series VIDA. The trailer featured her song “Release The Hounds” which was written in solidarity with the people of Standing Rock. Episode 3 of VIDA starts with De Marco’s “Tigre” playing full blast during a highly publicized Latin queer sex scene, as covered by Vulture among other outlets.

As an outspoken advocate of women’s rights and human/gender equality, Jarina’s music is a unique blend of global consciousness and global rhythms. She simultaneously supports the message of resistance, while creating a colorful sound entirely her own.