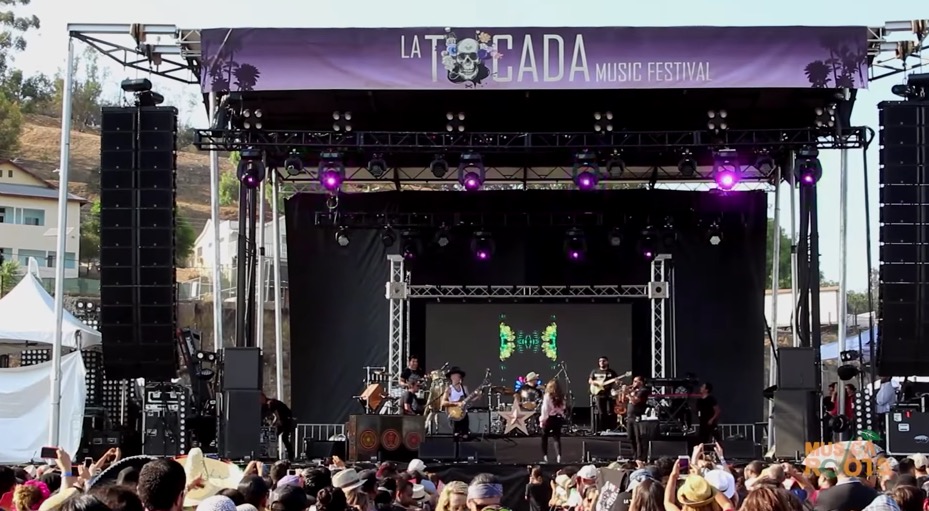 La Tocada Music Festival celebrated its 5th anniversary in Los Angeles, at the LA State Historic Park on Saturday, August 4th 2018. With the temperature of almost 90℉, the LA heat could not stop these concert-goers from seeing their favorite musicians perform.

Molotov was one of the bands that opened the music event on the main stage with immense energy that set the mood for the rest of the music filled day. Followed by them, many other bands such as, Camilo Septimo, Little Jesus, Porter, and Caloncho took the Hollywood Stage, and had the crowd jumping, dancing and singing along to their alternative music.

At the main stage some bigger names like, Jesse & Joy, Mon Laferte, Panteon Rococo, and Café Tacvba filled the open area with music lovers and performed some of their greatest hits. Latin artists and fans of rock, alternative and pop were able to come together at La Tocada Music Festival and celebrated a culture that is bounded by the power of music.

Enjoy the recap video, we’ll see you next year!

Alejandra Guzmán Reveals Her Dark Side With Her New Single and...