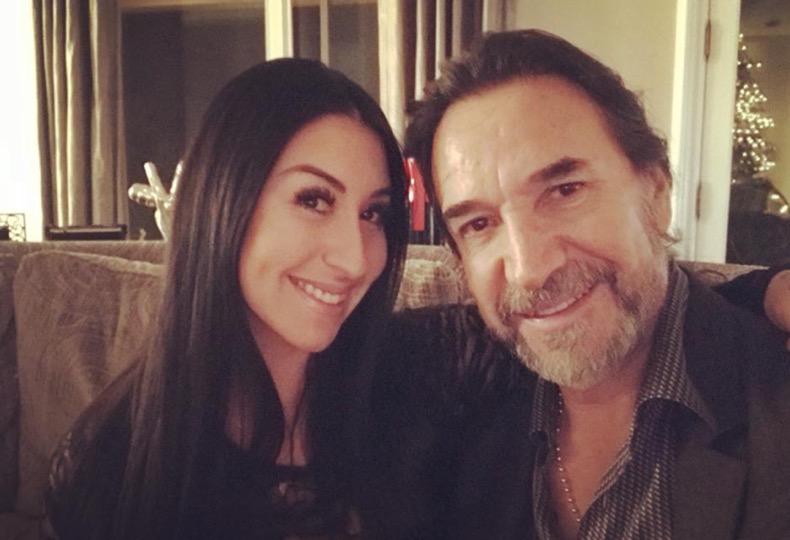 The Latin pop, grupero, cumbia, ranchera, and bachata star’s grown child is set to perform in Mexico City, at the Palacio de los Deportes, a spectacular indoor arena, on August 17th. She will be featured in a special Billboard showcase.  Similar events have been held successfully in Chile, Colombia, and outher countries, and it’s the first time it will be hosted in Mexico.

A wide variety of stars such as Lupillo Rivera, Dulce María, Los Polinesios, Kalimba, K9, Diana Jane Hansen, Maite Perroni, José Manuel Figueroa, Alexander Acha, and Juan Solo will be in attendance and performing. These artists have little in common, as the goal is to offer audiences a varied range of genres.  Additionally, an online contest enables fans to select a singer out of four possible candidates, and the winner is added on to the list of stars that will take the stage.

Betty was asked to participate as a result of the popularity attained by her first tracks. She introduced fans to one of them, “Mi nueva historia”, during her dad’s shows held in 2016. Father and daughter sang it together and it made for a touching moment.  A concert video of the song has been seen on YouTube over 2.5 million times, and the official song video already has roughly 1.6 million views.

The 29-year-old chanteuse started singing as a little girl at family parties, not surprising, given that her mother, Beatriz Adriana, is also a big ranchera music star.  In April, following the release of her second single, “Llévame”, Betty played several venues in California. After the Billboard showcase in Mexico City, she will offer a number of presentations, both within Mexico and in other countries, soon to be announced.

She is currently wrapping up production for her third single, “Nuestro amor se fue”, composed by her dad.