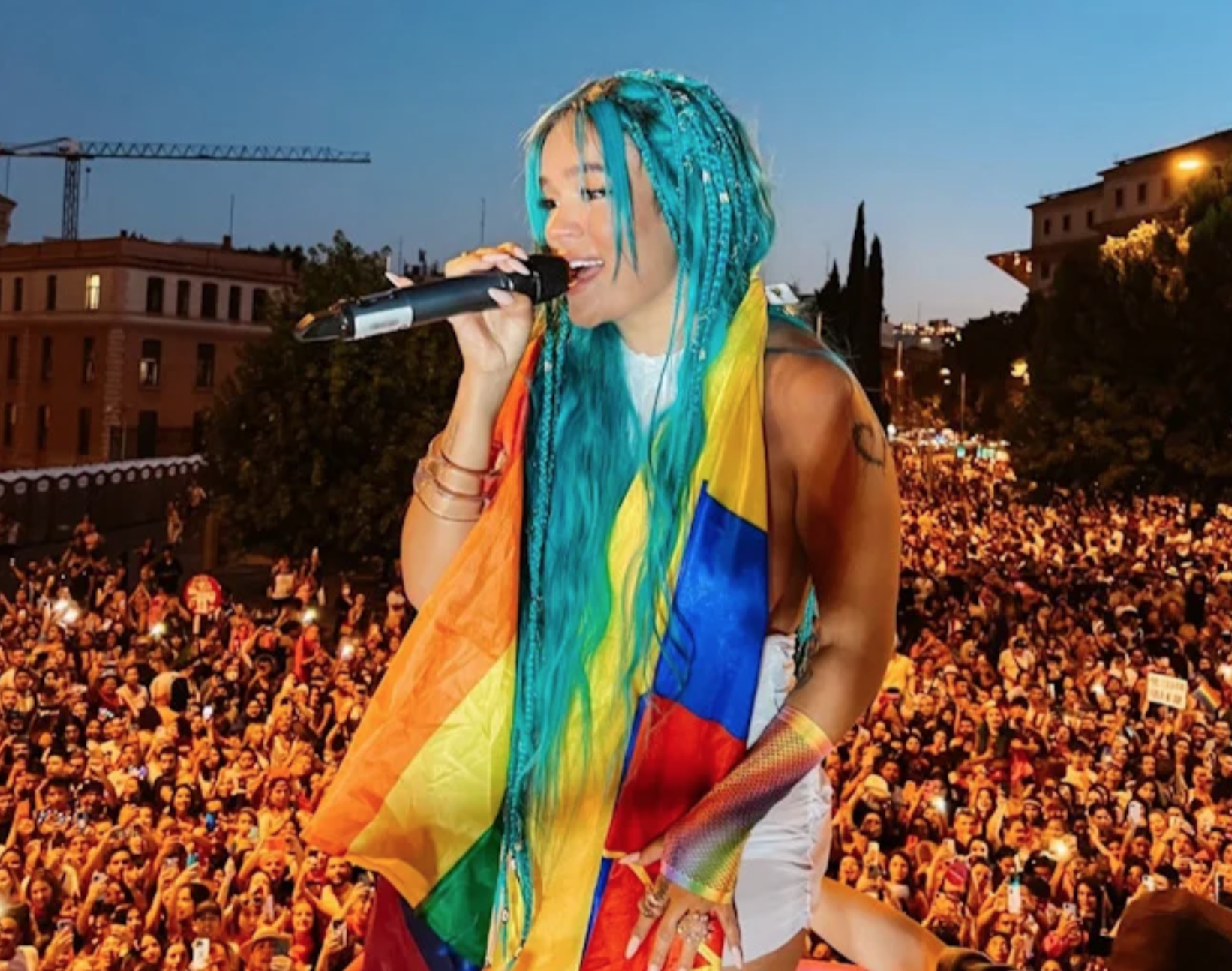 During a historic day for the LGTBQ + movement across the world, Karol G, the global Latin super star who continues breaking musical and follower records, was the main act of the MADO Parade, Madrid Pride, showcasing an original float customized in pink. The singer and composer performed her renowned hits, “Provenza,””MAMII,” “Bichota,” “Tusa” and “SEJODIOTO,” among others, thrilling the audience who followed her along the way with euphoria and a sense of freedom and joy.

During the 4-hour trajectory, Karol G did not stop cheering her audience from the top of the float, staying in constant contact with them.

After more than three years since her last visit to Spain, the artist surprised her extensive legion of followers the day before by posting a story on Instagram: “Madrid, I’ll see you tomorrow in Pride. We’re going to give each other a lot of love,” said the superstar. The love was reciprocated, as close to a million people sang her songs at the top of their lungs throughout the parade.

The music was provided by the radio station “Los 40,” which played all the urban hits and, of course, encouraged the audience who turned to the artist during a historic night.

An indisputable voice within the LGTBQ + community, and a worldwide icon of Latin music and the urban genre, Karol G has become an artist who doesn’t stop breaking records, and is the woman with the most number of sales in the Latin music industry.

Since the launch on April 22, “Provenza”the latest single from Karol G, has been trending at #1 and is #1 on YouTube,#1 in Apple Music Spain, #2 in Spotify Spain, #1 in Shazam during 9 consecutive weeks and #1 in Deezer.Additionally, it has surpassed all previous Karol G records with a solo launch.

The single portrays innovative sounds that explores the fusion of tropical rhythms, afro-beats and reggaeton melodies.

“Provenza” represents a new freedom; a place that invites you to revisit the old times and relive memorable moments from a peaceful place, full of inclusion, love and good vibes. Karol G showcases in her new music video, directed by Pedro Artola, the importance of finding mental peace, someone who attracts a prosperous life, with good company and prosperity.The video for“Provenza”was filmed in Lanzarote, one of the Canary Islands, known for its volcanic scenery, hot weather and beautiful beaches.