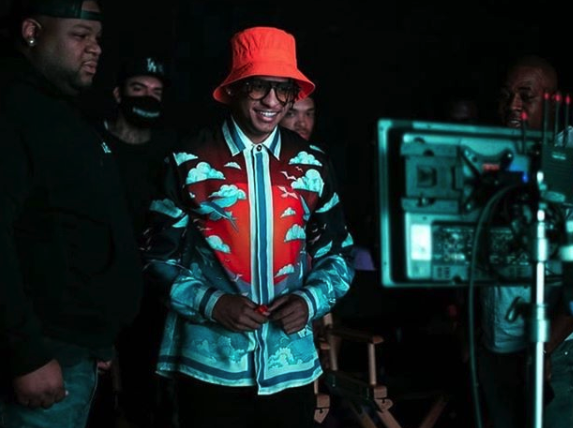 The undeniably catchy, up-tempo track is available now on all major digital streaming and retail platforms and the music video which premiered exclusively on Billboard today can be seen on YouTube. This exciting new endeavor for Cash Money is a joint venture with Taste Music Group, with major label support from Republic Records and Universal Music Latin.

Born in Bayamon, Puerto Rico, and raised in Cleveland, Ohio, 18-year-old Luis Armando has been waiting for this opportunity his entire life. Growing up in a musical household, he was inspired by watching his grandmother sing in the church choir. His pursuit of his passion began creating buzz around his hometown of Cleveland and soon he caught the attention of industry heavyweights. “Signing with Cash Money Records and the incredible team at Taste Music Group has been a dream I never thought I’d see come true. These are the same people who made Lil Wayne, Nicki Minaj, DRAKE… I couldn’t ask for anything better!”, explains Luis.

The vibrant video for Chica Mala was shot in Miami, FL under the direction of Luieville who is credited for his work with superstars such as Daddy Yankee, Maluma, Natti Natasha, Farruko and many more. A sexy underground dance party sets the scene for Chica Mala’s melodic urban sound, giving it a tropical vibe, oozing with sensuality.

Forming part of the new wave of artists breaking onto the scene in Latin music, Luis Armando is ready to join the ranks of Cash Money’s elite and take his dreams to the next level. The release of Chica Mala is only the beginning.