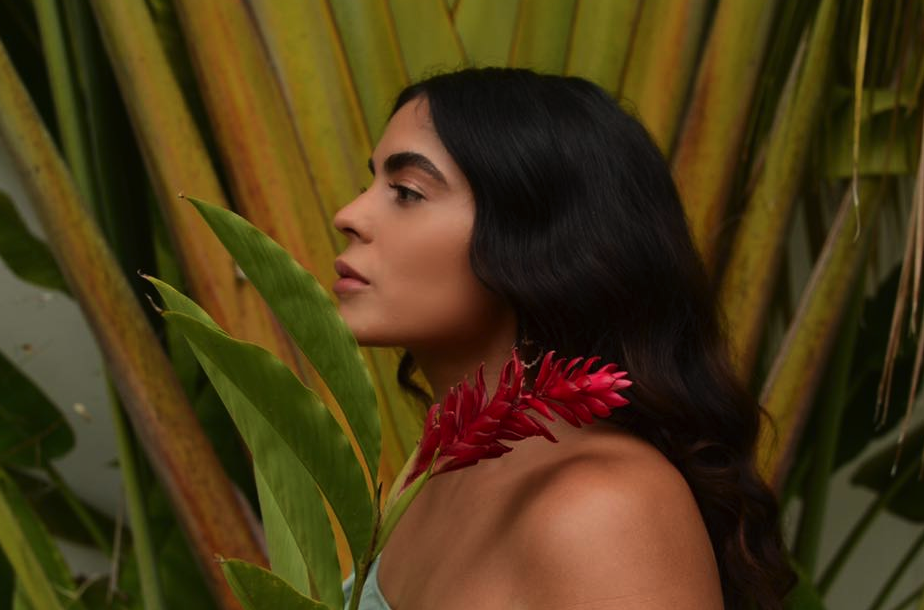 Musica Roots: Artist name, why and full name if necessary?

Immasoul: It means all I am and want to ever be.

Musica Roots: Where are you originally from? Ethnicity? Where do you reside now?

Immasoul: I was born in Chetumal, México, a small Caribbean town. I’m Afro-Mexicana from my mom’s side, and right now I’m living between Bacalar and Mexico City.

Musica Roots: What did your family and friends think when you told them about being an artist?

Immasoul: My parents always knew I had a restless mind, I don’t think they were very surprised, but probably a few people were in shock when they found out.

Musica Roots: When did you start?

Immasoul: I have danced my whole life, it runs in my family, there are also professional painters on my dad’s side of the family, music, and arts have always felt comfortable to me. I studied piano when I was a kid and ended up going to music school.

Musica Roots: Your favorite venue of all time to perform?

Immasoul: In 2018 I was the opening act for Mexico City, Nike Battleforce final event! Princess Nokia was the headliner, It was a huge stage, a huge production, it sounded awesome, and felt great.

Musica Roots: Favorite bar to dine and go for drinks in your hood? Why?

Immasoul: I love La Playita, Macario in Bacalar are super relaxin, and Departamento, Nasas on Thursdays, and Bar Oriente, are some good spots in Mexico City.

Musica Roots: When did you take the step to become an artist? What/Who inspired you?

Immasoul: I grew up listening to R&B and Afro Caribbean music, I wrote my first song when I was 14  I was digging all kinda content, I think I was 15 or 16th when I first heard “back in the day” from Erykah Badu, I was inspired by the whole concept. I think maybe that song gave me strength or something, I remember it gave my life a whole new meaning.

Musica Roots:  What would you like to promote? New Song? Upcoming Show? etc…

Immasoul: I recently dropped new music on April 3rd! Quédate is such a good song, it’s up and fun, and reminds me how much I love to dance and invite people to do so.

Musica Roots: What genre of music do you consider your work to be?

Immasoul: R&B en Español and I will always have some Caribbean spice.

Musica Roots: Who are your major influences?

Immasoul: Erykah Badu, Jill Scott, Lauren Hill, but lately I’m really into Sampa the great, Koffee and loving what the Latino crew is doing in Español.

Musica Roots: What instruments do you play?

Immasoul: Well my voice is my most important instrument, I do play piano, but I should practice more. I did a little bit of trumpet, and I love harmonizers!

Musica Roots: Who writes your songs?

Immasoul: I wrote my music all my life, but I just started working with Zizzy who is this amazing composer, things are going pretty swell, The result is beautiful.

Musica Roots: Where do you find your inspiration?

Immasoul: I’m more of a what’s going on around me, while Zizzy is more of a “take a swim in my soul” kinda guy, we ended up making some fine romance.

Immasoul: Life, observing, making sure I feel the beat, and makes me wanna hear myself on it…go for the lyrics and try to make sense of it all, I gotta love it, to share it with the world.

Musica Roots: What advice do you have for young up and coming artists?

Immasoul: “Be yourself, don’t be afraid, shits hard, work hard, nothing good will come easy, Kali Uchis did say that on a song, and she ain’t kidding.”

Musica Roots: Any Latin artists you would like to collaborate with?

Immasoul: Kali Uchis, Jessie Baez, C. Tangana, Paloma Mami, Aquí hay Aquí hay, there are so many, I would like to do something with all of them.

Musica Roots: Why do you think it’s important for us to feature your interview in English instead of Spanish?

Immasoul: I feel there is great content being done in Español, and promoting it, it will help to overcome the language barrier, and motivate people to try to connect with the language and the music.

Musica Roots: If you quit doing what would you be doing? Side hustle or hobby?

Immasoul: Music is my life, and you gotta fulfill the soul. I don’t even see myself doing something else.

Musica Roots: Are you the only talent at home?

Immasoul: My little sister is a filmmaker, and my other 3 sisters are truly talented dancers, I think we are an artistic family, everyone is very creative.

Musica Roots: The most embarrassing moment?

Immasoul: I have fallen on my face many times, but they haven’t recorded it yet.

Musica Roots: Are you single? If so, how’s the dating scene as an artist?

Immasoul: I’m not single, I’m taken by the music, it’s powerful and I love it and it’s all I’m invested in at the moment.

Musica Roots: Besides fans, who would be a good connection for you? How can we best help you succeed?

Immasoul: Anyone who listens to my music, and is opened to hear new talents, new music in Español or other languages, has my complete attention.

Musica Roots: Is there a charity you advocate for? Why?

Immasoul: I’m always trying to be involved in women empowering, and body positivism causes. Right now I’m part of a movement called “Fuerza nuclear” women in music from México city, and every day is more organized, and I hope we create something good, some awareness and opportunities together.

Meet The Sanchez Sisters from Texas Who Released Their New Single...