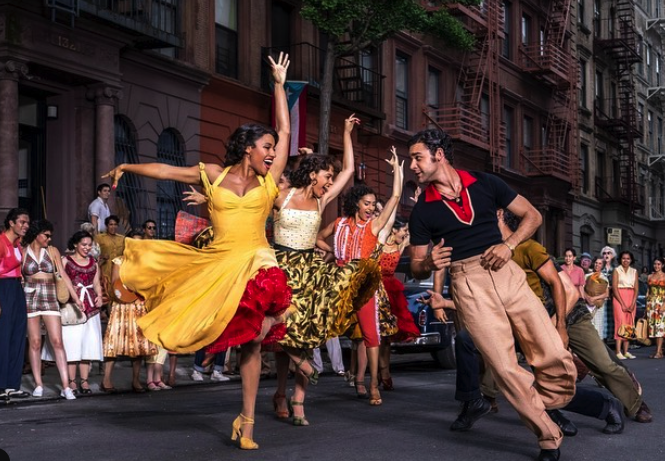 In honor of this year’s Women’s History Month, we celebrate these three important Latinas that have made an impact in the entertainment industry, inspiring young and adult women, all the same, to keep it pushing and don’t let anybody pin them down, no matter the difficulties in the way.

It is not new to anyone to hear that the entertainment business is completely unfair, most of the time when it comes to women. Women have to work twice as hard to get just half of the things that men in the industry are allowed to have from the very beginning, not to mention the endless criticism and double standards they have to go through once they have reached their place in the spotlight, so of course, we have to celebrate those who have fought endlessly for their place.

Ariana DeBose is what everyone knows as a triple threat: an actress, singer, and dancer.

She made her debut in the TV show ‘So You Think You Can Dance?’ back in 2009, later joining multiple broadway musicals with important roles, showcasing her amazing talent with important projects like Hamilton, and Summer: The Donna Summer Musical in 2018, where she was nominated for a Tony Award for Best Featured Actress in a Musical, apart from having appeared in different Movies and TV shows.

Most recently, Ariana had a supporting role in the newest adaptation of ‘West Side Story’ by Steven Spielberg, receiving nominations in every major award ceremony of the year, and winning every single one of them. She also became the first openly queer Afro-Latina to be nominated for an Oscar, and she also won the category, making history.

Another triple threat, just like Ariana DeBose, Rita Moreno is a 90 years old internationally recognized Puerto Rican actress, singer, and dancer, present in the entertainment industry since 1943, having appeared in countless productions, from TV shows to movies, to theater projects.

She has the ‘EGOT’ status, meaning she has won at least one Emmy, a Grammy, an Oscar, and a Tony Award. Her most recent appearance was in ‘West Side Story’ (2022), a movie she won an Oscar for back in 1972, with the first adaptation.

She’s been around for a long time and has had to endure a lot of things to be where she is, so of course, she’s a role model for everyone out there trying to persevere.

Selena Marie Gomez, is the daughter of an American-born father, of Mexican descent, making her a third-generation Latina, although she has stated multiple times that she remains close to her parental family roots.

She has explored her Latin identity through music multiple times before, most recently whit the critically acclaimed EP ‘Revelación’, heavily influenced by reggaeton and more Latin rhythms.

Selena is a prime example of resilience, being active since 2002, seen for the first time in ‘Barney & Friends’, later gaining recognition by appearing in ‘The Wizards of Waverly Place’, sending her to stardom, where she began to make music and made several movies.

Currently, Selena Gomez is considered one of the most successful women, with her makeup brand ‘Rare beauty’ doing amazingly well while working at the moment in different shows and movies both as a producer and an actress, without letting her music to the side.

All this while struggling with Lupus, having to undergo chemotherapy for this, and even a kidney transplant, back in 2017.

These are only a few in the endless list of Latin women that have fought for a place in the industry, but we have many more like Karol G, and Becky G, currently taking over the reggaeton scene even though is known for being close-minded and dominated by men, as well as many other powerful women that are trying to make a change and create a new path for the upcoming talent to have it easier.

The struggle and the inequalities look like they’re never-ending, but we will get there eventually, but in the meantime, we have to remember and celebrate the ones that came before and the ones that are still fighting.

Prince Royce Teams Up with Zion y Lennox on ‘Trampa’