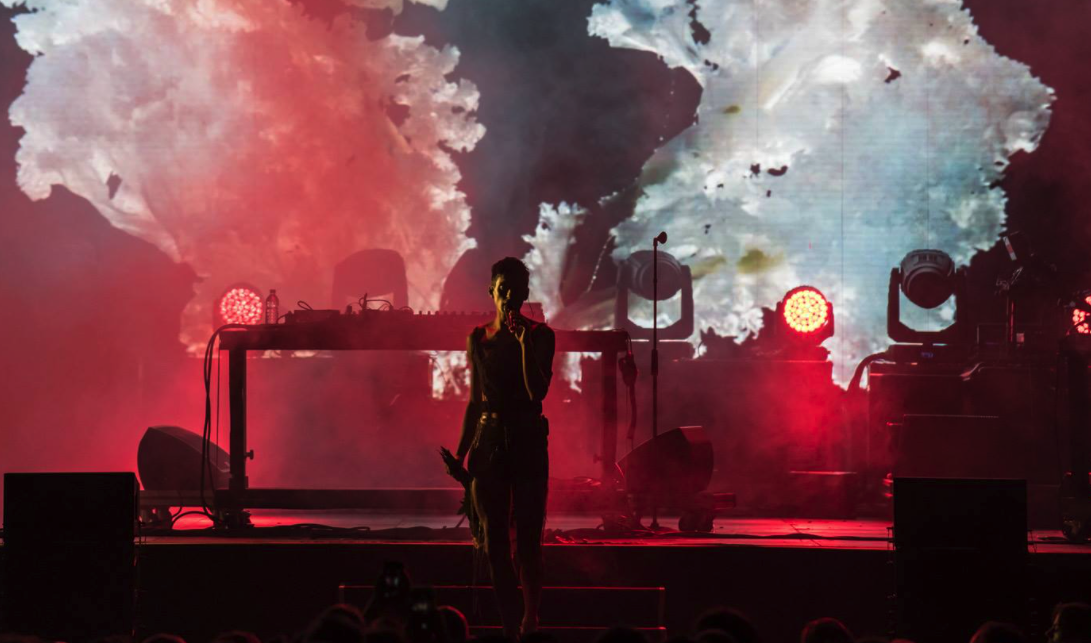 Music is art, and like every expression of art, some people will be uncomfortable looking at it, but some people will love it and understand it. Because, of course, art is supposed to evoke emotions, and the message will resonate with some but not with everyone.

And for many people, that’s Arca. The Grammy-nominated artist has been climbing her way to where she is right now, working with the Venezuelan group La Vida Boheme, on their Grammy-nominated album, to producing for Kanye West, FKA Twigs, and Björk.

Last year, the Venezuelan artist dropped the first installment of her newest era: KiCk i, where she worked with artists like Rosalía, SOPHIE, and Björk.

The album received a general acclamation from critics and fans and a Grammy nomination for Best Electronic Album, being her most streamed and ‘mainstream’ album, gaining her a collaboration in the Euphoria HBO soundtrack, with her original song called ‘Mother.’ She recently worked with Lady Gaga in Ariana Grande on the Rain on Me Remix.

Arca has always talked about her experience as a trans person and everything about her queer experience, making music that might be disruptive and even noisy to some people, but this 2021, she proved to everyone her range when it comes to music.

She released four installments of the KiCk universe, finishing the era with really different albums between them. She dropped an album per day from November 30 to December 3, while everyone talked about her, thanks to her two vogue cover features. One for Vogue Latin America, and one for Vogue Mexico, sparking a conversation about transness, making music that’s not for everyone, and what she meant for her fans: a voice, liberation, representation, transgression.

With KiCk ii, she tapped more into her Latina side, making some reggaeton tracks a lot more danceable like the double single Prada/Rakata while keeping her experimental essence, with tracks like Muñecas, and even a ballad, featuring Sia. Transitioning into KiCk iii, she went back to the experimental sounds in her albums Mutant and Xen, a lot noisier and busier.

Closing with ‘Joya,’ it made a lot more sense when KiCk iiii came around the corner, with more distorted instruments like piano, bass, and electric guitars, running towards ‘ambient’ music, with equally beautiful lyrics to match the overall vibe.

Again, it served as an opening of the last installment: KiCk iiiii, where she jumped in full to the ambient vibe, making an album that feels like a warm hug, nostalgic but not necessarily sad, simply just moving and emotional.

With this project, she really went through it all, different genres and styles, different types of lyrics, and different feelings, proving to everyone that experimental music is not just “noises,” as some people like saying while making a statement.

Because as mentioned before, art is supposed to make people feel things, even if those feelings aren’t necessarily comfortable. It makes you reflect, even if you don’t want to think about it.

That’s why artists like Arca, with this transgressive point of view to her music and persona, deserve to have a spotlight—changing perceptions little by little.

From Montreal to YouTube – See “Mira Mira Mira” by Estēvan...