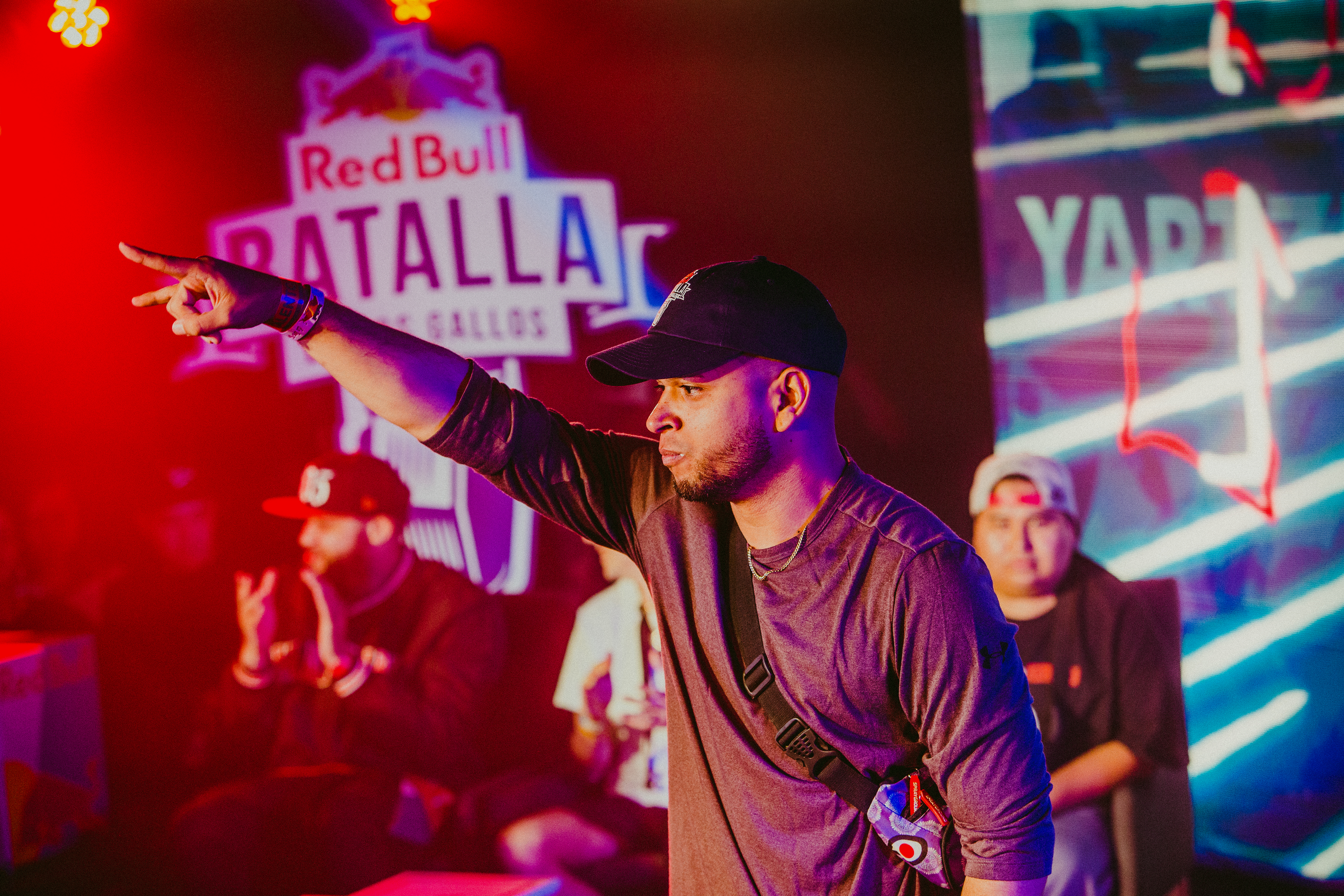 Red Bull Batalla de los Gallos, the most important freestyle rap competition of the Spanish-speaking world, today announced its line-up of talented contestants in Miami on Oct. 24. The competing artists will include Yartzi, the reigning U.S. champ from Puerto Rico, who will defend his title against 15 challengers from seven different states.

Chosen for their impressive ability to craft razor sharp rhymes and verses in split seconds, these lyrical improvisers are some of the finest MCs coming out of the U.S. This year, competitors from Austin, Denver, Miami, Orlando. Phoenix, San Diego, New Yorkand Puerto Rico will be represent their respective cities in the U.S. Final through their real-life based freestyles, distinctive deliveries and innovative styles. Only one of the contestants will go on to represent the U.S. in this year’s World Final.

In total, Red Bull received more than 700 applications from 40 states and Puerto Rico to compete in the 2020 Red Bull Batalla de los Gallos US Final. In addition to Yartzi returning to defend his title, three additional competitors – Jordi, Nico B and OG Frases – return to compete in the event for the second-straight year, while 12 new MCs will also grace the stage.

Yartzi is a Puerto Rican MC and reigning Red Bull Batalla de los Gallos USl champion. Over his career he has amassed titles including International Champion of 7 to Punch in Mexico and second place in the world at the Double AA in Argentina. He most recently participated as the first Puerto Rican MC in the Freestyle Master Series.

Omar AKA OG Frases has been active in the freestyle world since 2006. He is five-time champion of the Miami Freestyle League, is the Miami Regional champion for Batalla de Maestros and placed third in the Red Bull Batalla de los Gallos US Final in 2019.

Jordi was born in Texas and raised in Mexico before returning stateside at 16 and becoming the Red Bull Batalla de los Gallos US Final’s second-place finisher in 2019. The psychology major currently resides in Austin.

Nico B is a Colombian MC living in Miami, who participated in the 2019 Red Bull Batalla de los Gallos US Final in Miami.

Alexander AKA BrolY is humble kid from Puerto Rico looking to represent his island doing what he loves – freestyle rap.

Davis AKA Boss is a Spanish freestyle rapper born in Los Angeles.

Edwin AKA ChelseaKun is a 19-year-old Guatemalan MC currently living in Miami. Having been the two-time regional champion in Guatemala, ChelseaKun hopes to show the US scene that he is one of the most promising MCs in the US.

Jorge aka Chester is a member of the groups Y-MEN and Cthulhu Raps, and is part of the collectives DE LA FLOW and SD Music Room. Currently living in San Diego, he has been involved with the local scene and the expansion of Spanish-language hip hop in America.

Erickson Nunez AKA Eckonn is a 23-year-old freestyle champion, singer and songwriter from Venezuela currently residing in Orlando, Florida.

Anthony AKA El Dilema is an MC who entered the world of Freestyle in the Dominican Republic in his youth. After moving to the United States, his craft evolved as a result of the influences of the culture and hip-hop scenes in the country. El Dilema is a resident of New York City.

Victor AKA El Poeta is an MC born in a small town called Empalme in the state of Sonora, Mexico, but he currently resides in Arizona. His beginning in hip hop culture can be traced back to his country of origin, but he has always felt a connection with the US scene having been raised in a border state. El Poeta has been rapping since he is 16 and favors hardcore.

Omar AKA Maco, is a Peruvian in the United States looking to fulfill his goals. Maco was first introduced to the rap world by listening to Rapper School when he was just 12. Given the opportunity to see it live on stage, he made it his goal to be a competitive MC and participate in similar competitions.

Marcos AKA Reverse is an MC living in Orlando that is looking at Red Bull Batlala de los Gallos as his chance to make his mark on the US Freestyle scene.

Hector AKA Snow was born in Venezuela, Tachira State, where he lived up until two years ago when he emigrated to Denver Colorado alongside his family. With only 21 years of age, Snow already has decade of experience in the hip hop world having started recording his own music at 15 and started competing at age 19.

Andres aka VDollar is an MC born in Maracaibo, Venezuela who moved to Miami.

The Red Bull Batalla de los Gallos US Final will take place in Miami on Saturday, Oct. 24 at 7:00 p.m. ET and can be streamed live at www.redbullbatalladelosgallos.com

Banda MS Members Save Child From Falling Off Hotel Balcony