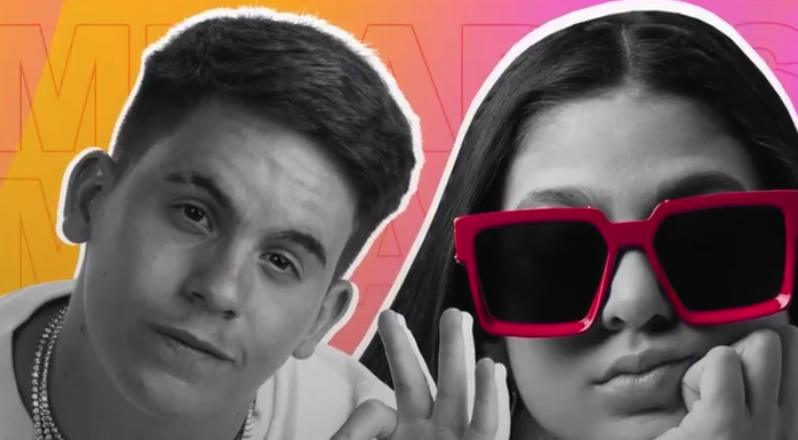 Rising singer-songwriter VF7 continues to grow her flourishing career in the music industry. This time, she joins Spanish phenomenon JuanFran to release TODAY their new single and music video, “Par De Miradas”, a song that tells the story of two people who do not complement each other.

“Par De Miradas” is a song that was on the books for a while and was well worth the wait. I had been waiting to collaborate with JuanFran for a while, and I was finally able to meet him in Spain and we managed to work on the single in Puerto Rico. It’s a long awaited collaboration, you’ll enjoy it. My fans asked for it a lot, and now we have it here for you all,” mentioned VF7.

Likewise, JuanFran predicts success for the single and assures that it will not be the last time they record together.

“It was a pleasure working with VF7. At her young age, she has a unique flow compared to other singers, and she is also very fun to work with. One day we went into the studio in Puerto Rico and we started listening to beats and started composing,” he added.

The audiovisual production, which releases simultaneously with the single, showcases both artists in an exchange of words through a phone call, taking place in a dark setting and although they would like to be with each other, they know they must each follow their own path. The official music video, directed by Abner Maldonado, for Abez Media, was filmed in Puerto Rico meanwhile JuanFran’s scenes were filmed in Spain.

VF7 made her performance debut with a live band during her first virtual concert broadcast live through her official YouTube channel. The event took place at El Coliseo de Puerto Rico. Her previous single and music video, “De Mi Para Ti,” received praise and acceptance from her fans, and it accumulated more than 6 million combined streams on all digital music platforms. The young singer-songwriter will certainly continue to grow in the industry, taking her career to the next level. Currently, VF7 continues working and adding the finishing touches to what will be her debut album “Núcleo”, which will soon be released and will feature unreleased collaborations. Stay tuned!

ALINA Prefers Being on a Boat “Sola” in Her Latest Music...