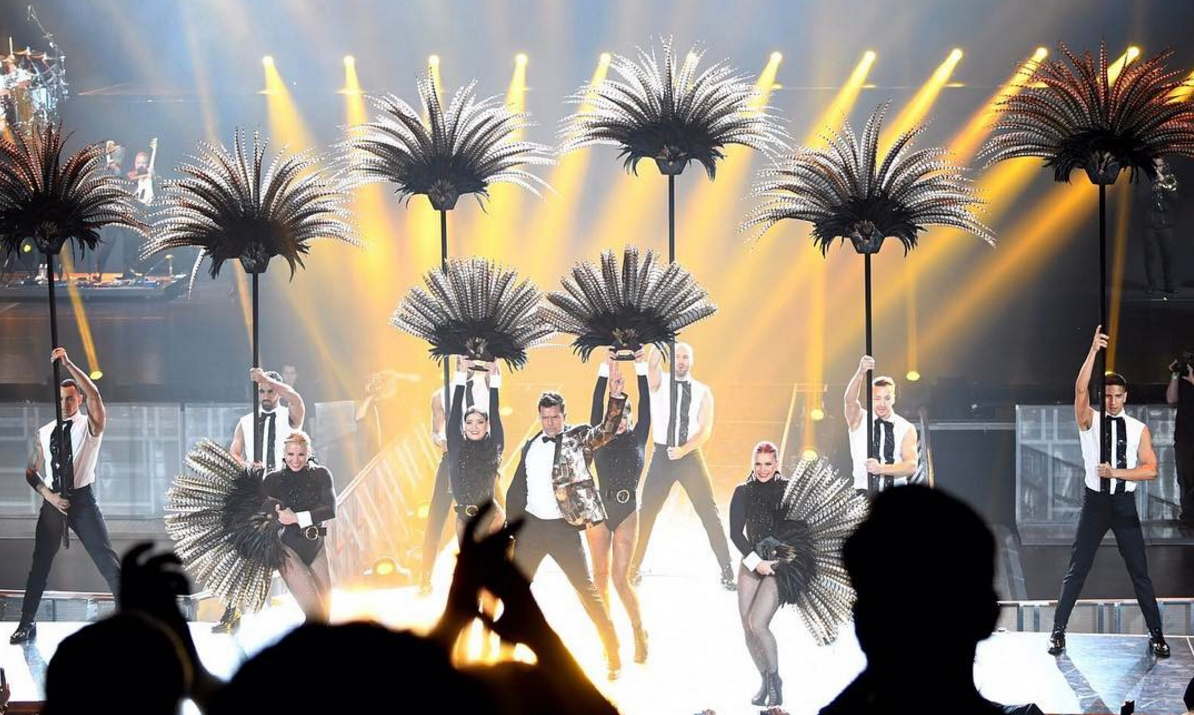 Latino superstar, and all-around Latino-America’s sweetheart Ricky Martin ended the first run of his Las Vegas residency at the Park Theatre at Monte Carlo on April 15, and the affair was not disappointing, to say the least.

Ricky Martin first announced his desire to headline a Las Vegas residency on The Ellen Show late last year and confirmed the news shortly after during a press conference. Those who remember Ricky from his Menudo days have been waiting for a show like this. Although his musical career spans over 20 years, Ricky had been absent from the charts for a few years, coaching on The Voice Mexico and The Voice Australia prior to releasing his latest album A Quien Quiera Escuchar (2015). His chart-topping hits “La Mordidita” and “Vente Pa’ Ca” featuring Maluma quickly reminded fans why Ricky Martin is a cross-cultural superstar.

All In begins with a pre-show video projected onto giant screens, complete with an “on the run” motif, Ricky Martin arrested (for being sexy?) and then holed up in a cheap Vegas motel. “Livin’ La Vida Loca” then blasts as Ricky is lowered onto his Vegas stage on a square lift clad in a golden tuxedo jacket.

Ricky brings it, performing his greatest hits “La Bomba,” “Maria,” “Vuelve,” “Drop It on Me” and “She Bangs.” Christina Aguilera joins Ricky via big screen for their duet “Nobody Wants to Be Lonely,” as does Maluma for the crowd-pleasing “Vente Pa’ Ca.” Surrounded by dancers paying homage to glitzy old school Las Vegas, reminiscent of The Rat Pack, and Spanish matador’s, a couple of outfit changes and sweat-inducing choreography, Ricky goes All In to close out the show with “The Cup of Life,” teasing the crowd for more as confetti drops from the ceiling. The Park Theatre was full of fervent Latinos excited to be witness to an icon. It is a show to see. And no Las Vegas residency is complete without a celebrity citing (Christian Castro was spotted at the April 15th show).

Ricky Martin returns to Las Vegas for more All In come June, get tickets here. Until then, check out a preview of the show here.